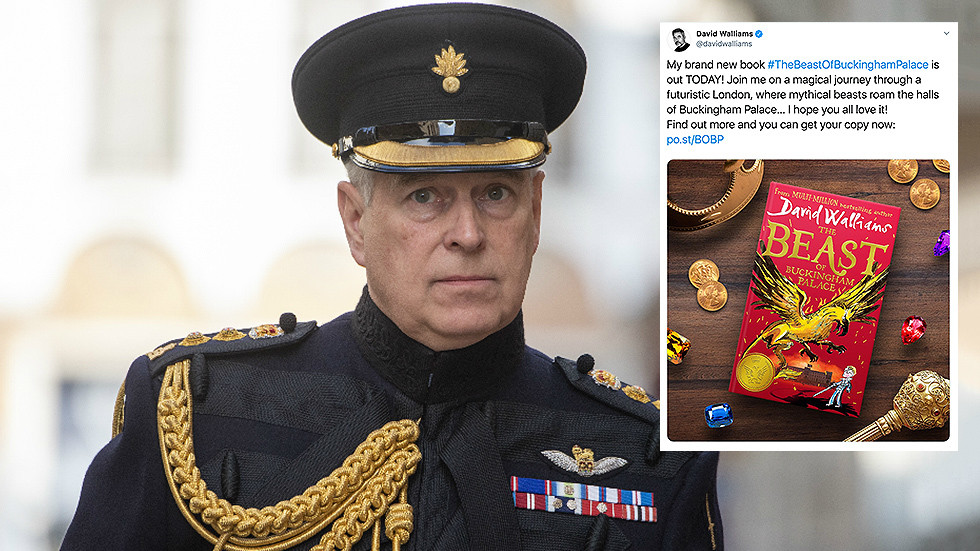 Comedian and ‘Little Britain’ star David Walliams’ new children’s book ‘The Beast of Buckingham Palace’ has caused quite a stir on Twitter, not because of its content but for the perfect comedic timing of its release.

At pretty much any other point in 2019, the online commentariat would hardly have batted an eyelid at Walliams’ book title, however, in the immediate aftermath of Prince Andrew’s disastrous BBC interview and subsequent demotion to royal family pariah, online commentators could hardly contain themselves.

“As they say, the secret of comedy is timing,” comedian Frankie Boyle said in response to the release.

My brand new book #TheBeastOfBuckinghamPalace is out TODAY! Join me on a magical journey through a futuristic London, where mythical beasts roam the halls of Buckingham Palace… I hope you all love it!
Find out more and you can get your copy now: https://t.co/Lm3B4pAo8b pic.twitter.com/vjhTj487vr

As they say, the secret of comedy is timing https://t.co/8ZW2dyWT4o

The car crash interview saw the Duke of York attempt to defend and downplay his friendship with suspected sex trafficker and pedophile Jeffrey Epstein. He has since been summarily dumped by a series of companies and charities with whom he worked before being dismissed from public duties by the Queen herself.

My brand new book #TheBeastOfBuckinghamPalace is out TODAY! Join me on a magical journey through a futuristic London, where mythical beasts roam the halls of Buckingham Palace… I hope you all love it!
Find out more and you can get your copy now: https://t.co/Lm3B4pAo8b pic.twitter.com/vjhTj487vr

To add insult to injury for the disgraced Prince, there’s now a children’s book out in time for Christmas which has, once again, drawn the public’s attention to, at best, his alleged indiscretions and worst his alleged sex crimes.

Walliams’ own tweet announcing the book has been hijacked by users who simply couldn’t contain their macabre mirth at the fortuitous timing.