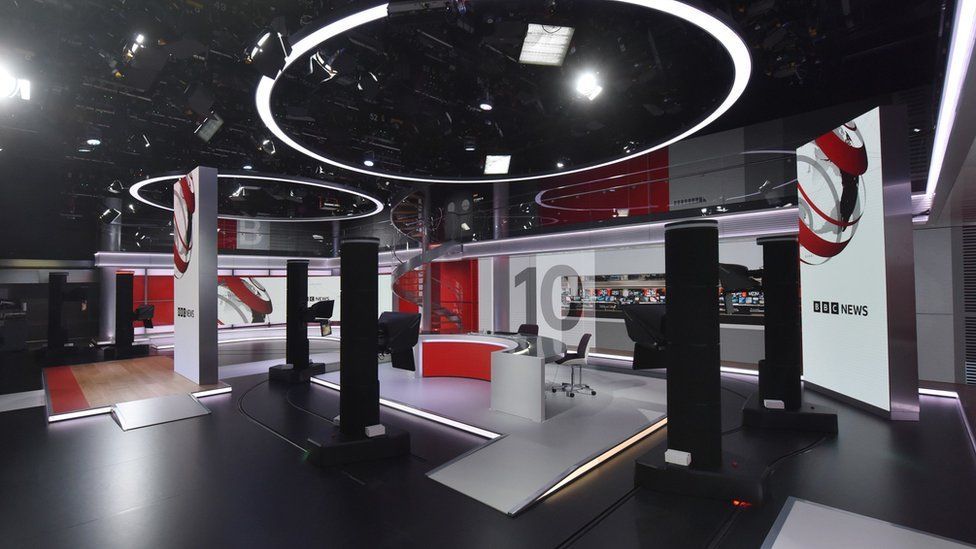 The BBC has unveiled an upgraded TV studio for its flagship news programmes, including the BBC News at Ten.

"It gives us a platform which allows us to tell stories in a much more vibrant, creative and impactful way," said chief presenter Huw Edwards.

It was seen for the first time on BBC One's News at Ten on Monday.

The overhaul is the first revamp of a central London BBC News studio in a decade, the BBC said.

Speaking before the first broadcast, Edwards added: "We're really proud of it and I can't wait to share it with our viewers."

The new set - located in the basement Studio B at New Broadcasting House - will also be home to London's regional bulletins and a host of other news programmes.

The new curved catwalk has been designed to make the most of the large space - while the robotic cameras move silently across the floor on hidden tracks.

Interactive screens will also feature in the new studio, allowing presenters to choose between different types of content, and a larger weather map will also be in place. 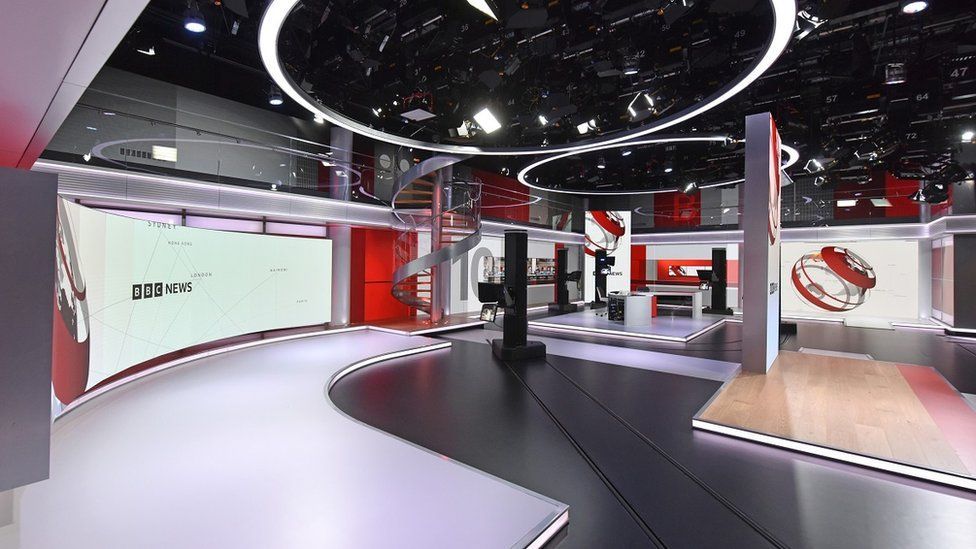 It can also be reconfigured for special broadcasts, such as election specials.

The studio is part of the BBC's commitment to modernise the delivery of its news output and better serve its audiences, the corporation said.

Behind the scenes, the new studio requires less power than its predecessor Studio E, thanks to the installation of LED lighting. 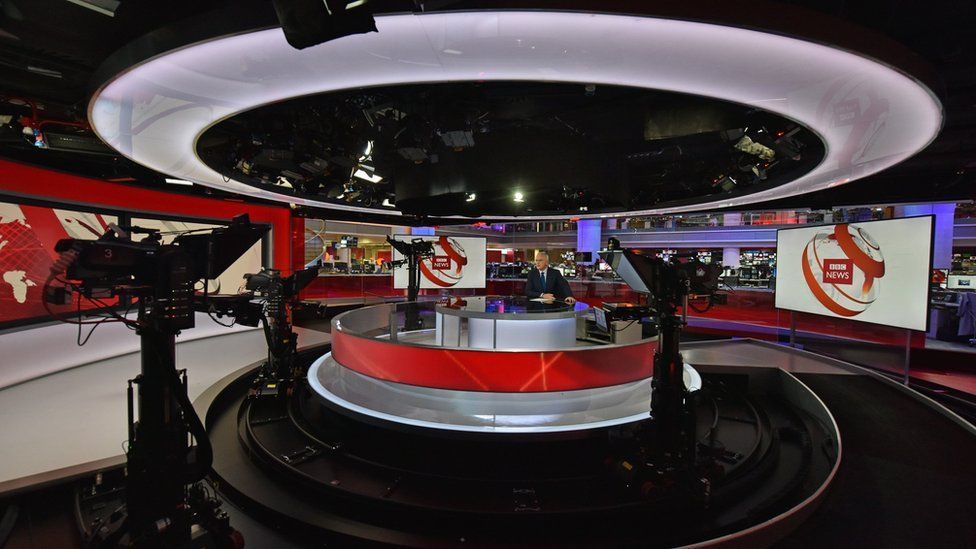 Jonathan Munro, interim director of BBC News, said: "Bringing greater value to our audiences has been at the core of this project and we're so excited to finally bring the newly refurbished studio to viewers at home.

"As the first major refurbishment our news studios have seen in a decade, it is a real blueprint for how we move forward in future-proofing our news output."