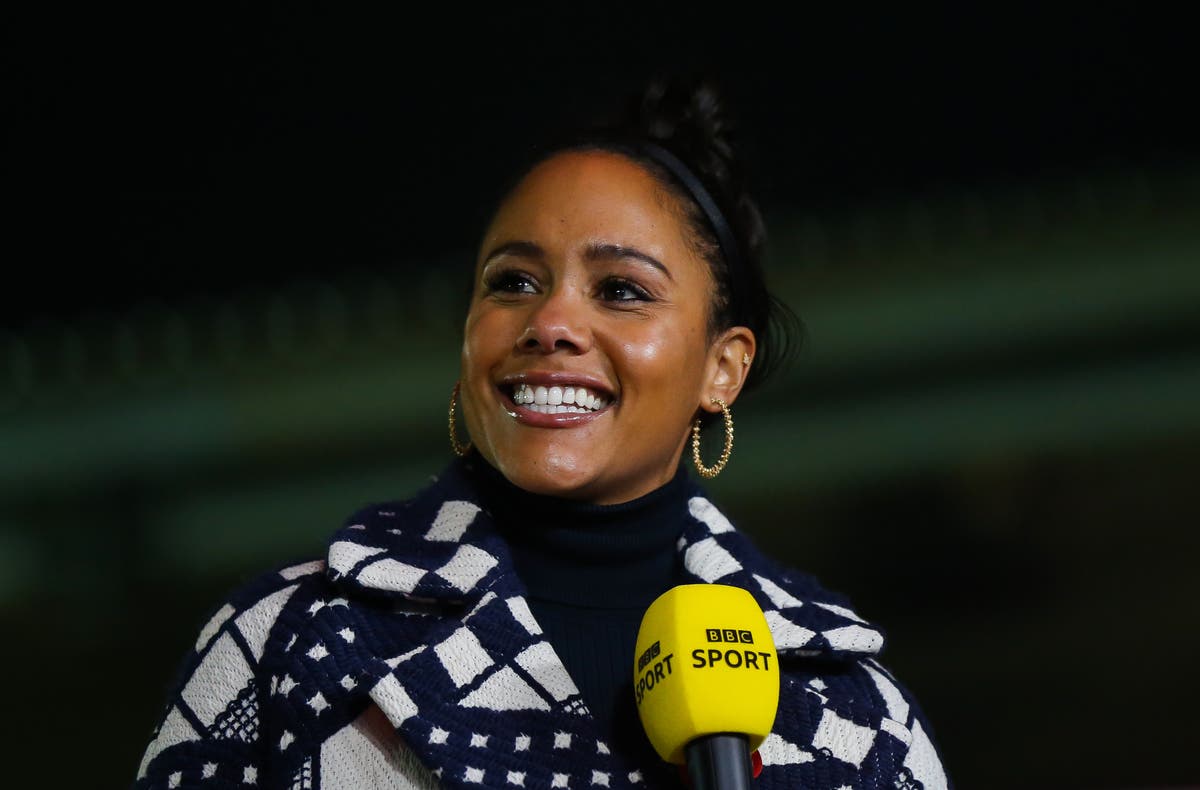 Lord Digby Jones slammed the BBC presenter in a tweet claiming she “spoiled” the BBC Olympics coverage because she didn’t pronounce her “g”s at the end of a word.

Speaking out, the TV broadcaster, 36, declared she was proud of her accent and her working class London roots in a response on Twitter on Friday.

The proud London born star wrote wrote: “I’m from a working class family in East London, Poplar, Tower Hamlets & I am PROUD. Proud of the young girl who overcame obstacles, and proud of my accent! It’s me, it’s my journey, my grit.”

She added: “A quick one to any young kids who may not have a certain kind of privilege in life. Never allow judgments on your class, accent, or appearance hold you back. Use your history to write your story. Keep striving, keep shining & don’t change for anyone.

“Tweets like this just give me the energy to keep going See you tomorrow.. live on BBC baby.”

Lord Digby Jones criticised the TV star on social media in a slew of tweets.

He wrote: “Enough! I can’t stand it anymore! Alex Scott spoils a good presentational job on the BBC Olympics Team with her very noticeable inability to pronounce her ‘g’s at the end of a word. Competitors are NOT taking part, Alex, in the fencin, rowin, boxin, kayakin, weightliftin & swimmin.”

He added: “She’s hot on the heels of Beth Rigby at Sky the Home Secretary for God’s sake! Can’t someone give these people elocution lessons? I fear that it may be aped by youngsters along the lines of the use of the moronic interrogative originally caused by “Neighbours”; on behalf of the English Language…..Help!”

Fans gave their unwavering support to the BBC presenter praising her presenting skills.

He wrote: “From a proud sarf Londoner to a proud East Londoner: well said @AlexScott Our diversity is our strength.”

Among the sea of comments, one wrote: “You’re amazin! Really doing a superb job. Ignore the trolls.”