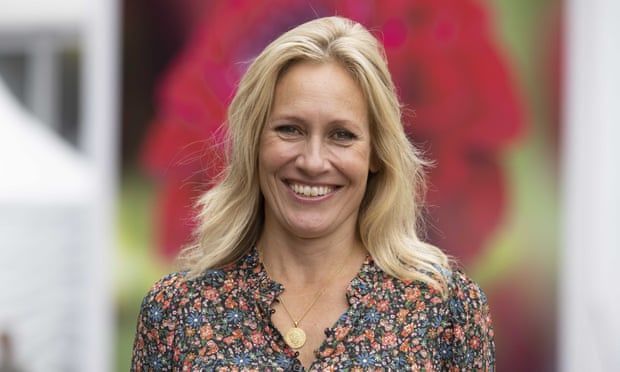 Raworth will fill in on Sunday mornings while corporation recruits permanent replacement for Marr
Sophie Raworth has been announced as the interim presenter of BBC One’s flagship Sunday morning programme, currently known to viewers as The Andrew Marr Show.

The BBC said Raworth would present the programme, temporarily titled Sunday Morning, from 9 January. The news follows Marr’s recent announcement that he is leaving the BBC after more than two decades.

The BBC said Raworth would front the popular show for a “short period” while a recruitment process for a permanent presenter took place. Once a permanent appointment was made, the programme would relaunch with a new presenter, title and look, the BBC said.

Raworth is one of the main presenters of BBC News at Six and BBC News at Ten and has experience covering for Marr. She joined the BBC regional trainee scheme in 1992 and went on to report for Greater Manchester Radio. She later moved to Brussels as a BBC Regions correspondent.

In 1995, she moved to Leeds for BBC Look North, which is where she first presented the news. She joined BBC Breakfast News in 1997 as a co-presenter.

Raworth has also presented for the broadcaster from the Oscars in Los Angeles, in Washington for Bill Clinton’s impeachment trial, and during a special programme for the Queen’s goldenjubilee celebrations in 2002.

She hosted BBC Breakfast alongside Jeremy Bowen from its launch in 2000 and has also presented election night coverage, Watchdog, Crimewatch and the Chelsea flower show.

She has previously spoken about the experience of reporting on the Covid pandemic, telling Runner’s World: “It was the first story I’ve ever done where it wasn’t something you could escape. After all, it’s affecting your life as much as everybody else’s. This has been like no story I’ve done before. At work we live and breathe it, there’s no escape whatsoever. I did start to feel really claustrophobic. Everybody’s world is just that bit smaller.”

Outside of her BBC duties, Raworth has chaired the panel of judges for the Costa Book of the Year award. She is also a keen runner, having taken it up seriously about a decade ago, and has spoken publicly about the experience of running more than a dozen marathons – and many more half-marathons – in that time, including her collapse during the 2011 London marathon as she ran to raise funds for Cancer Relief.

Marr has said he plans to focus on writing and presenting political and cultural shows for the media company Global and writing for print titles, including the New Statesman, where he will be chief political commentator. His last show will air on 19 December.
#Covid
Add Comment