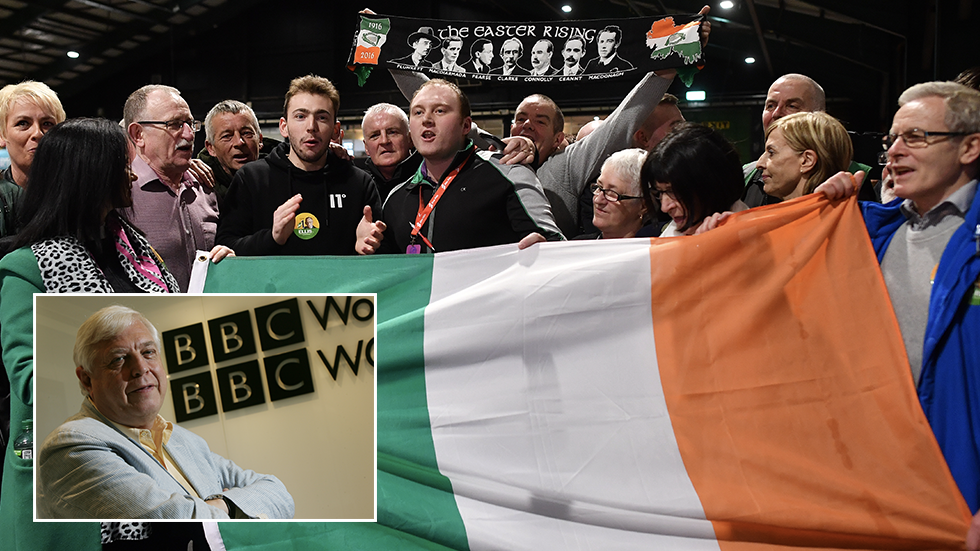 Simpson – who has spent his working life at the BBC reporting from a host of war zones around the world – took to social media on Monday morning to ostensibly voice his dismay at the election results.

He suggested the emergence of Sinn Féin to break up the duopoly of center-right parties was nothing more than a case of the Irish electorate caving in to “populism.”

So Ireland, which has been politically stable for decades, has also succumbed to populism now.#GE2020.

The 75-year-old journalist’s remarks have been widely condemned on Twitter, with many essentially accusing the veteran BBC reporter of having little understanding of the lives of Irish people. Such sentiments were perfectly encapsulated in one tweet which read: “You lot really know nothing about us at all.”

Others accused Simpson of “imperialism,” for branding Ireland unstable for voting to change the direction of the country, simply because Sinn Féin poses a threat to the “British ruling class.”

While another person frustratingly asked: “If John Simpson’s analysis can be so spectacularly wrong what hope is there for the rest of the British media/general public.” Gifs were also posted, giving Simpson some ‘gentle’ advice.

Sinn Féin’s rise is being put down to the party running on an anti-austerity campaign which focused on tackling the housing crisis by promising to build more social housing,and delivering better healthcare. The party’s emergence is also likely to increase calls for a referendum on Irish reunification, a key component of Sinn Féin’s policy platform.