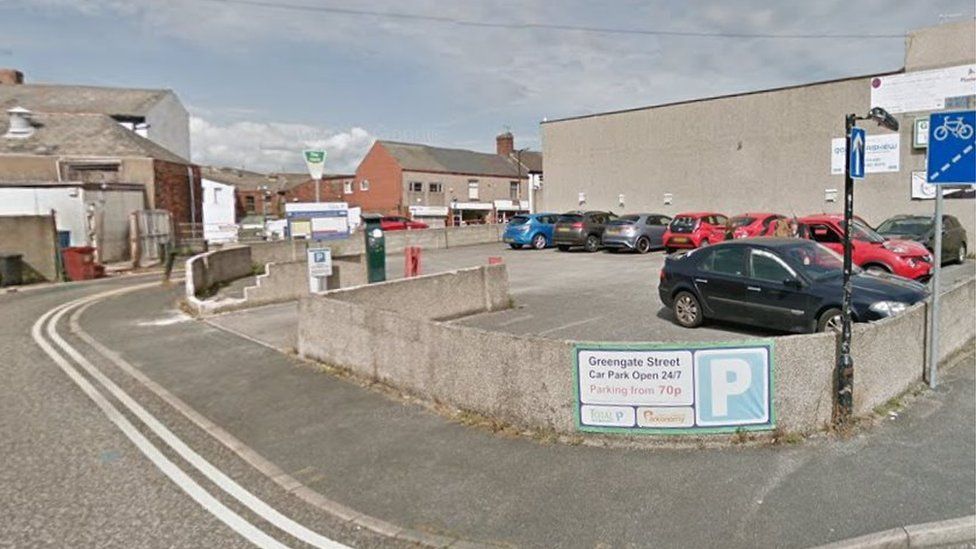 A man who pretended to be a police officer and attempted to arrest a woman has been jailed.

Gary Shepherd was wearing a lanyard with the word "police" emblazoned on it when he spoke to the woman in a car park in Barrow on Tuesday evening.

He said he was arresting her for drug dealing, but she challenged him with the help of a passer-by.

At Barrow Magistrates' Court Shepherd, 44, admitted impersonating a police officer and was jailed for 22 weeks.

Cumbria Police said he approached the woman in Greengate car park at about 18:30 BST but she did not believe he was a genuine police officer.

Shepherd fled the scene but was arrested later on Tuesday.

Supt Matt Pearman said it was a "gravely concerning incident" especially given the recent case of Sarah Everard, who was murdered by a police officer who detained her under false pretences.

Supt Pearman said: "To be approached in this way by someone falsely claiming to be a police officer must have been extremely frightening for the victim, particularly coming so soon after the sentencing of Wayne Couzens last week."

Shepherd initially denied the incident had happened then later said it had been a "joke", a police spokesman said.

Magistrates immediately invoked a four-week suspended sentence that Shepherd, of Abbey Road, Barrow, had previously been given for another offence.

He was sentenced to a further 18 weeks in prison for impersonating a police officer and common assault, which he also admitted.

His jailing came as Cumbria Police announced a new process for members of the public to confirm the identities of lone officers.

Officers will provide their collar number to anyone who asks and will contact the control room on the police radio to confirm their identity, location, that they are on duty and the reason they are speaking to someone.