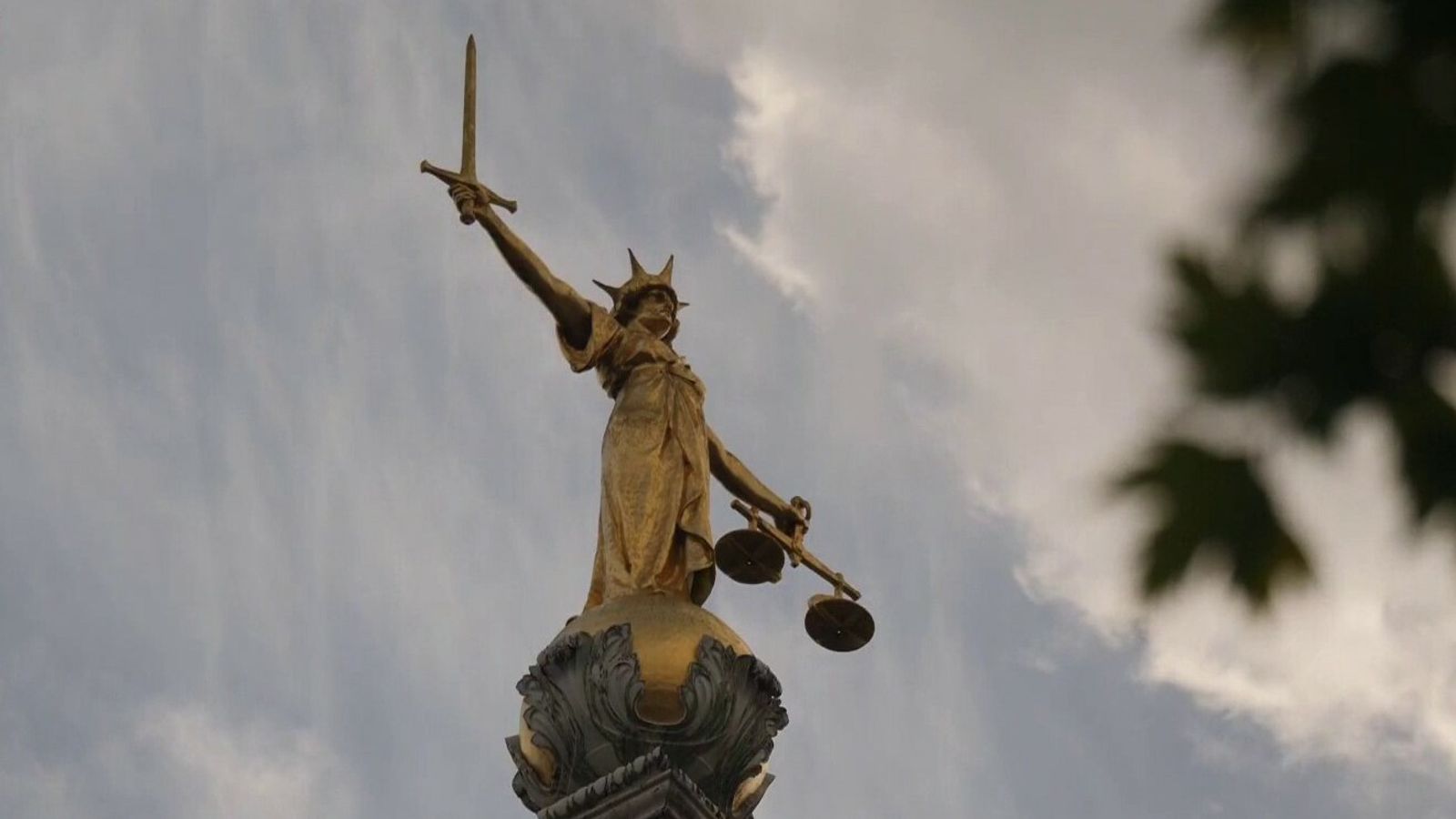 The walk-out will add to threatened disruption across the economy over coming months from railways to schools.
Criminal barristers have become the latest group to vote for strike action as the government comes under intensifying pressure over pay demands.

The Criminal Bar Association, which represents lawyers prosecuting and defending those accused of crimes in England and Wales, said members had backed a plan for 14 days of action between 27 June and 22 July.

They join rail staff, teachers and civil servants in backing or considering industrial action over the coming months at a time when pay awards are lagging behind the four-decade high rate of inflation.

The CBA says its members have suffered an average decrease in earnings of 28% since 2006 - when taking inflation into account - and accused the government of refusing to engage in negotiations "aimed at finding a fair settlement" to demands, which include the call for an immediate 15% increase in fees.

Announcing the strike ballot, the CBA said: "Without immediate action to halt the exodus of criminal barristers from our ranks, the record backlog that has crippled our courts will continue to inflict misery upon victims and defendants alike, and the public will be betrayed."

It comes as the possibility of industrial action across the economy threatens to unleash what has been described as a summer of discontent.

That will kick off this week when - unless there is a last-minute deal - 40,000 rail workers are due to walk out in what is the biggest train strike for three decades.

He said: "We will see high levels of industrial action unless the government recognise that front line public sector workers who kept the country running during the pandemic cannot be expected to have a 2% pay rise when inflation is forecast to be over 11%."

Paul Nowak, deputy general secretary of the TUC, said the likes of teachers, rail workers and postal workers were not "taking strike action for the fun of it" but had "real concerns about things like pay".

He told Sky News: "A lot of our members are just saying 'enough is enough'."

Simon Clarke, Chief Secretary to the Treasury, has made clear that public sector workers would be expected to swallow below-inflation pay increases - in real terms, pay cuts.

"I recognise there is sacrifice involved in this situation."
Add Comment