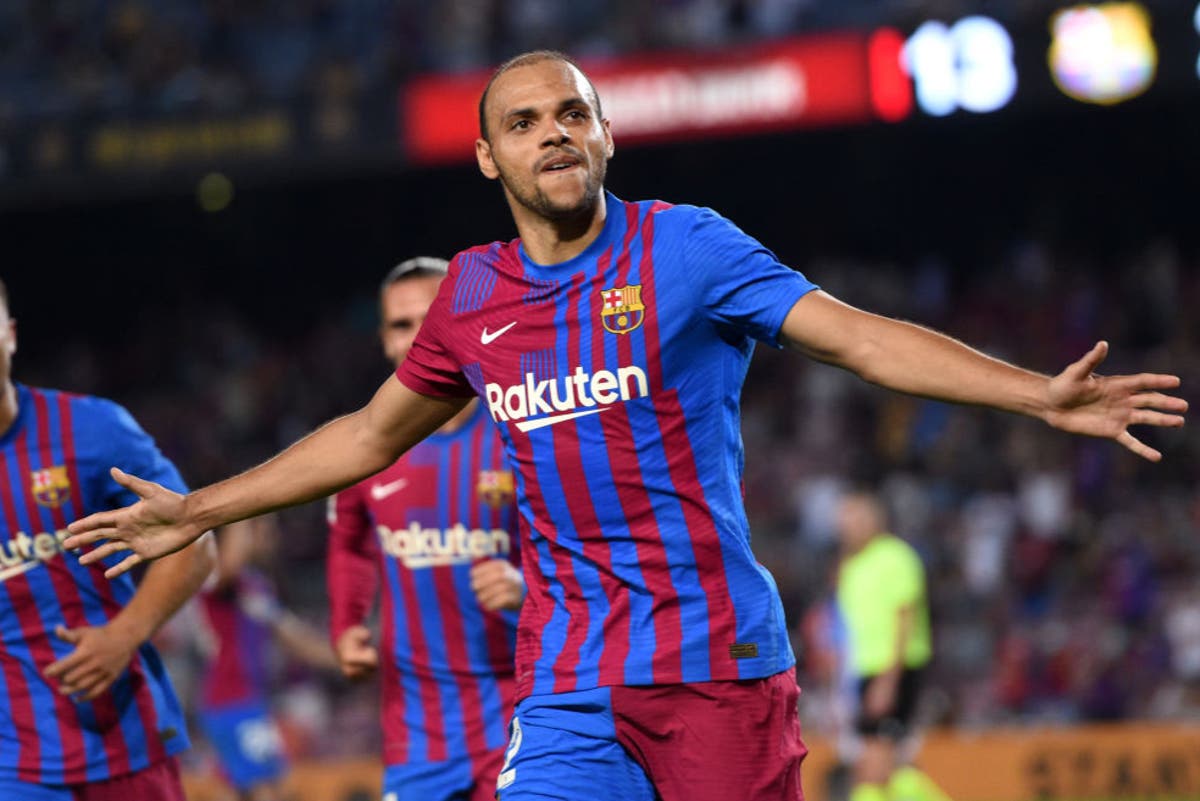 Barcelona kicked off life without Lionel Messi with a 4-2 victory over Real Sociedad at Camp Nou on Sunday.

A header from Gerard Pique - who sacrificed a large portion of his wages so Barca could register Memphis Depay, Eric Garcia and Rey Manaj - gave the Blaugrana the lead in the 19th minute to the delight of 20,000 fans who returned to the Camp Nou for the first time in 17 months.

Martin Braithwaite struck either side of half-time to extend Barca’s lead; Sociedad looked to be out of the game, but substitute Julen Lobete pulled them back into contention in the 82nd minute and forward Mikel Oyarzabal scored a stunning free-kick moments later to set Barcelona nerves jangling.

Sergi Roberto struck in added time for the hosts, however, to make sure of the points in Barca’s first match without all-time top scorer Messi, who joined PSG last week after 21 years with the Spanish club.

Messi was presented to PSG fans inside the Parc des Princes stadium ahead of their Ligue 1 win over Strasbourg on Saturday, but the Argentine was not included in the squad for the match.

Messi took to the field pre-match along with fellow new recruits Sergio Ramos, Gianluigi Donnarumma, Achraf Hakimi and Georginio Wijnaldum, and spoke to the raucous crowd.

“It has been a very special week for me,” he said. “I want to thank everyone for the reception since I arrived in Paris. It has been truly incredible. I feel very happy and excited. 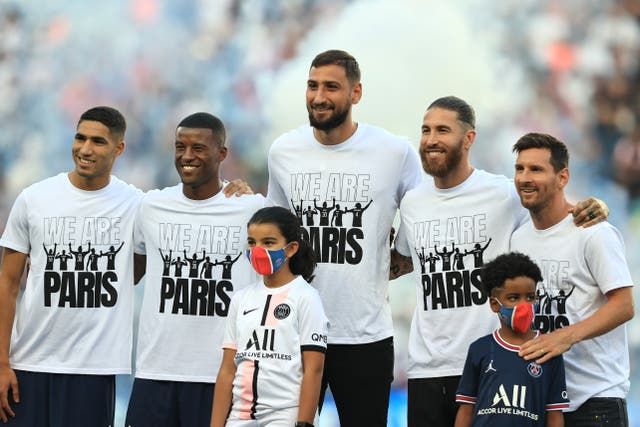 “I hope together we can enjoy this year and make it a great year for us. I am very excited about everything.”