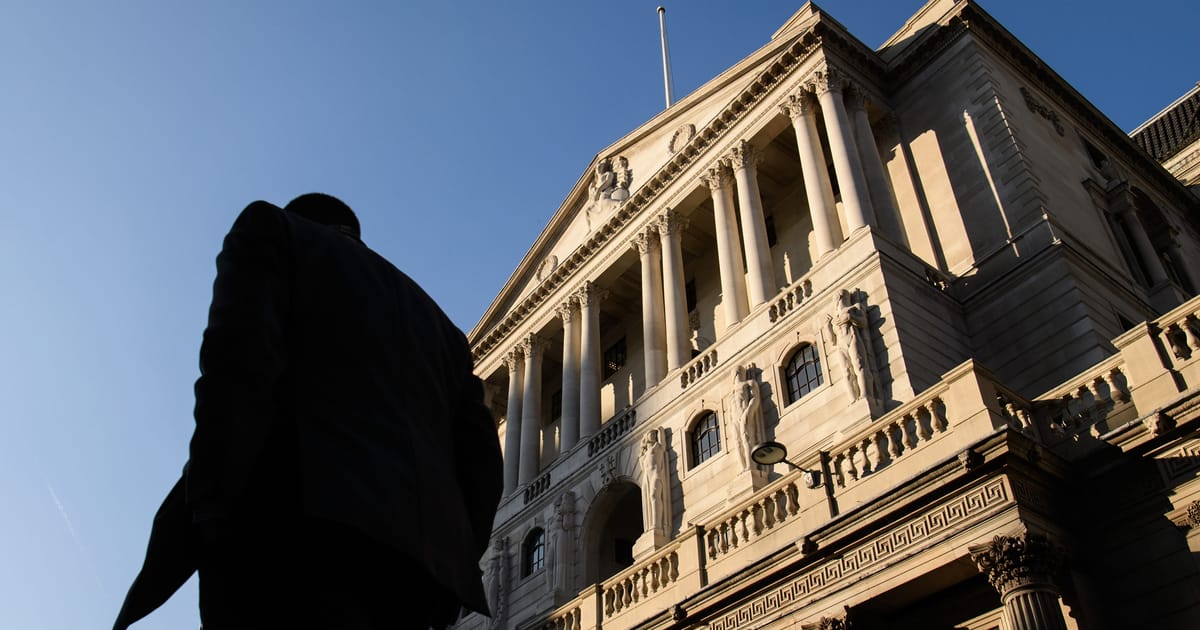 The Bank of England will buy up U.K. government bonds to try to halt a dramatic sell-off as it warned of a "material risk to UK financial stability" in the wake of the government's mini-budget.

In a dramatic emergency intervention, the central bank said it would today start buying long-dated government bonds at “whatever scale is necessary” in a bid to “restore orderly market conditions.”

“The Bank is monitoring developments in financial markets very closely in light of the significant repricing of UK and global financial assets,” it said in a statement.

“This repricing has become more significant in the past day — and it is particularly affecting long-dated UK government debt. Were dysfunction in this market to continue or worsen, there would be a material risk to UK financial stability.”

The move comes after the cost of U.K. government borrowing spiked dramatically and surpassed rates paid by Italy and Greece.

U.K. Chancellor Kwasi Kwarteng’s plan for debt-funded tax cuts — unveiled without the usual scrutiny from independent fiscal watchdog the Office for Budget Responsibility — has also led to a plunge in the pound and sparked criticism from the International Monetary Fund.

The bank’s move dramatically brought down the yields on government bonds. The yield on the 30-year benchmark gilt dropped around 1 percent from above 5 percent to 3.9 percent. The pound however fell more than 1 percent against the dollar before recovering to $1.074.

The BoE described the purchases of the U.K. government debt, known as gilts, as “temporary and targeted” but said they would take place at an “urgent pace” until October 14.

The Bank also decided to delay sales of its own portfolio of gilts built up under its quantitative easing program since the 2008 financial crisis. The sales were due to start next week but will now be postponed until October 31.

The Treasury said in a statement that the Bank of England was responding to “a risk from recent dysfunction in gilt markets.”

“These purchases will be strictly time limited, and completed in the next two weeks. To enable the Bank to conduct this financial stability intervention, this operation has been fully indemnified by HM Treasury,” it said.

‘Her fate is sealed’

Amid turmoil in the markets, Conservative MPs privately expressed anger at the plan unveiled by Kwarteng last Friday, which comes on top of a multibillion pound program of state subsidies to cap soaring energy costs for businesses and consumers. The opposition Labour Party demanded the recall of parliament.

As the Tories prepared to gather for their annual conference in the coming days, one Conservative MP said of new Prime Minister Liz Truss that the "least bad option at this point would be to fire Kwasi.”

And they added: "Her fate is sealed. But this is her best hope of avoiding total catastrophe.”

Labour seized on the BoE’s intervention, with leader Keir Starmer urging an end to the parliamentary recess and Shadow Chancellor Rachel Reeves saying: “The chancellor must make an urgent statement on how he is going to fix the crisis that he has made.”

Analysts meanwhile pored over the detail of the bank’s intervention. Capital Economics said that the BoE’s steps show “it is going to do all it can to prevent a financial crisis” but that U.K. markets are “in a perilous position.”

“It wouldn’t be a huge surprise if another problem in the financial markets popped up before long,” the research consultancy said in a note.

“Either way, the downside risks to economic growth are growing. And the chancellor’s 2.5 percent real GDP growth target is looking even more unachievable.”

“We think purchases should and will last longer than the initial two weeks. This would restore market confidence and provide cover for investors to return to the market, sowing the seeds for the end of this crisis,” he said.

“Nevertheless, a lot still hinges on the Treasury and investors will be looking for a credible plan to get debt under control. Today's decision from the BoE only buys time.”

Kwarteng has promised more detail on his fiscal plan in the coming weeks, including independent costings from the OBR and a host of supply-side reforms.

In a scathing verdict on the U.K.’s plans issued Tuesday night, the IMF urged him to "re-evaluate" the tax-cutting plan, which includes the scrapping of the top rate of income tax and an end to a bonus cap for bankers, saying it will "likely increase inequality.”

"Given elevated inflation pressures in many countries, including the U.K., we do not recommend large and untargeted fiscal packages at this juncture," the statement said.

The IMF urged the government to "provide support that is more targeted and re-evaluate the tax measures" during the chancellor’s upcoming announcement.

Shortly after the IMF statement, credit ratings agency Moody's released its own damning verdict, saying the fiscal plan could threaten the country's credibility with lenders by creating larger budget deficits.

As allies of Truss — who won the Tory leadership on a tax-cutting, deregulatory agenda — hit back at the IMF, former Tory Chancellor George Osborne noted: “Odd to see free marketeers urging a free market government to ignore the markets.”