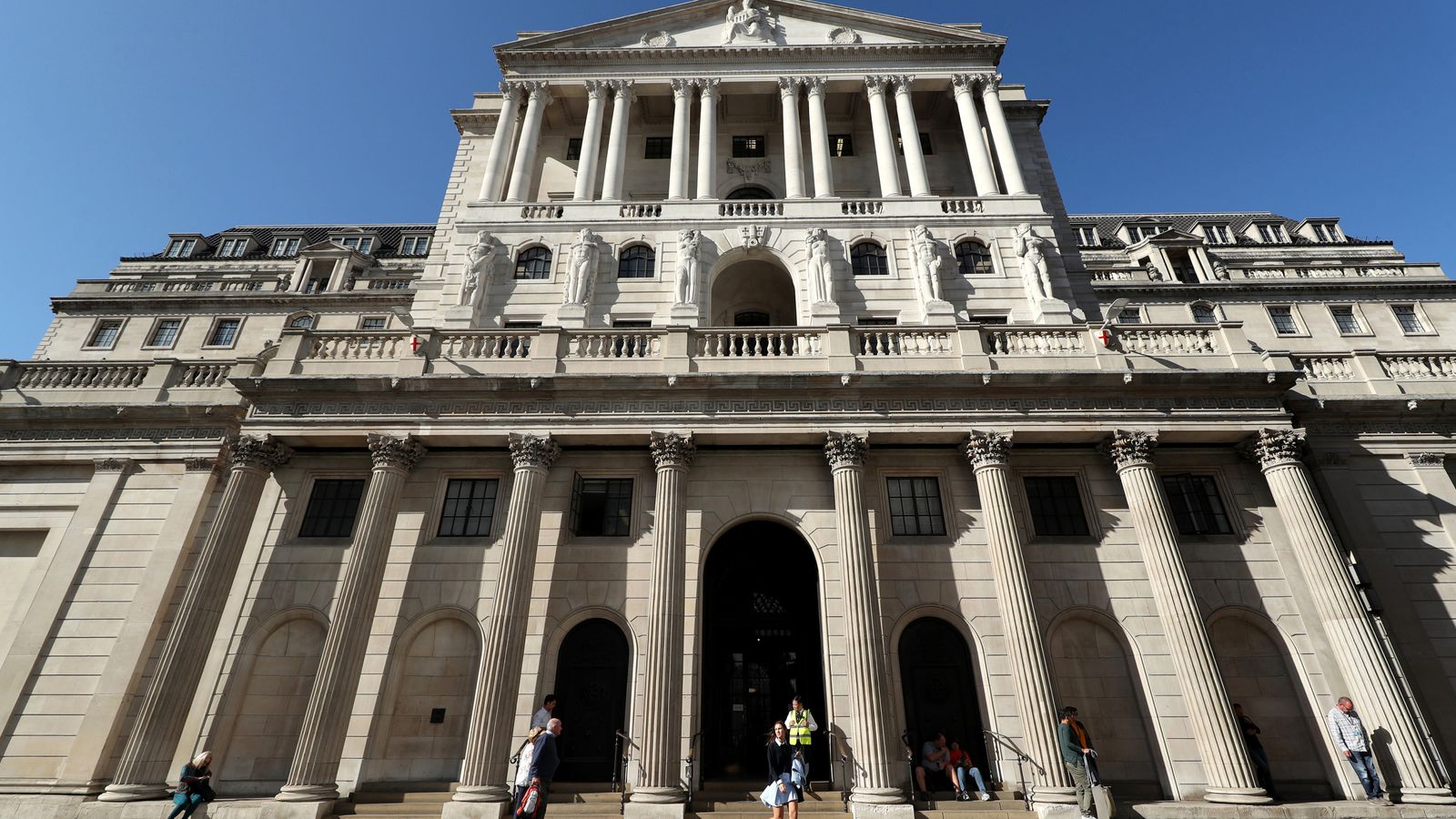 The Bank said the outlook for the UK economy is "very uncertain".
The Bank of England has told lenders to prepare for a "deteriorated economic outlook".

Banks were told to ramp up capital buffers to ensure they can weather the storm.

"The economic outlook for the UK and globally has deteriorated materially," the Bank said as it published its latest Financial Stability Report, largely blaming the impact of the war in Ukraine.

The Bank said the outlook for the UK economy is "very uncertain".

"The Russian invasion of Ukraine could cause more disruption to global energy and food markets," it said.

The Bank said it had been forced to increase interest rates to tackle soaring inflation, but acknowledged that this would make it harder for businesses and households to repay their debts.

"Given this, we expect households to become more stretched in the coming months," it said.

"They will also be more vulnerable to further shocks."

Despite warnings from the International Monetary Fund and OECD that Britain is more susceptible to recession and persistently high inflation than other Western countries, the Bank said UK lenders were well-placed to handle even a severe economic downturn.

The Bank said lenders still have strong capital ratios but they are expected to decline slightly in the coming quarters.

To help banks ensure they have the resilience needed, an increase in their countercyclical capital buffer rate (CCyB) was confirmed from 1% to 2% from July 2023.

Mr Bailey said the Monetary Policy Committee was prepared to change the rate "depending on how risks develop".

The Bank reiterated previous concerns that lending to businesses with higher debt burdens, including in the US, could be a particular risk to the UK financial system.
Add Comment