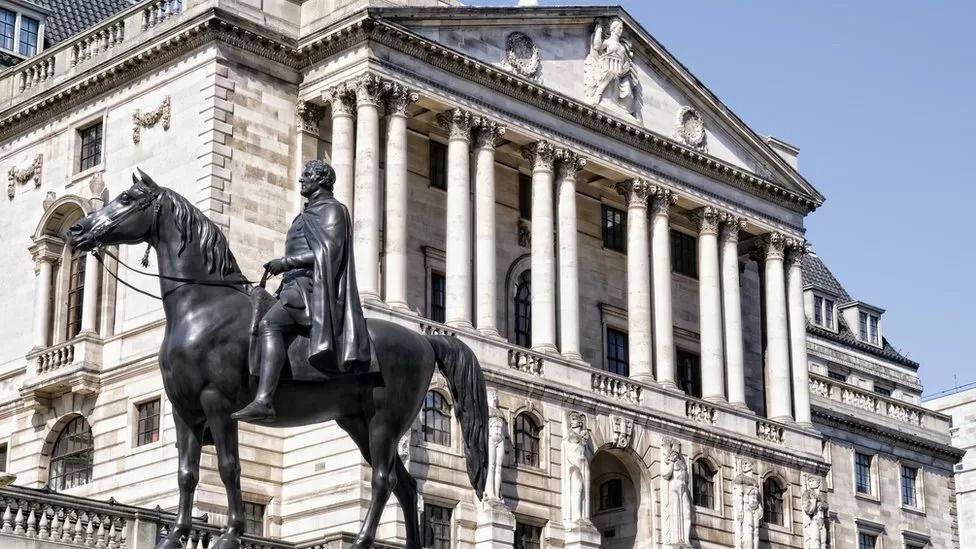 Bank of England steps in to calm markets

The Bank of England has said it will step in to calm markets after the government's tax-cutting plans sparked a fall in the pound and caused borrowing costs to surge.

It warned that if the market volatility continued there would be a "material risk to UK financial stability".

It comes after the currency hit a record low on Monday following the chancellor's mini-budget, which pledged $45bn worth of tax cuts, funded by borrowing, as part of a plan to boost economic growth.

The government borrows money to fund its spending plans by selling bonds, or "gilts", to investors such as pension funds and big banks on international markets.

The investor then gets to receive a stream of future payments, or "yield", based on the interest rate the government has offered.

Due to concerns over whether the government's plan will work, investors have been demanding much higher interest rates to lend to the UK government. But the Bank now hopes to lower these prices by buying its bonds.

The government's long-term borrowing costs fell after the bank's intervention on Wednesday, although still remains high.

The Bank of England was forced to intervene after the market turmoil put pressure on pension funds, which invest in government bonds because they are usually so stable.

So called Liability Driven Investment funds - which support defined benefit pensions schemes - were facing a collapse in the value of the bonds they hold, which in turn could have forced them to rush to sell other assets, sparking yet more market panic.

However, industry group the Pensions and Lifetime Savings Association (PLSA) said that "pension schemes are long-term investors and moments like this come from time to time".

"While this is a complex situation as there has been a lot of volatility in the gilt markets in recent days, we would not expect any significant issues for savers," said Joe Dabrowski, deputy director of the PLSA.

Nevertheless, he said there will be "some operational challenges and pressures on liquidity" in the short term.

Mr Dabrowski added that "this is not ideal, [but] they are challenges that can be overcome and the statement from the Bank of England is a helpful step to achieving that".

The Bank has already said it will "not hesitate" to hike interest rates to try and protect the pound and try and stem surging prices. Some economists have predicted the Bank of England will raise the interest rate from the current 2.25% to 5.8% by next spring.

The projection has led hundreds of mortgage products to be taken off the market.

The Bank said its bond purchases would be "time limited" and carried out on "whatever scale is necessary" to ease investor concerns.

It will also postpone the planned start of a gilt sale programme that was only announced last week.

Paul Dales, chief UK economist at Capital Economics, said the Bank had been forced to step in to avoid the early stages of a financial crisis and warned fears over the economic outlook were growing.

"This shows that the Bank is going to do all it can to prevent a financial crisis and it is already working. While this is welcome, the fact that it needed to be done in the first place shows that the UK markets are in a perilous position.

"It wouldn't be a huge surprise if another problem in the financial markets popped up before long." 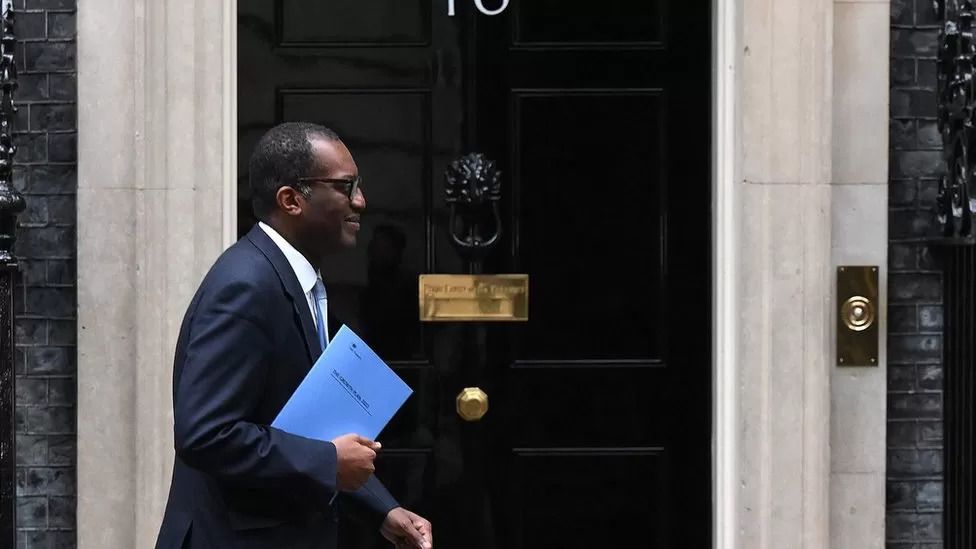 Despite the Bank's action, the pound continued to fall with some analysts warning it could even reach parity with the dollar.

"What today shows us, is that the market doesn't see this as a problem that just the Bank of England can clean up," she said. "This is just firefighting," said Jane Foley, a currency strategist at Rabobank.

She said pressure was growing on the government to make clear the financial cost of its tax cut and spending plans.

There has been widespread criticism of the government's plan, with International Monetary Fund warning on Tuesday that the measures are likely to fuel the cost-of-living crisis and increase inequality.

The government says it will not reverse its tax cuts, but has promised to release further plans to boost growth and reduce public debt on 23 November.

In a statement, the Treasury acknowledged global financial markets had seen "significant volatility" in recent days.

It said Chancellor Kwasi Kwarteng was "committed" to the Bank's independence, adding: "The government will continue to work closely with the Bank in support of its financial stability and inflation objectives."

But Labour called on the chancellor to urgently clarify how he planned to stabilise the economy.

Shadow chancellor Rachel Reeves said people would be "deeply worried" about the cost of their mortgage, about their pensions, and the cost of living.

"The Chancellor must make an urgent statement on how he is going to fix the crisis that he has made."