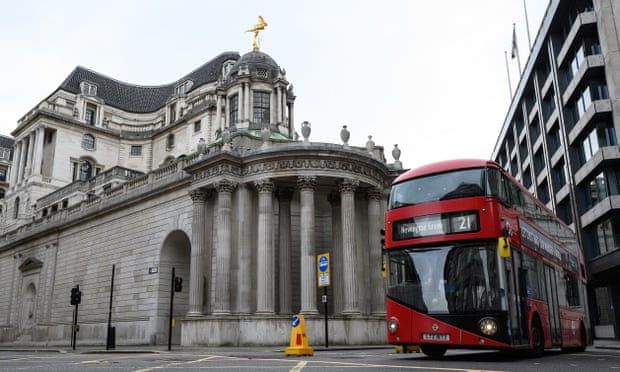 Analysis: decision to keep rates on hold is not unpopular but governor’s signalling is roundly criticised
It is “compulsory for the Bank of England governor to be an unreliable boyfriend”, Andrew Bailey joked during a press conference to explain why the central bank he runs kept interest rates on hold when action of some kind was expected.

As quips go, it fell flat in financial markets, where currency traders sold the pound, knocking more than 1% from sterling’s value against the US dollar.

It also left many economists gasping for air as the full implications of Bailey’s refusal to turn up to his own party began to sink in. He had stressed last month that monetary policy “will have to act” if there is a risk of inflation. Those words were not followed by action on Thursday, despite the rising wages and prices.

Gerard Lyons, a former candidate for governor and a former adviser to Boris Johnson, described the governor’s signalling as “appalling”, adding that by not correcting how the market or the media interpreted his comments he encouraged “hawkish expectations ahead of this meeting that was not merited by the recent data”.

Lyons went on to say the bank needed to learn from the US Federal Reserve, “to be on top of the data” and “guide” the market.

He is not the only commentator to offer a disparaging comparison of the Bank of England’s public relations to those of the Fed, or the Bank of Japan and the European Central Bank, where the path of interest rates is clearly mapped out.

The decision itself was not unpopular. A rise in interest rates, said one analyst, could push the UK into a recession next year, such is the weakening outlook. GDP growth is slowing, consumer confidence is falling and trade figures are weak following Brexit.

The MPC seemed to follow this line of argument in its latest quarterly health check, despite forecasting a rise in inflation to a fresh peak of 5% in the new year.

While monetary policy would have no impact on rising gas prices and a spike in the cost of oil, which were global problems hitting all countries, there were still worries about domestic price pressures, mostly from the cost of labour.

The committee had hoped there would be some information indicating how many had joined the dole queue and how many were kept on by their employer; and if they were kept on, was their position still full-time or part-time.

Unable to divine how strong the outlook is for jobs and wage rises over the longer term, they sat on their hands in the hope of a clearer picture emerging “in the coming months”.

This phrase was widely interpreted as meaning an interest rate rise in December or February next year. The downbeat economic forecast meant maybe one or two more rises may follow in 2022.

Martin Beck, chief economic adviser to the EY Item Club, said a base rate of 0.5% in a year was the most the markets can reasonably expect.

Paul Dales, at the consultancy Capital Economics, summed up the Bank’s position: “So the MPC is gearing up to raise rates because the economic outlook is stronger than when it cut rates to 0.1% in March 2020 and because it wants to send a signal that it is not going to let inflation stay above the 2% target for very long.

“But equally, it is aware that the economy is still fragile and wants to send a signal that it won’t raise rates too far, too soon.”

Speculators will feel bruised. However, they should know that the MPC has been here before, talking tough only to concede meekly that the UK economy is essentially weak and in need of ultra-low interest rates to maintain growth.

It was how the former governor, Mark Carney, gained his “unreliable boyfriend” nickname. It may stick to Andrew Bailey too.
#Boris Johnson  #Johnson
Add Comment