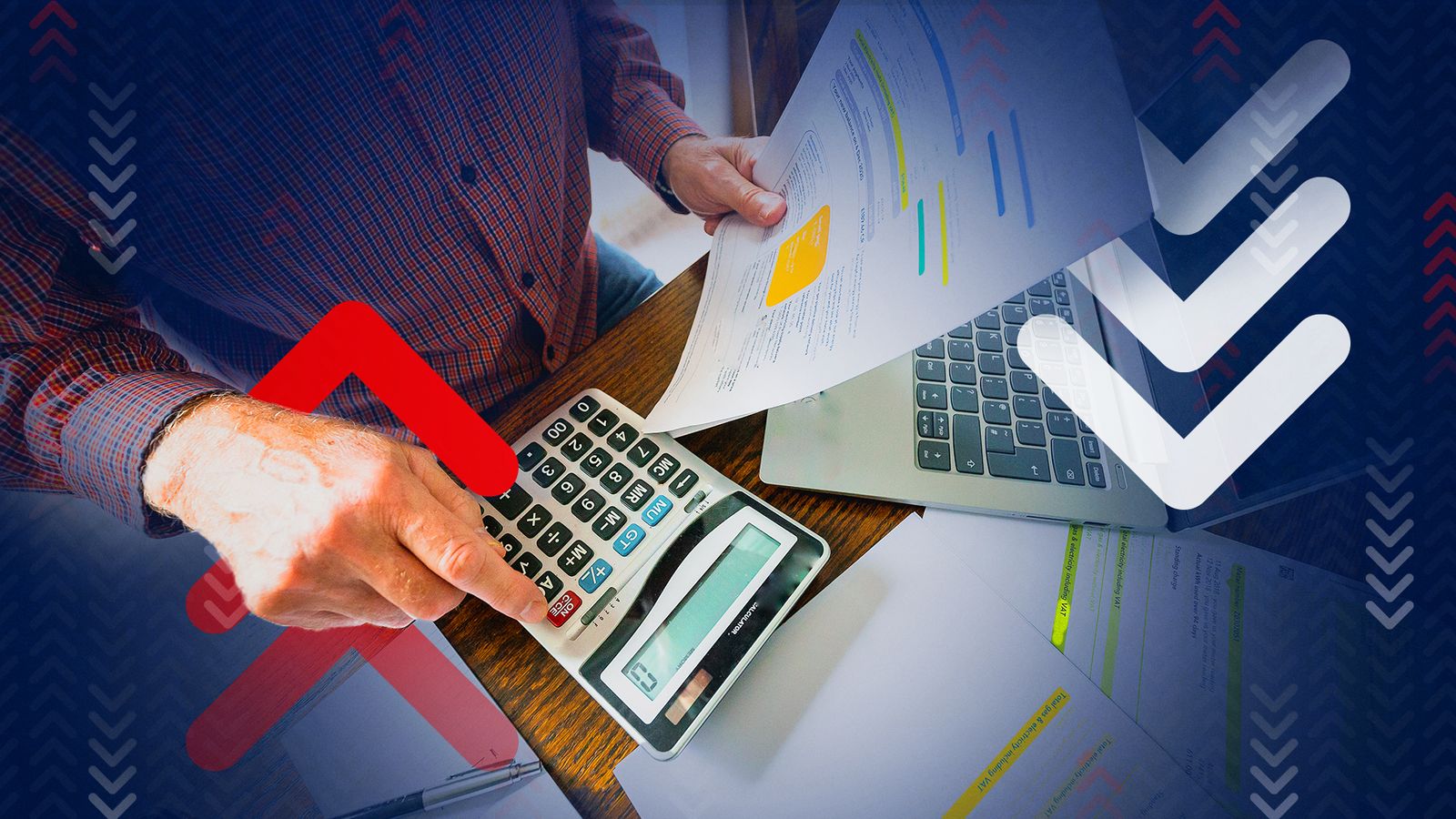 Sky's Paul Kelso speaks to a business owner facing a massive, damaging increase to their gas bills as the governor of the Bank of England explains why it is inflicting more pain on millions of borrowers to help control a price problem mostly outside its control.

How does it feel running an energy intensive business in the age of soaring prices?

"It's like a train coming down the tracks and you know you can't avoid it," says Matthew Greene.

He's the managing director of Ercon Powder Coating, a second-generation family firm in Bilston in the West Midlands, one of hundreds of manufacturers that form the backbone of British industry.

Matthew took over the business from his father in 2016, since when he has had to steer it through Brexit, the pandemic and now an energy crisis that may be the hardest of all. His two sons work with him. 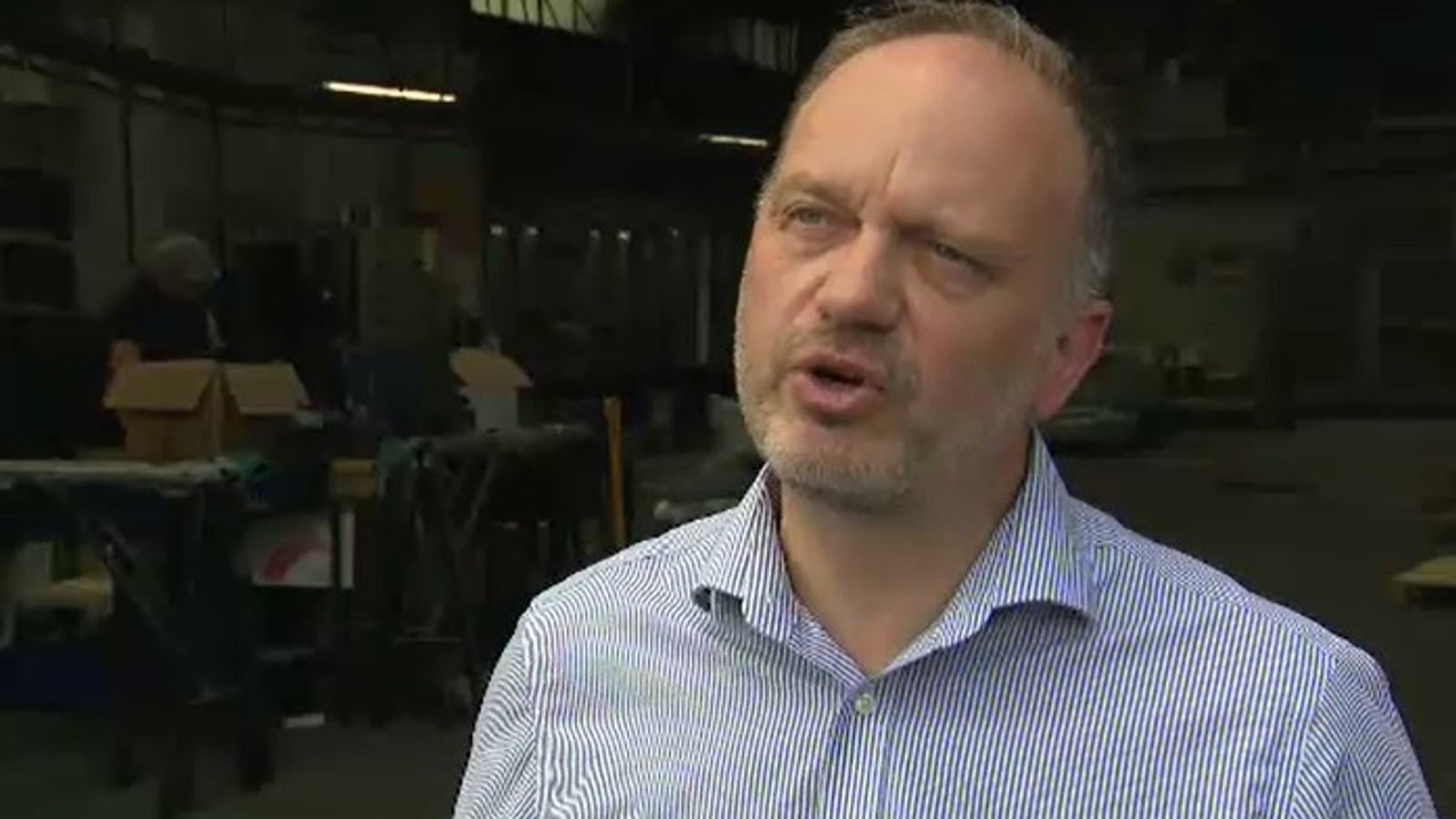 Powder-coating is the process of applying a smooth, dry finish to metal surfaces, used for everything from park railings and shelving units to hi-fi appliances and designer chair legs.

It's cleaner, quicker and smoother than paint but it is an energy intensive business, requiring large gas-fired convection ovens to bake on the powder at temperatures north of 200C, and the locomotive Matthew can see in the distance is his gas bill.

"You're talking about going from £50,000 or £60,000 to up to £300,000, so where does that come from? We can make small improvements here and there, save a thousand pounds a month here and there, but such a huge rise does threaten the viability of the business.

"We have 25 people employed in the powder coating division, we have been doing this since 1983 and we have had highs and lows with various recessions, but this is something different, we've never experienced anything like this when such a catastrophic cost is going to hit the company.

The Bank of England says it's driving inflation to a peak of 13.3% in October, a date linked to the increase in the domestic price cap to an estimated £3,500, and will keep inflation above 10% until this time next year, prompting the largest fall in living standards since the 1960s. 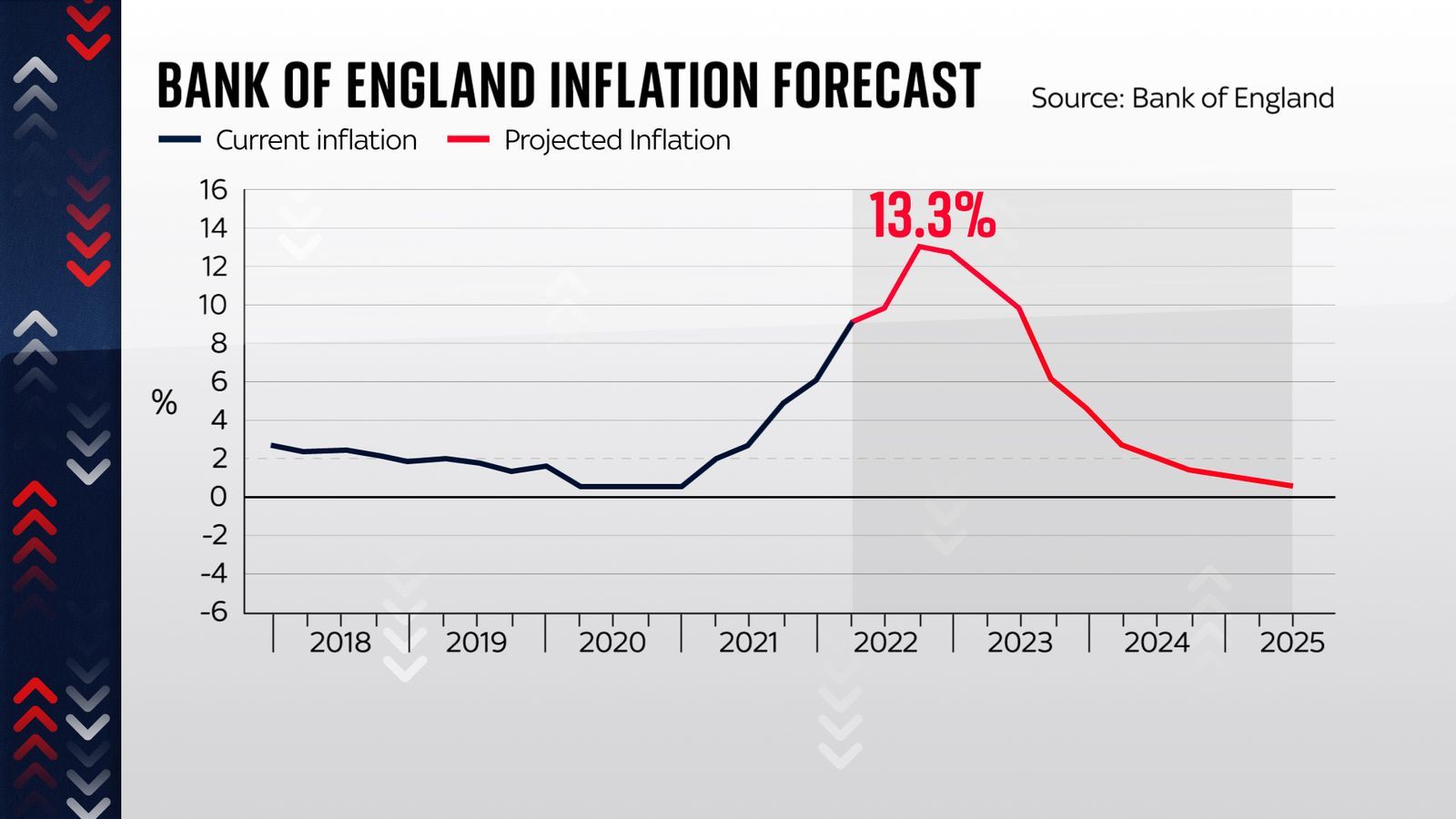 Given a 15-month recession looms and this is largely imported inflation, driven by global demand and the war in Ukraine and beyond the control of the Bank, why has it decided to increase interest rates by the largest amount since 1995, a move that could add £650 to average tracker mortgage repayments?

Governor Andrew Bailey told me they're acting now to prevent the impact of energy inflation being baked into domestic prices when prices fall.

"The reason we're doing it is because if we don't get inflation under control, if we don't bring it down from where I'm afraid it's got to go because of this huge energy shock that we're having, then the damage and the distress will be even greater," he said.

"I recognise how difficult this will be and how significant this will be for the cost of living, but if we don't address this now the consequences will be worse and the result will be even higher interest rates in future."

Mr Bailey says there is already evidence of domestic inflation taking root in Britain's tight labour market, where there are more vacancies than job-seekers, forcing wages up by a predicted 6% this year.

Speaking in the midst of the Conservative leadership race, he resisted all invitations to comment on the candidates' extravagant tax-cutting promises, or suggestions from Liz Truss that the Bank's mandate should be changed.

He did however defend its judgement today, and its role in future.

"We think this is undoubtedly the right thing to do, but we will be back in six weeks' time, for the next monetary policy meeting, and we'll go through all the evidence again.

"What I would emphasise is that independence is an absolutely key part of the economic system of this country, and in other countries. It's an important part and never more than now, this is the biggest test of our system in the quarter of a century this has existed for."

The next few months will test that faith. Matthew Green, thousands of business owners like him, and the rest of us, will hope Mr Bailey and his colleagues have got it right.