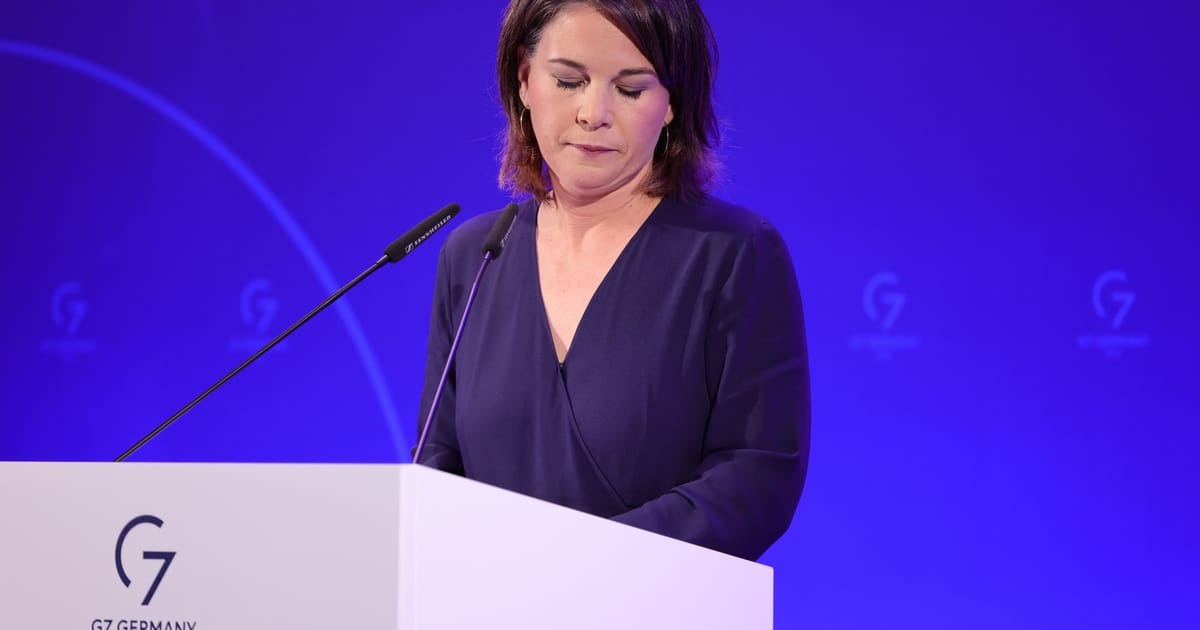 Backlash for Germany’s Baerbock over crucifix removal at G7 meeting

Christian Democrats criticize the move as insensitive to tradition and history.
German Foreign Minister Annalena Baerbock came under fire Friday over the removal of a 482-year-old crucifix from the venue for a G7 meeting in the German city of Münster.

The Federal Foreign Office had the historic wooden crucifix removed from the conference venue in Münster as part of a larger redesign of the city’s town hall, a ministry spokesman said on Friday in Berlin. Baerbock, from the Greens, was not involved with the issue, he said.

“It was not a conscious decision, certainly not a political decision, but obviously an organizational decision,” Baerbock commented Friday after meeting with her G7 colleagues. “I would have liked it if we hadn’t put it away.”

Nevertheless conservative Christian Democrats criticized the move as insensitive to tradition and history. Markus Söder, Bavarian state premier with the Christian Social Union (CSU), who controversially ordered crucifixes to be hung up in public buildings in Bavaria in the past, complained in a tweet that this would not happen in any other country and asked: “Is this the new foreign policy?”

Thorsten Frei, a senior member of the Christian Democratic Union (CDU), said that “only those who stand by their own tradition and social character can also approach others openly, confidently and self-assuredly,” Welt reported. Frei argued that the “Christian image of man is precisely the common basis of the liberal and constitutional democracies of the G7 countries,” according to the newspaper.

Baerbock hosted the foreign ministers of France, Italy, Japan, Canada, the U.S. and the U.K. as Germany currently holds the G7 presidency. The leaders discussed, among other issues, the consequences for Europe of Russia’s attack on Ukraine, transatlantic cooperation and relations with China.

The Münster town hall is considered to have great symbolic value for Christianity in Europe as it was the site for negotiations of the historic Peace of Westphalia. The agreement ended the devastating Thirty Years’ War fought over religion across the Continent.
Add Comment