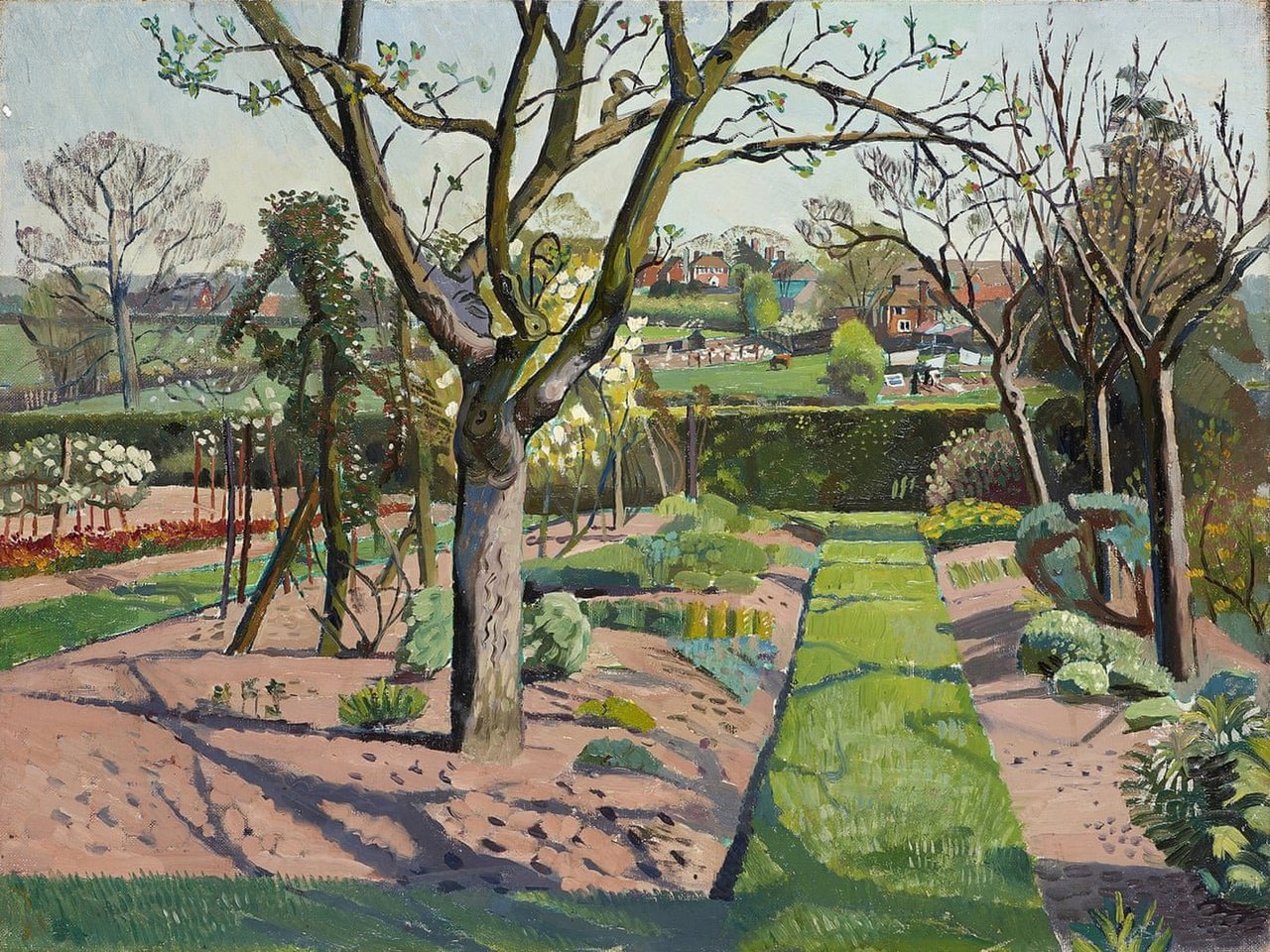 Back in the frame: the extraordinary artists Britain forgot

In the months before Britain declared war on Germany, mural artist Evelyn Dunbar sat painting in her aunt’s Sussex garden. She captured the light falling through white blossom and green leaf on to the brown earth of a vegetable patch and the lawn it bordered. She painted the garden hedge running across the small canvas, thereby planting you – the viewer – firmly inside it, safe under a cloudless sky.

As garden paintings go, it is a delightful scene of domestic sanctuary. And this month, for the first time since it was completed in 1939, the painting is to be exhibited in public, as part of Liss Llewellyn’s Hidden Gems online exhibition series.Over the past three decades, Sacha Llewellyn and Paul Liss have carved out a niche as champions of the artists that Britain forgot.

Specialising in painting but also sculpture, drawing and prints from 1880-1980, they have spent the last 30-odd years working with museums and institutions, and private collections. They’ve visited hundreds of musty studios, combed through archives and ferreted around garrets to root out the work of artists who, though lauded in their day, have since fallen into oblivion: from erstwhile prize winners and residents of the British School at Rome to the shyer contemporaries of luminaries such as Henry Moore or Eric Ravilious.

A lot of their research leads nowhere, but it is predicated on the fact that falling out of popularity has very little to do with the quality of the work. “We are a bit like archaeologists,” says Liss. “We clear the debris that’s built up around someone.”

More often than not, that someone is a woman. To wit, Dunbar, who was a graduate from Chelsea School of Art (now Chelsea College of Arts) and the Royal College of Art (where principal Sir William Rothenstein saw in her a “real genius”), and the only woman to be employed full-time by Kenneth Clark for the War Artists Advisory Committee. 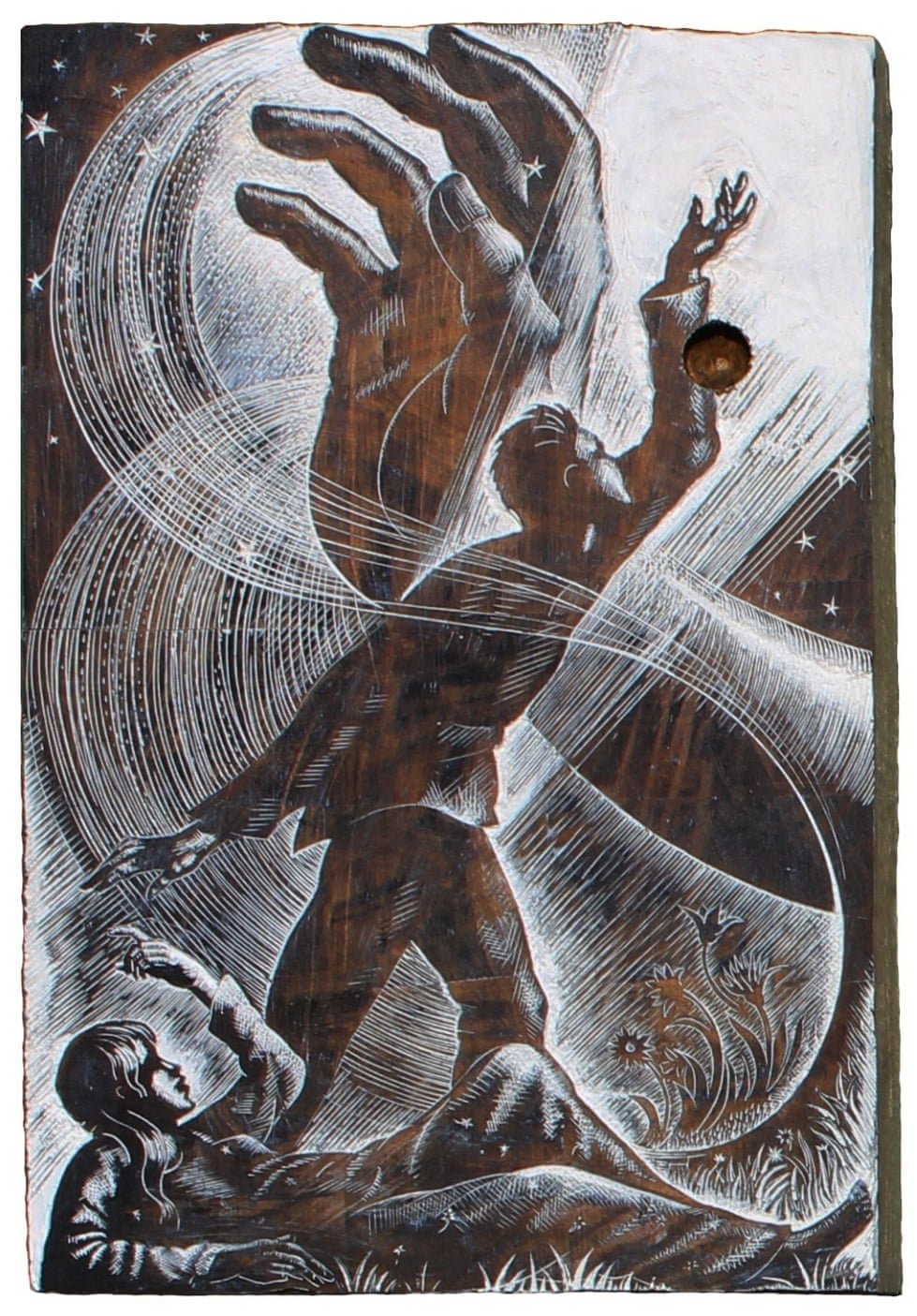 Lopping, The Book of Proverbs, 1933, by Clare Leighton Photograph: Courtesy the artist

Tate, no less, purchased several of her works in the 1940s. No one knew any of this until 2013, though, when a Dunbar appeared on the Antiques Roadshow, and its appraisal topped out at £60,000. Shaken relatives remembered a stash of very similar works in an attic, museum curators remembered they owned Dunbars too, and the rest is history.

Liss Llewellyn was way ahead of the curve in highlighting the Winifred Knights of the world, whose careers followed a similar pattern. And, as Llewellyn says: “It absolutely is a pattern.” When Llewellyn was an art history student at the University of East Anglia in the 1980s, the only woman they looked at, she says, was Barbara Hepworth: “That’s because practically all the teachers were male.”

The gallery’s project manager, Maude Llewellyn, says they are the only ones spending very much time on these artists. If someone wants to purchase a Dunbar, say, A Sussex Garden is probably the first and last chance they’ll get: “There is nowhere else to go.”

This is the case with Clare Leighton, who Liss Llewellyn consider to be one of the best engravers to come out of the 20th century, but who you won’t find in any textbooks. And then there’s Gladys Hynes, with whom they opened the first Hidden Gems series.

“The most extraordinary woman,” says Llewellyn. She was “an illustrator of Ezra Pound’s Cantos, a brilliant sculptor, an amazing draughtswoman, an Irish republican, a pacifist, a suffragette. She was written about endlessly at the time, but you’ll probably only find six people in the world who know about her now.”

It is the unusual commercial model on which Liss Llewellyn operates that has made this series possible. They will keep works back, sometimes for as long as 15 years, until an artist’s name resurfaces and momentum around it builds. Back in March, when lockdown closed all bricks-and-mortar exhibitions, they decided to do weekly online shows instead, primarily to keep their clients entertained but also to reach a wider audience.

Most of the works would be new to the public, they decided; all would be museum-grade; and they wouldn’t all need to be for sale. One forthcoming selection is themed around the bird’s eye view, a new phenomenon in the early 20th century. Artists who would have been doing portraiture or landscapes suddenly found themselves at war. 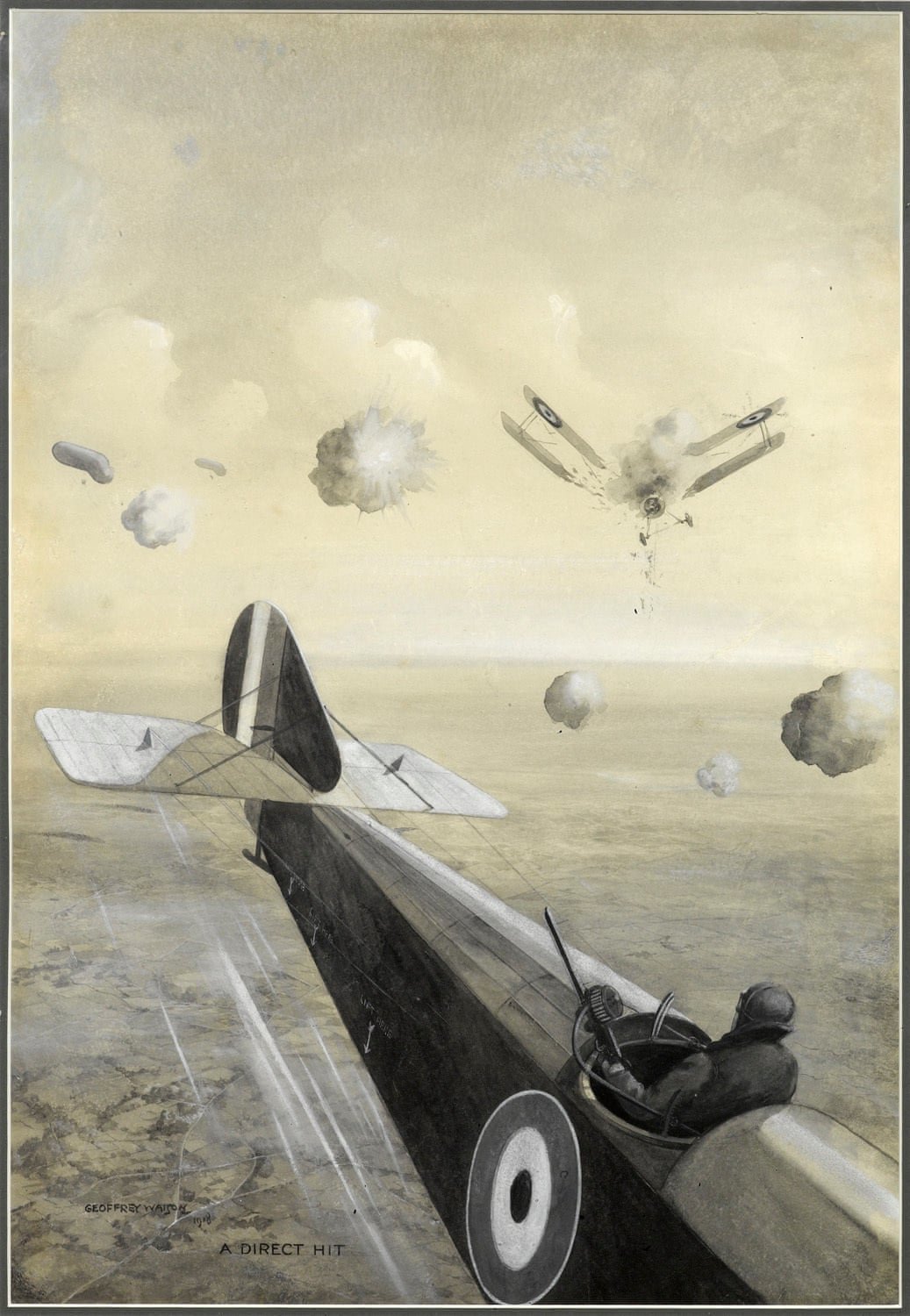 A Direct Hit by Geoffrey Watson, 1918 Photograph: Courtesy the artist

Many of the works here were done in situ on a plane, because, as Maude Llewellyn explains, there wasn’t much time to sit still otherwise. Even more notable, though, is Geoffrey Watson’s watercolour, A Direct Hit, from 1918. It depicts the moment one British plane comes under fire from the perspective of another British plane, at a time well before flying was normalised. It is unusual, and compellingly serene too, an image of calm and violence both.

For works that have essentially been gathering dust, they speak rather loudly to the present moment. Themes such as interiors or windows resonate in a new way when you’re in lockdown for weeks. And as obnoxious as war metaphors are for dealing with the pandemic we face, there is nonetheless a domesticity in much of interwar art that feels familiar.

As Llewellyn puts it, it represents “a turning towards the comfort of the home, the allotment, small spaces”.

Liss Llewellyn currently have 7,268 pieces in stock. “It’s not that there are amazing artists waiting to be discovered everywhere,” says Paul Liss, “but there are far more than we ever imagined when we started this 30 years ago.” He mentions how the art historian David Buckman has systematically added hundreds of artists each time his Dictionary of Artists in Britain Since 1945 has been revised and reprinted. “No wonder we keep discovering different names.”