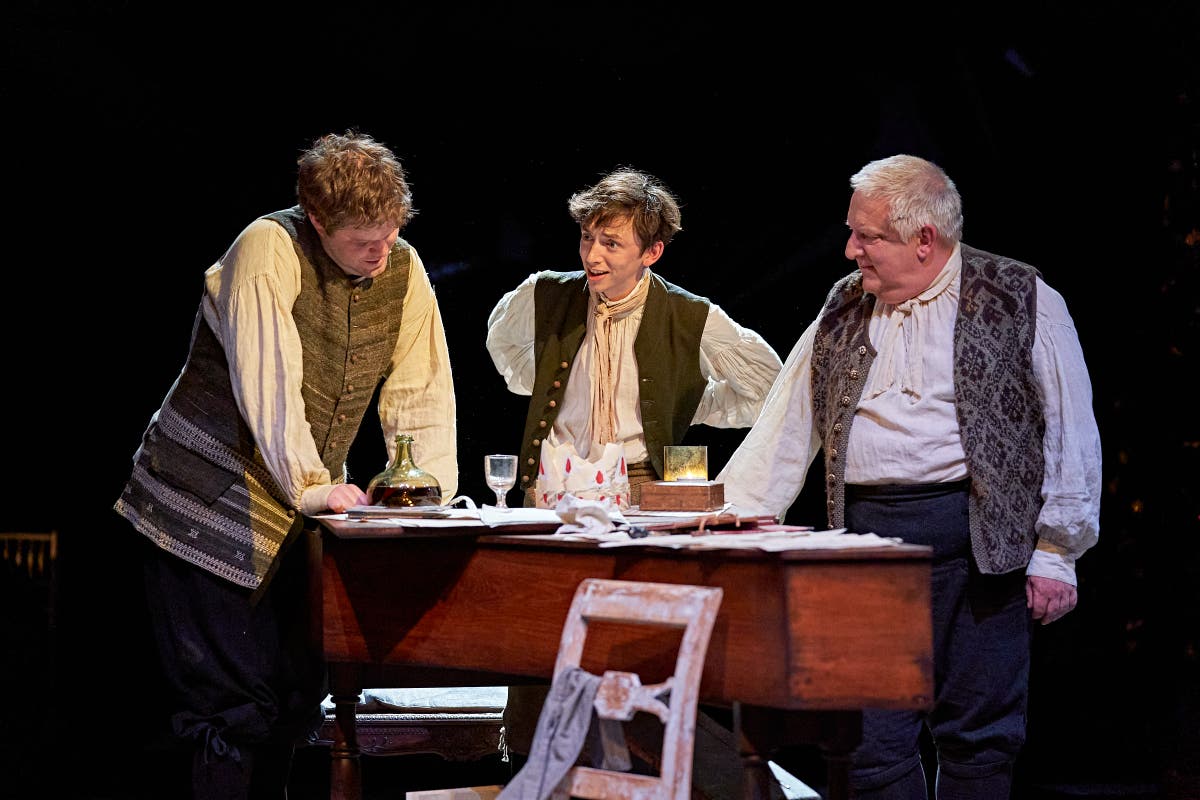 Simon Russell Beale gives us another magnificent monster as the driven, heedlessly cruel Johann Sebastian Bach in Nina Raine’s uneven biographical drama. He is waspish, obsessive, cold – an ostensibly devout and loving father and husband who doesn’t know how to love. Raine’s play, which is by turns intriguing and smug, raises the perennial problem of whether you can separate the awful man – it’s still almost always a man – from the sublime work.

This is also a family drama filled with envy, greed, rage and lust. If Peter Schaffer’s Amadeus, about Mozart and Salieri, was a thriller at heart, this show is a soap. It’s written in modern idiom – “why are you so horrible to mum”, “he’s a p***head” – and unfolds as a series of escalating confrontations between Bach and his sons and lovers. These standoffs also illustrate the use of counterpoint and fugue in his music. It’s not essential to have a working knowledge of 18th century compositional techniques to fully appreciate the show, but it probably helps.

It begins in 1717 where Beale’s Bach is working through the night, oblivious to his wakeful new baby. Since he’s constantly composing, conducting, rehearsing, teaching and writing begging letters for money, it’s a wonder he found time to impregnate his first wife Barbara (Pandora Colin) seven times. Mind you, her replacement Anna (Racheal Ofori), bore 13 children.

If the death of their mother and more than half of their siblings ultimately hangs heavy on his eldest surviving sons, brilliant but unstable Willi (Douggie McMeekini) and diligent Carl (Samuel Blenkin), it barely bothers Bach. He exhorts the boys to greatness, driving one to drink and another to furious resentment, paying the bills but pushing them away. A camp, insouciantly vicious Frederick the Great (Pravessh Rana) pops up to illustrate the larger paternalistic cruelty of the age, but the verdict on Bach is pretty damning. 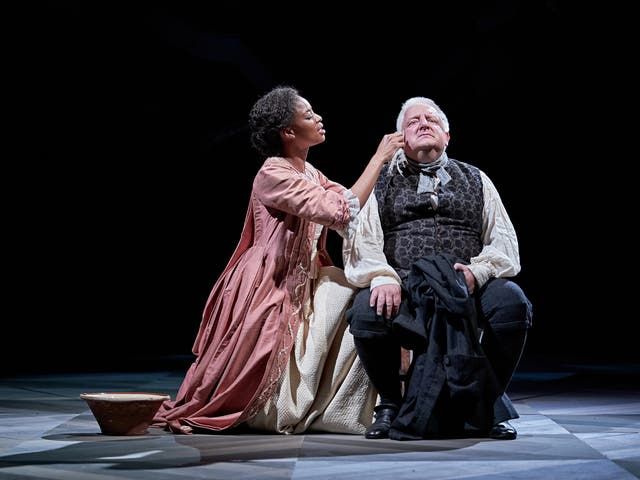 Manuel Harlan
Nicholas Hytner’s production provides a clean, clear frame for Beale and for pleasantly understated performances from Colin and McMeekin in particular. It also asks a lot of the audience. Apart from the many discussions on the purpose and creation of music, there’s loads of expository historical detail shoehorned in, and a sapping opening barrage of one-liners (“death would be a great career move”). It’s often dimly lit, leaving us squinting into the gloom. Barbara seems barely older than her children: indeed, Bach is the only character who visibly ages.

I’ll willingly suspend many layers of disbelief to watch Beale, and I learned a lot about Bach here. But ultimately this play revolves - wittily, cleverly, but repetitively - around the themes of flawed genius and the poisonous legacies of fame and family. Perhaps alongside counterpoint and fugue, more thought could have been given to progression.