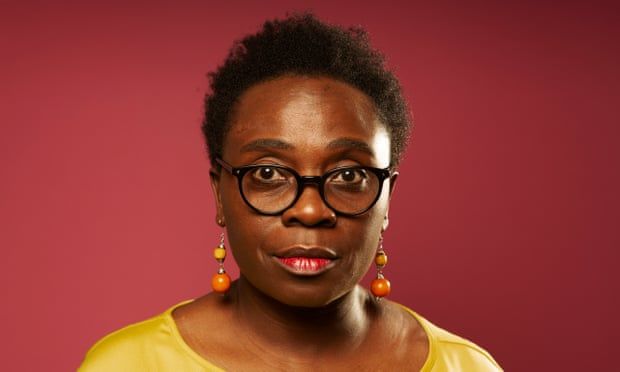 Author with British citizenship barred from flight home to UK

Jennifer Nansubuga Makumbi says Ryanair worker in Brussels wrongly took issue with her travel documents
A Ugandan-born prize-winning author said she was left feeling “numb” after she was stopped from boarding a Ryanair flight from Brussels back home to Manchester.

Jennifer Nansubuga Makumbi, a British citizen who has lived in the UK for 21 years, was returning from a literary festival when she was barred from checking in.

The 54-year-old novelist, who won the Windham-Campbell literature prize in 2018 and the Commonwealth short story prize in 2014, said she had been shocked by her treatment.

Makumbi, who has been a lecturer at Manchester Metropolitan University and Lancaster University, was granted indefinite leave to remain in 2012 and British citizenship this year. She applied for a British passport in April and was waiting for an appointment.

She had no issues travelling to Belgium using her Ugandan passport and biometric residence permit. But on Wednesday evening Ryanair staff at Brussels Charleroi airport would not let her check in for her return flight to Manchester, where she lives with her husband and son.

“I tried to explain to this guy, but he just did not even look at me or give me a moment to explain. He just said we’re not going anywhere.”

Makumbi said she was dismissed when she tried to show documentation to prove she is a British citizen, leaving her “in disbelief”. “I explained to them that I’m a British citizen but they were not having it,” she said.

Makumbi went to the British embassy in Brussels on Thursday morning where she says she was treated with “respect and sympathy”.

“They told me: ‘You are absolutely right, you are a British resident and you should have travelled, but you have fallen between the cracks.’ The problem is that the person who stops you at check-in is not an immigration officer so they don’t fully understand the British system of visas,” she said.
Advertisement

“Everybody is of the view that Ryanair was wrong, that Ryanair had no right to take those decisions, that their staff are not fully aware of the nuances in different nationalities.”

Embassy officials advised Makumbi to travel to London via Eurostar, which she was able to do on Thursday afternoon.

Oneworld, which publishes Makumbi’s books, said the news was shocking. “You’d think @Ryanair could simply Google a prize-winning author who has lived in the UK for over a decade, completed her MA and PhD in the UK and is now a university lecturer here,” the publisher tweeted.

Ryanair said: “This passenger was not denied boarding; she did not present herself [or] arrive to her gate at Brussels Charleroi ahead of her flight to Manchester (1 June), nor was her boarding pass scanned through any of the airport’s checkpoints in advance of her flight.”

The airline did not respond to further requests for clarification about why she was unable to check in.
Add Comment