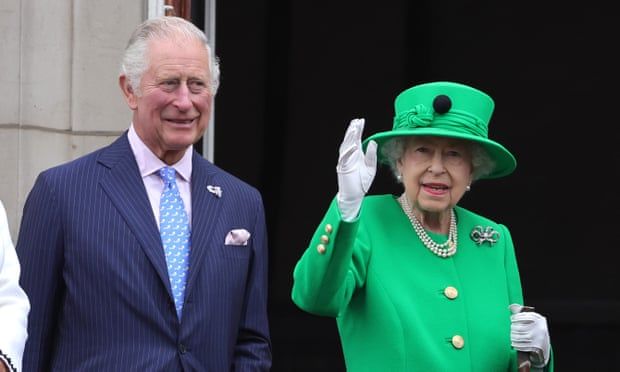 As the jubilee bunting comes down, what next for the Queen’s reign?

Analysis: the Queen’s age means a reduction in duties, and succession planning is well under way

As the bunting comes down after the long weekend of platinum jubilee celebrations, many in Buckingham Palace will breathe a sigh of relief that the increasingly frail 96-year-old Queen made it to the extra bank holiday declared in her honour.

But behind the scenes, succession planning is well under way. It was ever thus. There are few other jobs in public life where the incumbent knows who will replace them before they even start, but that has been the Queen’s reality since she gave birth to Prince Charles in 1948.

Unlike the Queen, Charles has known from birth that he will be the monarch, with the late Spike Milligan jokily referring to him as the “trainee king”.

His mother’s age has meant a significant reduction in her royal duties and appearances over the past year. Scaling back the ceremonial duties is relatively straightforward with a large enough rota of royals to go on state visits, give out the honours and open the libraries.

Winding down the constitutional duties is less straightforward. Only the Queen can, for example, give assent to parliamentary bills or meet the prime minister every week. They are purely formal duties, in that the Queen would never not sign a parliamentary bill, but they are hugely important.

“It would be a revolutionary act to refuse assent,” said Vernon Bogdanor, professor of government at King’s College, London and author of The Monarchy and the Constitution. “But nevertheless no bill passed by parliament becomes law until the Queen gives assent. Only she can do it.”

Among the options for how things might play out is that the Queen abdicates to see her son become King Charles III.

Not one royal expert thinks that is on the cards. She lived through the abdication of 1936 when her uncle gave up the throne in order to marry Wallis Simpson. She saw her adored, reluctant, unprepared father become King George VI and it was “very traumatic” for the whole family, said Bogdanor.

No one can see the Queen doing what her uncle did, even if the circumstances are vastly different. Not least that once you say being monarch is a matter of choice then the whole thing loses its reason for being.

She also made an often repeated oath on her 21st birthday, in 1947: “I declare before you all that my whole life, whether it be long or short, shall be devoted to your service and the service of our great imperial family to which we all belong.”

Bogdanor said: “She is a very strong Christian believer and she does not break an oath she has made.”

One of the reasons it has been difficult for the Queen to come to terms with Prince Harry standing down as a working royal is, experts say, because she does not see it as a role you can simply stop doing.

Another alternative would be a regency, again unlikely. For that to happen three of four people – the lord chancellor (Dominic Raab), the Speaker of the House of Commons (Lindsay Hoyle), the lord chief justice (Lord Burnett of Maldon) and the master of the rolls (Sir Geoffrey Vos) – would have to declare in writing that they are satisfied the monarch is “by reason of infirmity of mind or body incapable for the time being of performing the royal functions”.

A regent, presumably Charles, could then perform those duties.

The Queen, 96, is experiencing episodic mobility problems but no one is saying she is losing her mental capacity.

The most likely scenario, said Bogdanor, is the use of mechanisms that exist in the case of temporary incapacity of the monarch. These allow members of the council of state – the four adults closest in line to the throne, so Charles, William, Harry and Andrew – to carry out duties including giving assent to bills and appointing ambassadors.

It could not have blanket powers, though: the council of state is not able to, for example, give the royal assent to any matter in which provision is made in the Act of Settlement, dating from 1701.

By far the most likely and obvious scenario in the game of “what next” is that Charles succeeds to the throne after the death of his mother.

“Unlike the Queen, he has known from birth that he would be king and is, therefore, in my view, extremely well-prepared for it,” said Bogdanor.

That is in stark contrast to his grandfather, George VI, who had not even read a state paper before becoming king.

“I think the affection for the Queen and the respect for her will transfer to the Prince of Wales when he becomes king. His speeches and actions will all be on advice.

“He won’t be able to make controversial comments about architecture, shall we say. He will say what ministers advise him to say.

“The role of the monarchy will change a bit because he is a different person.”