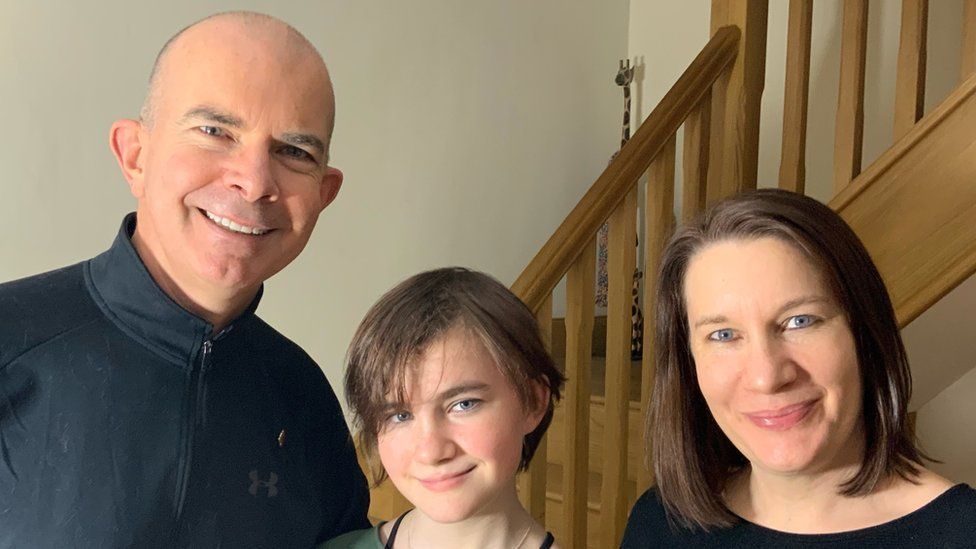 Are there affordable ways to cut your heating bill?

When Emily Hughes moved in to her new house in Peterborough, one of the first things that needed tackling was the heating system.

"With an ageing boiler, the bills were mounting quickly," she says.

To be "ultra-efficient" she decided to install a whole new heating system. Solar panels were fitted to the house, along with an air source heat pump. The heat pump and panels work together with a passive heating system - a mesh of pipes encased in concrete, that stores heat in summer and slowly releases it over the winter.

Ms Hughes says her heat pump and solar panels make her less vulnerable to energy bill price shocks, but there is still more they could do.

"We'd like a battery storage facility to store some of the solar energy for use in the night time - but at the moment the cost (and limited supply of batteries) are proving to be issues."

According to government data, 85% of UK homes use mains gas for heat, leaving them at the mercy of volatile international gas markets which dictate pricing.

The Office for Budget Responsibility says this year will see the largest fall in living standards, since Office for National Statistics records began in 1956. 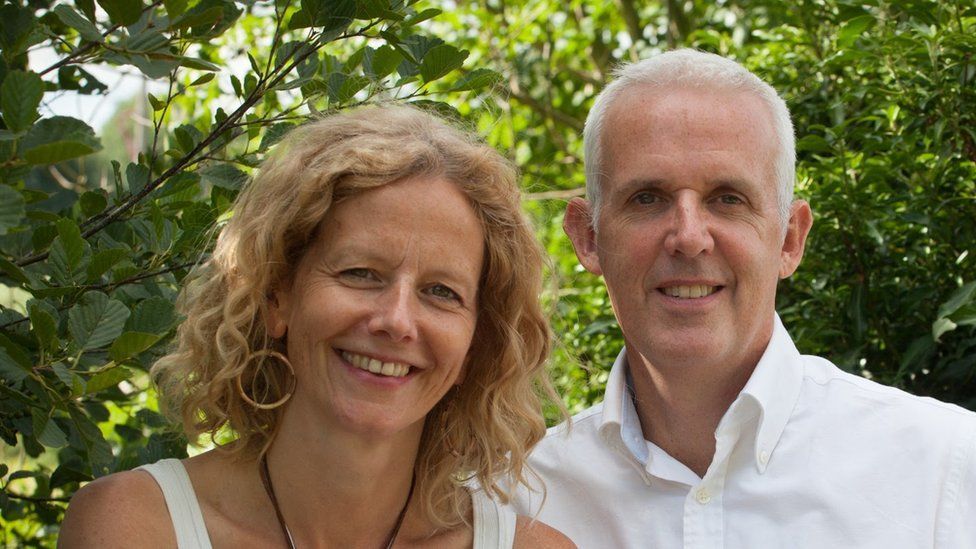 It is not just gas prices that have been volatile. Author, Alison Reddihough, lives in rural Sussex and, until five years ago, was reliant on oil for her heating.

"Oil prices move quickly - as much as 30p per litre within a week or two," says Ms Reddihough. "Organising oil refills feels a bit like playing on the commodities market. Buying at the wrong time can be costly."

Ms Reddihough is fortunate to have a large garden - large enough to install a ground source heat pump. She estimates it has halved the cost of heating her home.

Heat pumps use technology similar to your fridge, to take heat from the air outside, or in the ground, and transfer it to your house. According to the consultancy firm PwC, sales of heat pumps are set to triple this year compared with 2020.

However, they are not the answer to everyone's budgetary problem: they are still very expensive to install, which will out-price many buyers. 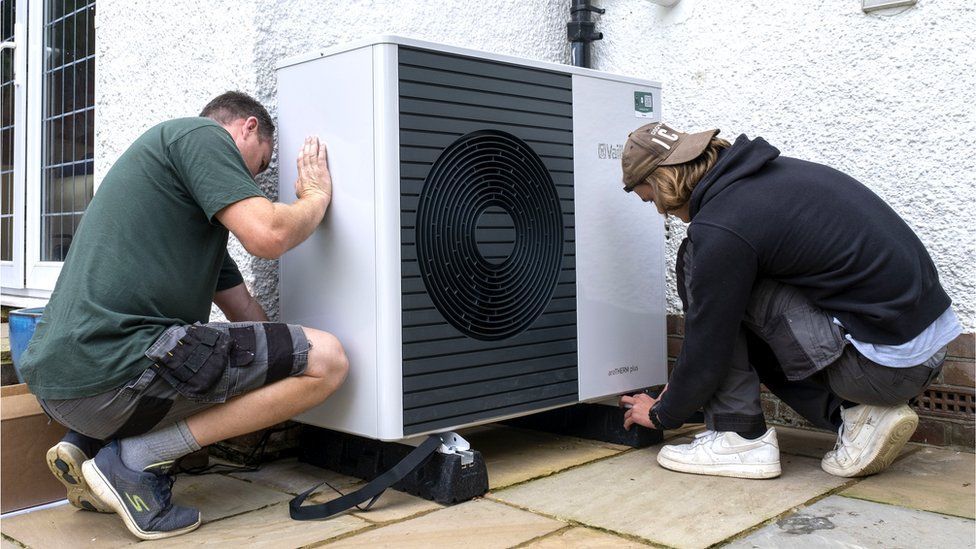 This means that while an air source heat pump could reduce your energy bill by £375 per year, it could, in theory, take up to 48 years to pay for itself. However, as electricity bills rise the cost of installation will be clawed back faster, giving more of an incentive to make the change.

In addition, the government is offering £5,000 grants to 90,000 households to help with the cost of an air source heat pump through its Boiler Upgrade Scheme.

The cost of electricity, as well as gas, is on the rise due to the fact that around 51% of UK electricity comes from gas fired power stations. According to the Energy Saving Trust (EST), the average domestic solar photovoltaic (PV) system costs around £6,500 to install and could save people who work from home the most - up to £400 per year. 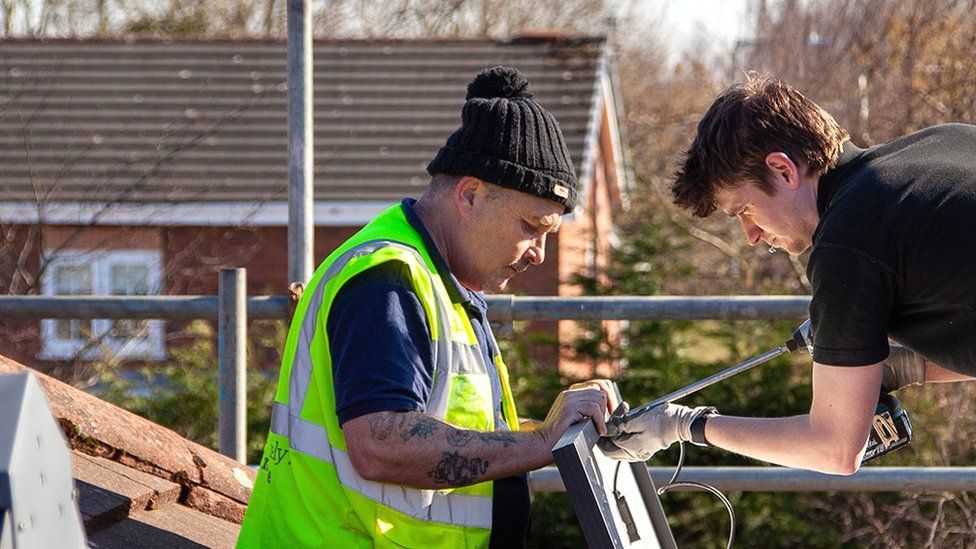 But for many, such systems are way beyond their means.

"For families struggling to pay their fuel bills, many of these measures are out of reach," says Harriet Lamb, chief executive of climate change charity Ashden.

Rising fuel bills will hit the least-well-off the hardest. Fuel poverty - when a household falls below the official poverty line due to spending most of their income on heating their home - is expected to rise dramatically this year.

The number of households set to find themselves in fuel poverty is expected to surpass six million in April and could reach 8.5 million by the end of 2022 when the price cap is raised again and bills could reach over £3,500.

Another more affordable solution for those looking to save money could be to improve insulation. The average British home is poorly insulated and not very energy efficient.

"Before we upgrade heating, we need to tackle energy loss from millions of properties. There's no point pumping warmth into homes only for it to disappear through broken windows and paper-thin walls," says Ms Lamb.

"The annual energy bill increase represents 6% of a wealthier household's income compared to 12% for a low-income household," says Ms Lamb. "There are opportunities to support the worst off first, addressing inequality as well as the climate crisis."

Upgrading the 15.3 million least efficient homes to energy performance certificate (EPC) band C, explains Ms Lamb, could save households £511 per year and cut gas use by 20%. 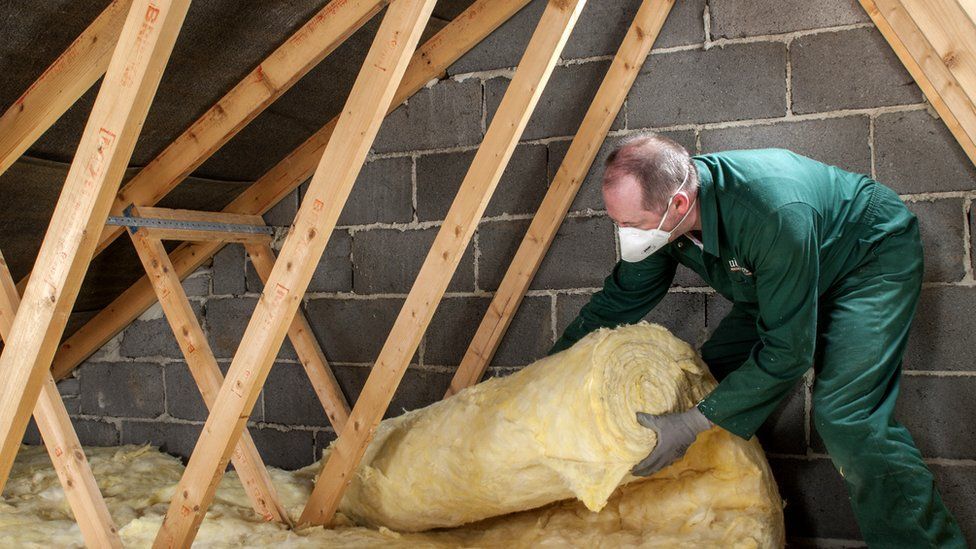 Ms Lamb would like to see measures that could help the most vulnerable in society, including fitting new walls, doors and windows to whole blocks of housing: "Like putting a tea-cosy over a row of homes".

In Cornwall, one company has engineered a system that allows heat pumps in multiple homes to share one underground water source - boosting efficiency and lowering costs.

Back in Peterborough, Ms Hughes is looking forward to a payment for the excess electricity generated by her solar panels that she's sold back to the grid.

"The electricity cost is a worry," she says. "But the solar panels are helping to take the sting out of what would be a big increase in our living costs."