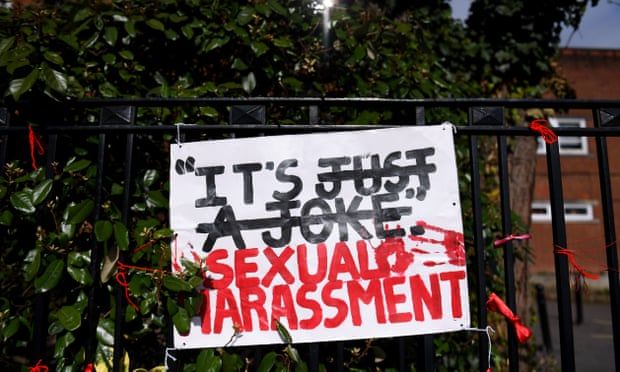 Are single-sex schools the safe option after abuse scandal?

But after the public focus on the often harrowing testimonies of sexually abused schoolgirls on the Everyone’s Invited website, many parents have been left wondering about what kind of school will best safeguard their daughters.

As one mother of a daughter reaching secondary school age told the Observer: “I’ve always been opposed to the idea of single sex as I worry about bullying – from girls – and I generally think mixed is more like ‘real life’. However, this whole huge issue with sexual abuse has really thrown me and now I am leaning strongly towards a single-sex school.”

It’s a sentiment that was echoed last week by the feminist writer and human rights activist Natasha Walter, who wrote on Twitter that, although she felt ashamed of her reaction, she was relieved, having read some of the accounts of harassment, that she and her daughter had gone to single-sex secondary schools.

“I remember when I went to the first parents’ evening,” she says, “the headteacher, who was female, talked about ‘our girls’, and I had this strong feeling that it was a safe place.”

For Walter the choice was about more than protection from boys. She believes that single-sex schools can liberate girls and boys from the “boxes of feminine and masculine behaviour”.

As she notes, there are plenty of testaments on Everyone’s Invited from girls who attended single-sex schools. Nonetheless she thinks if she were sending a daughter to a secondary school this year, she would certainly factor the threat of sexual harassment into her decision.

Everyone’s Invited, set up in 2020 by 22-year-old Soma Sara, has published more than 11,000 testimonies, mostly from young women, documenting their experience of misogyny, harassment, abuse and rape. The exact extent of the problem is unclear, but last week the Department for Education announced that Ofsted was to launch an investigation into how schools in England deal with sexual harassment and assault among their pupils, and the NSPCC set up a helpline to support victims.

For Lucy Emmerson, director of the Sex Education Forum, the issue is not about the type of school, whether single sex or co-educational, private or state, but the general ethos, and how proactive the school is in “addressing gender and power”.

“We shouldn’t be thinking we’ll look at gender and how we deal with harassment when we get to the teenagers. The moulding around gender norms and expectations of behaviour happens quite a lot earlier. So it needs to be continuous in the curriculum from primary school,” she said.

The highlighting of coercive sexual behaviour in schools is a sensitive subject, not least because no school wants to be identified as a hotbed of abuse. But the nature of the Everyone’s Invited format, in which accusers and alleged culprits are anonymous, has placed the attention on specific schools, which are named.

Many of the accounts speak of a culture among particular schools that fosters an atmosphere of entitlement – including sexual – among male students. And the majority of these appear to be single-sex boys schools.

All but one of the headteachers the Observer approached to discuss the subject declined to speak or would do so only off the record. One head of an all-boys comprehensive school in Kent was concerned that the Everyone’s Invited testimonies have highlighted specific cases but left no means to address them.

“We absolutely want people to come forward if they’ve had that sort of experience,” he said. “But when it’s anonymous on a social media site, it doesn’t really help schools to deal with it because if they don’t know who and when, or if it happened a week ago or five years ago, then how can you follow up the complaints?”

He said he had never encountered a sexual harassment issue in his own school and, having worked in single-sex and co-ed schools, he didn’t believe either was more likely to suffer from the problem. Nor, he said, had parents ever questioned him on safeguarding policies in this regard.

Emmerson understands the urge to follow up documented accusations but feels the main work to be done is in creating an environment that will prevent cases from arising in the first place. She acknowledges that it will be a long-term project that needs to extend far beyond school boundaries.

“It’s part of a society-wide culture,” she says, “but schools are important institutions within that.”

One difficulty for schools is that much of the abusive behaviour takes place outside school hours and far beyond their premises. Yet it is the school that remains the identifiable authority, the place that has “produced” the culprits and their attitudes towards girls.

Nearly all schools will have a mission statement in which the principle of “respect” occupies a prominent position. Many expect that hard-working word to cover all areas of student interaction.

“For us it’s the same issue whether it’s sexism, racism or bullying,” said the Kent head. “We don’t have a separate policy on how you treat women. It’s about respecting everybody.”

Emmerson believes this is a blunt approach that can overlook deep-lying prejudices.

“You can’t just think we teach respect to everybody and job done,” she says. “You need to pay attention to how power and gender interact.”

She argues that teachers must be models for the behaviour they teach, calling out sexist comments and “robustly” dealing with misogynistic behaviour, even that which seems low level and casual. Of course robustness is a subjective concept. 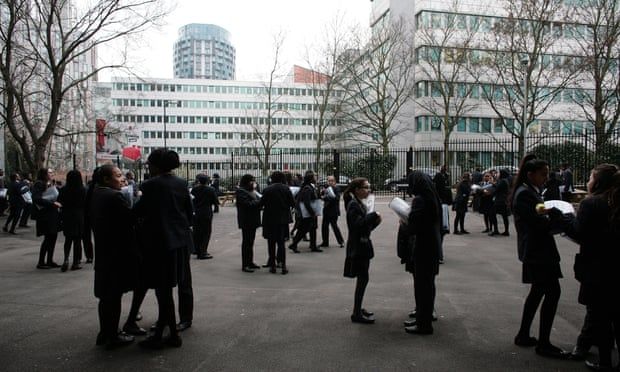 Michaela school in Brent, London, where discipline is ‘super-strict’.

Katharine Birbalsingh is the headteacher of the Michaela community school, a free (or charter) school in Wembley Park, north-west London, and the only head prepared to speak openly. She prides herself on Michaela’s stringent discipline.

“We’re super-strict,” she says, “so this nonsense doesn’t happen with us. Our boys would never treat our girls like that. It just wouldn’t happen.”

She views sexual harassment as essentially a behavioural issue, much like any other form of bullying, and one that has little to do with whether the school is co-ed or single sex. Having worked in a number of schools over the years, she maintains that pupil behaviour in large parts of the school system is “appalling” yet so commonplace as to have become normalised.

“I’ve been pointing to the tsunami for decades and no one was listening,” she says. “In fact I have been criticised, told that I’m exaggerating and it’s not really a problem. Well here you go.”

Birbalsingh, who came to prominence when she spoke about the “chaos of our classrooms” at the Conservative party conference in 2010, says that to uphold strict rules in school is not generally viewed as a politically or socially acceptable position by many schools in 2021.

“So that means the most vulnerable children are the ones who suffer. That might be girls, in some instances, because of course girls are [physically] weaker than boys.”

The flaw in that analysis is that in the days when schools often featured stern discipline, including corporal punishment, sexual harassment and misogyny were far from unknown.

Emmerson says all schools need to make sure that they have at least one teacher with specialist training in relationships and sex education. The absence of that baseline level of expertise may soon become a warning flag for concerned parents.