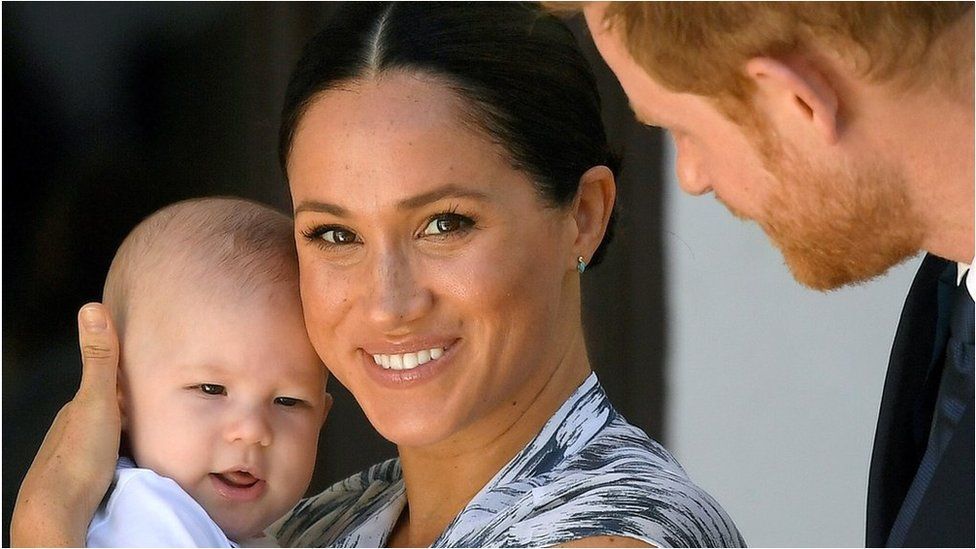 Archie: Why is Meghan and Harry's son not a prince?

In her interview with Oprah Winfrey, Meghan Duchess of Sussex said that when she was pregnant, there were conversations about her future child's status, including what title he or she should receive.

"They were saying they didn't want him to be a prince or princess, not knowing what the gender would be, which would be different from protocol," she said.

What does royal protocol say?

The rules about who gets to be a prince and also be referred to as his royal highness (HRH) come from a letter patent issued by King George V in November 1917.

Letters patent are legal instruments which may take the form of an open letter from the monarch. They may be used for royal declarations or the granting of titles such as peerages.

In our current situation, that means that Prince George, the eldest son of Prince William, automatically became a prince, but not Archie, even though they are both great-grandsons of the Queen.

Under this protocol, Prince George's siblings - Charlotte and Louis - would not have received the title either.

But in December 2012, the Queen also issued a letter patent which said that all of Prince William's children would be entitled to be princes or princesses and get the HRH title.

Also, being a prince or princess only goes through the male line, which means that the children of Princess Anne did not get those titles despite being the Queen's grandchildren.

What about Archie's title?

According to the 1917 letter, Archie is entitled to become a prince - but not yet.

The children of Harry and Meghan, the Duke and Duchess of Sussex, would have to wait until Prince Charles, the heir to the throne, became king, at which point they would be the grandchildren of the monarch and hence entitled to be princes or princesses.

That is why Prince Andrew's daughters - Beatrice and Eugenie - were princesses from birth, for example.

The Duchess of Sussex was clearly aware of the protocol.

She referred in the interview to a "George V or George VI convention" that would mean her son Archie would become a prince "when Harry's dad becomes king".

But she went on to say that she had been told when she was pregnant that "they want to change the convention for Archie" so he would not become a prince.

She did not give any more details about this and Buckingham Palace has not commented on her claims.

"I saw that Meghan mentioned that there were plans to narrow eligibility and I imagine that this is a reference to the Prince of Wales's stated view that the size of the royal family needs to be reduced," said Bob Morris from the Constitution Unit at UCL.

"However, he has not so far as I know given details of how it should be accomplished."