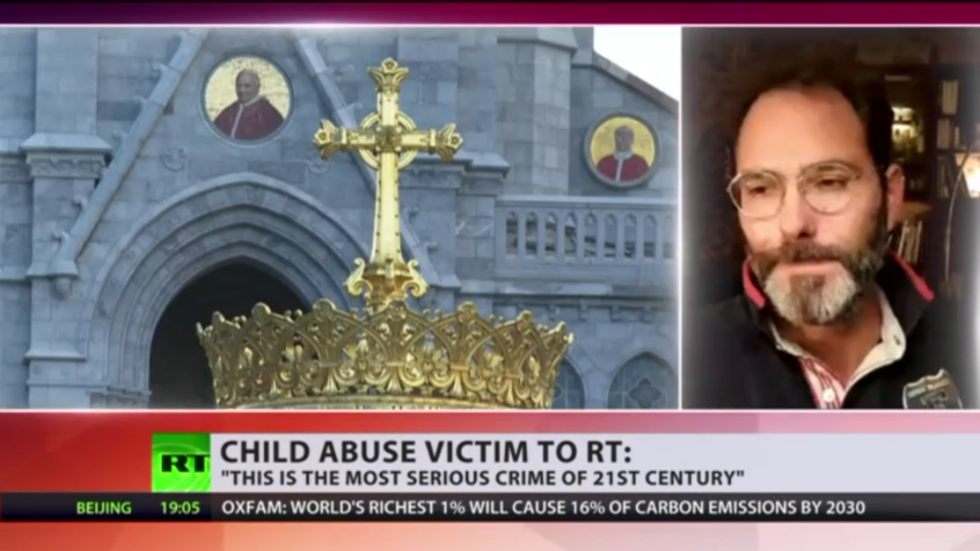 On Friday, the influential Bishops’ Conference of France (CEF) recognized that the Church bore “institutional responsibility” for scores of child abuse cases within its ranks.

The statement came a month after an independent inquiry led by former Council of State Vice President Jean-Marc Sauve estimated that 216,000 children were abused by priests, deacons and other religious workers between 1950 and 2020.

Arnaud Gallais, the founder of Prevenir et Proteger (Prevent and Protect), a support group for sexual abuse survivors, told RT the Church leadership's admission of responsibility was a “positive,” yet belated move.

Until recently, the Church “has viewed itself as being above the law,” and a sincere confession was the bare minimum of what the clergy had to do to address the crimes, he added.

Gallais was abused by a Catholic missionary, his distant relative, when he was between eight and 11 years old. His testimony was among many tragic stories chronicled by the Sauve Commission.

The Church's words of guilt and regret must now be followed by concrete steps to prevent further crimes, Gallais stressed, adding that bishops should pay compensations to the victims, many of whom still struggle with trauma. The campaigner said the French government must hold the Church accountable, forcing the clergy to “guarantee the safety of children.”

Another survivor, Francois Devaux, co-founder of La Parole Liberee (Liberated Word), a sexual abuse victims' association, was equally skeptical about the Church's will for actual change.

"It’s a good thing to make strong statements and accept responsibility. That’s what society expects. But, in the end, apart from words, it seems that nothing gets done."

Devaux, who was molested by a priest when he was an 11-year-old scout, said widespread crimes against children destroy the faith in the Catholic Church not just in France, but all over the world.

It is now up to Pope Francis to recognize the institutional responsibility of the Church “for all its crimes and offenses,” as well as their “systematic character and frightening scale,” Devaux told RT.

Luc Crepy, the head of the CEF anti-pedophile unit, said this week that the issue of compensations will be addressed as the Church decides on a method of quantifying how much should be awarded to the victims.

“Maybe in the next few weeks, we will be in a better position to give the figures. It is starting to cost several hundred thousand euros,” CEF Secretary-General Hugues de Woillemont told reporters.