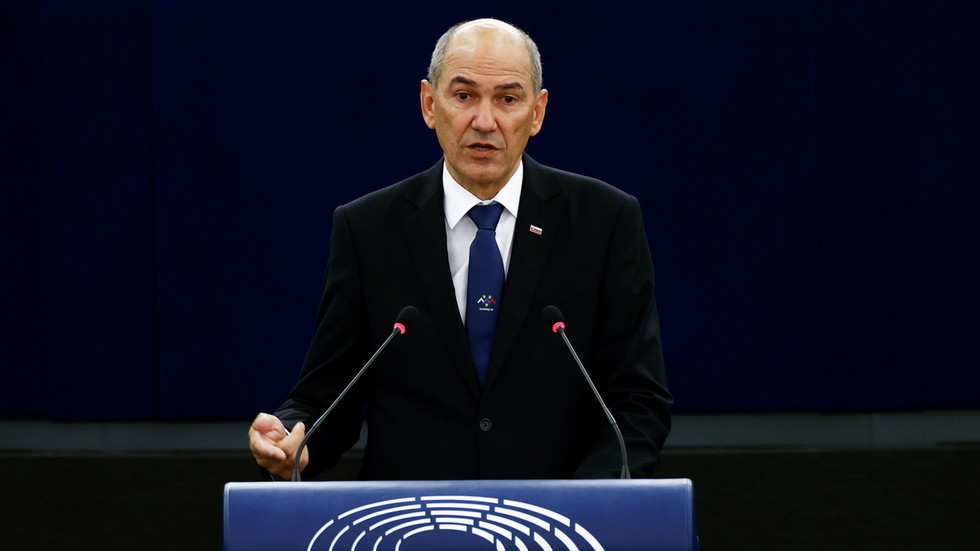 Another EU member added to Brussels’ list of undesirables

As Slovenia’s disastrous presidency of the European Council draws to a close, MEPs are determined to start making life difficult for the Balkan state after a series of provocations from Prime Minister Janez Jansa.

Slovenia’s six-month rolling presidency of the European Council ends on December 31. It has been a calamity for Brussels and Ljubljana in equal measure, and has revealed the fissure at the heart of the European Union.

EU member states take it in turn to hold the presidency of the European Council, regardless of their domestic political situation or their size. Sometimes this can prove inconvenient for Brussels, and this has certainly been the case with Slovenia.

Many on the arch-federalist liberal wing of the EU questioned Slovenia’s fitness to hold the presidency from the start. The Balkan state was deemed to be too small and too illiberal, and its government not fully signed up to the EU project.

Indeed, just before the Slovenes took on the presidency, its PM Janez Jansa responded to criticism from the European Parliament by tweeting that his country “owes the EU nothing. We fought for our freedom and democracy 30 years ago.”

Like former US President Donald Trump, Jansa has a penchant for tweeting and is mockingly known by opponents as Marshal Tweeto – a reference to the former leader of Yugoslavia, Josep Broz Tito. So, in some ways, it is not difficult to see why Brussels was so anxious about Slovenia’s presidency of the European Council.

Nevertheless, the real source of the hostility towards Jansa is that, in recent years, he has formed an increasingly close alliance with Hungary’s Viktor Orban and Poland’s ruling PiS government, who are a constant thorn in the side of the EU.

For example, Jansa’s government has backed Poland and Hungary in their battle with Brussels over the rule of law. He has also highlighted the growing east-west cultural divide in Europe and has argued that the EU will “continue to shrink” (a reference to Brexit) if all ideas are not given a fair and equal hearing.

During his country’s council presidency, Jansa also attended the Demographic Summit in Budapest alongside Orban and the then-Czech PM Andrej Babis, another leader who was often at loggerheads with Brussels.

This gathering highlighted the need for robust borders and urged the promotion of the traditional family unit. Indeed, the conference championed policies that run counter to the neo-liberal Western values of the EU, and it was no doubt seen as an embarrassment in Brussels for the Slovenian presidency to be sharing a platform with such EU undesirables.

One of the major ambitions of the Slovenian presidency was to foster closer relations between the EU and the Western Balkans states Serbia, Kosovo, Bosnia-Herzegovina, Montenegro, Albania and North Macedonia, with the hope that there would be some sort of concrete roadmap for full membership.

This, however, failed to materialise, with no firm dates regarding accession offered. Indeed, a number of Western European ambassadors voiced their concerns about migratory flows should the Western Balkans states join the bloc. Regardless of what Jansa says, the failure to make significant progress in this area must have been a massive disappointment to the Slovenes.

In October, Jansa responded to the European Parliament sending “observers” on a fact-finding mission to Slovenia to assess compliance with the rule of law by tweeting that a number of MEPs were paid puppets of Hungarian billionaire George Soros.

And now, in the dying throes of this troubled presidency, MEPs have taken their revenge and shown their disdain for the Slovenian government. A recent resolution passed in Strasbourg condemned the Jansa regime for its failure to comply with “EU values.”

The text listed a host of alleged misdemeanours, which included a failure to follow the rule of law and the repression of press freedoms. We have heard all these allegations before regarding Hungary and Poland. A total of 356 MEPs voted in favour of the resolution, with 284 opposed and 40 abstentions.

And this is how it starts. This is the opening gambit of the coming campaign against the Slovenian government, and it is no coincidence that the MEPs waited until the country’s presidency was in its final days to pass such a resolution.

Slovenia is now firmly on the EU naughty step alongside Hungary and Poland, and I guarantee this is only the beginning of a campaign of persecution. Next will come demands, threats and then finally the withholding of EU funds, all with the ultimate goal of forcing a change of government.

In the shorter term, the Brussels mandarins can rest easy in the knowledge that France takes over the presidency on New Year’s Day. Instead of being at loggerheads with the European Council presidency, they will find President Macron more pliable and willing to do their bidding.

Indeed, many expect Macron to use the presidency to strut on the international stage and champion all things EU, which will be music to the ears of the Eurocrats and MEPs.

So, it is goodbye Slovenia and hello France. It has been a rocky six months and one that the European Union will want to forget. But this won’t be the last we hear of Slovenia’s issues with the EU, for, as the MEPs have indicated, the battle is just beginning.