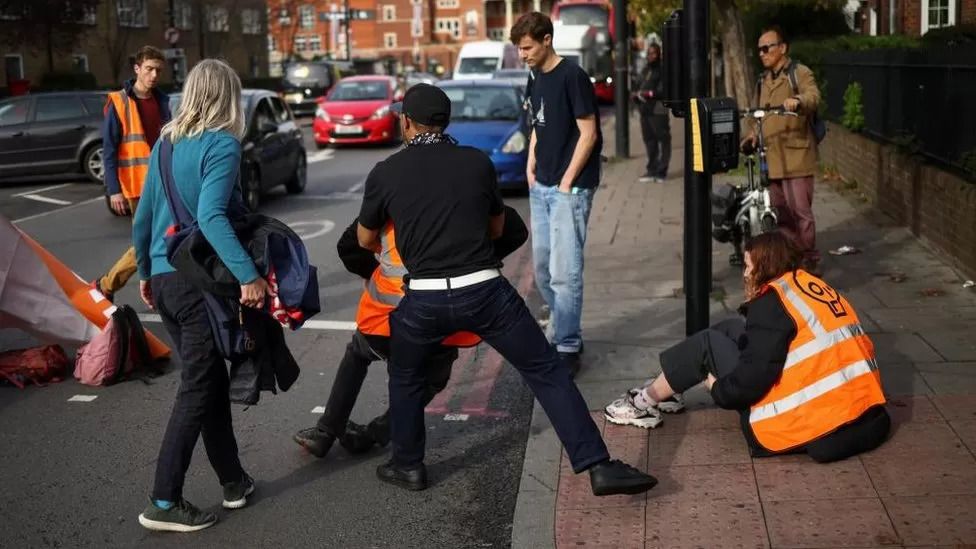 Drivers left their cars in Harleyford Street to remove demonstrators, who persistently returned to retake their places in the road.

One motorist said during the protest: "We've asked you nicely, you are doing the wrong thing by blocking innocent people going about their business.

"Can you please move before we pick you up and move you?

"You are stopping the wrong people, I've got to go pick my kids up, I've got to get my lorry back to work. We can't help you, go to Westminster." 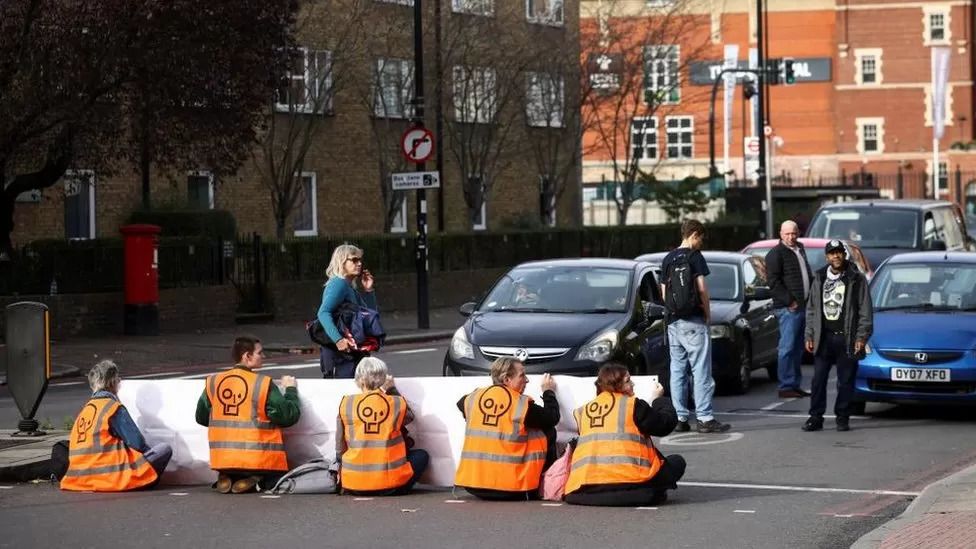 Labour councillor Theresa Norton, 64, from Scarborough, attended to support the protest, saying: "Half an hour's disruption is not a massive sacrifice.

"It's these people that are making the biggest sacrifice. They'll be arrested, go to a police cell, go to court on Monday."

Just Stop Oil said the blockages follow four weeks of civil resistance, during which the police have made 626 arrests.

Speaking after the protest, Met Police Assistant Commissioner Matt Twist said Just Stop Oil protests had "caused a significant amount of disruption and frustration among the public in London". 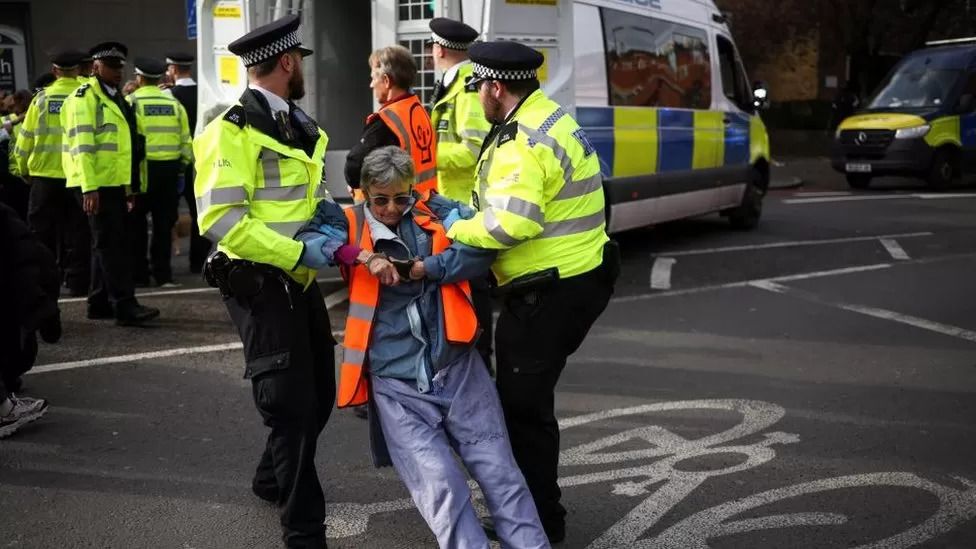 Police made 33 arrests on Saturday

He added: "We will always provide a proportionate policing response to protest and try to work with organisers so that protests can go ahead safely.

"However, the public rightly expects us to respond quickly and effectively where protest crosses the line into criminality."