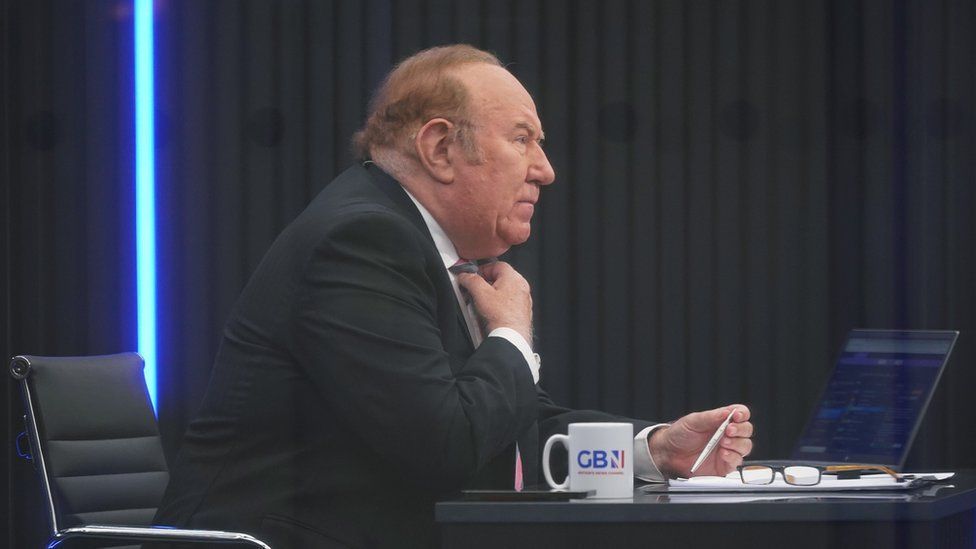 Andrew Neil has resigned as chairman and lead presenter of GB News, just three months after helping to launch the channel.

Neil, 72, was on air for less than two weeks before announcing he was taking a break.

The former BBC political presenter will continue to contribute to GB News as a regular guest commentator.

In a statement, he said he had decided to "reduce my commitments on a number of fronts".

He added: "Over the summer I've had time to reflect on my extensive portfolio of interests and decided it was time to cut back."

"I wish GB News well in continuing to fulfil its founding promise and mission to reach audiences currently underserved by existing news broadcasters."

A statement from GB News said: "Andrew is without doubt one of the finest journalists and interviewers in this country.

"GB News thanks him for his 12 months of leadership, wisdom and advice, and we wish him well."

Andrew Neil was more than just another presenter on GB News - he was the face of the channel, its chairman and the lead presenter of its flagship evening programme.

To go on a summer holiday after just eight programmes naturally attracted attention, and when that holiday continued for more than two months, it was clear something was going on.

The channel was launched with a strong editorial vision to cover stories that Neil said were neglected by other broadcasters and to counter a "metropolitan mindset".

There were a few technical problems at the start but early viewing figures were, for a news channel, good.

Its desire to challenge the BBC and Sky looked a possibility, but since those early days much has changed.

The Andrew Neil slot - which has been covered by Colin Brazier during this long summer holiday - was at the beginning of September sometimes attracting fewer than ten thousand viewers. Some programmes were getting even lower ratings.

The line-up of presenters has also changed, most notably the arrival of Nigel Farage, who is drawing their biggest audience. The channel's direction, taking on what it calls "woke" and "cancel" culture, is clear.

Neil may continue as an occasional commentator, but the face and character of the channel is now more Farage than Neil.

Neil left the BBC after 25 years following the US presidential election last November.

He then turned his attention to launching GB News in mid-June, with the channel promising to "change the face of news and debate in the UK".

However, he was said to have gone on leave at the end of June. He did not return, and earlier this month it was reported that relations between Neil and chief executive Angelos Frangopoulos had broken down over the direction of the company.

The network recruited former UKIP leader Nigel Farage in his absence, to join ex-Sun journalist Dan Wootton and experienced news anchors Simon McCoy and Alastair Stewart, who were recruited from the BBC and ITV respectively.

Neil appeared in a commentator capacity on Nigel Farage's show on the network on Monday evening, with Farage emphasising Neil's new role as a regular GB News contributor. Farage briefly alluded to the media coverage, but did not comment beyond saying he had "enormous respect" for Neil.

Neil's departure comes two months after Guto Harri quit the network following a row over his decision to take the knee during a discussion about racism towards England's black footballers.