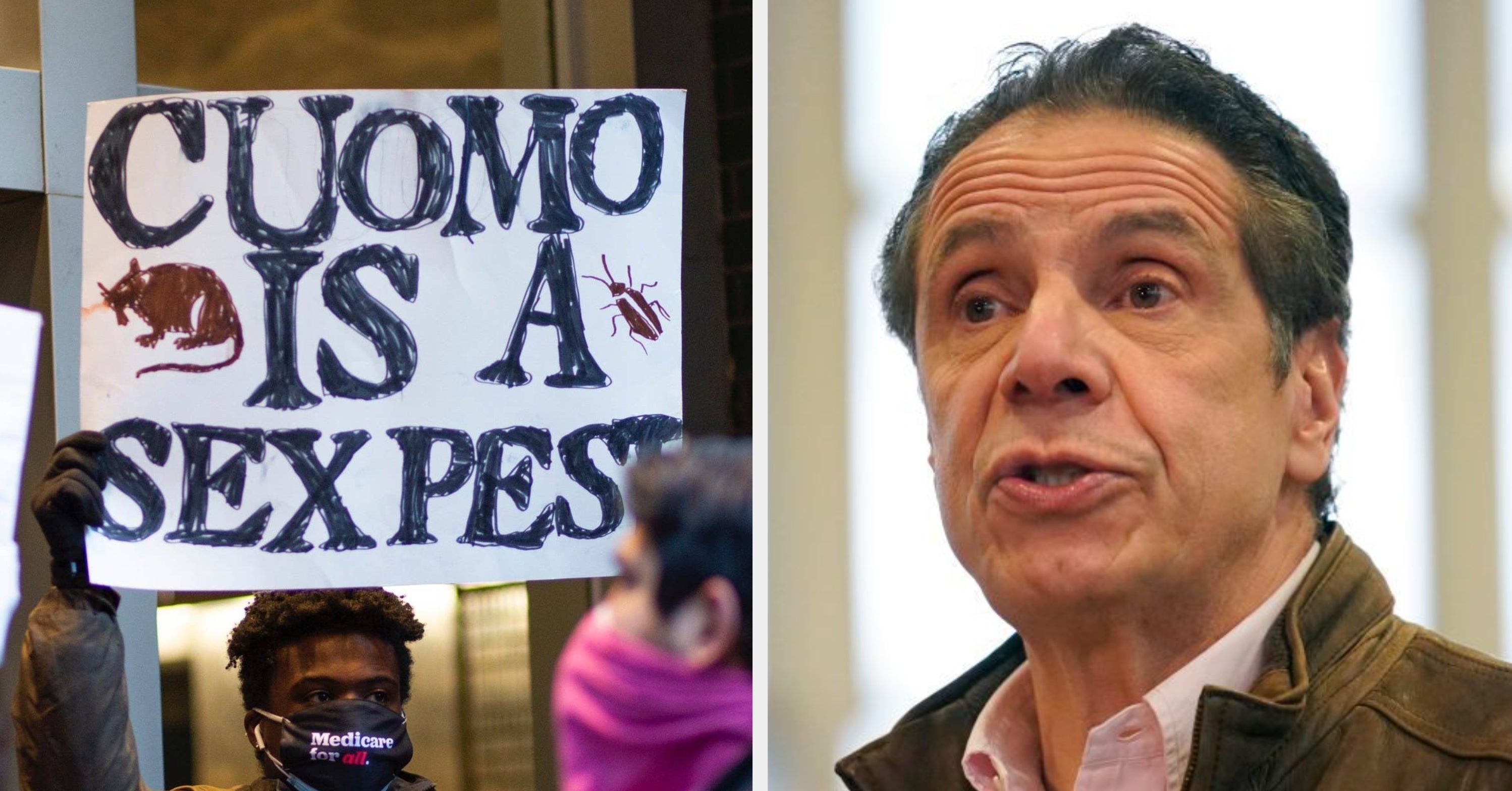 Cuomo said he “never touched anyone inappropriately,” despite one woman saying he kissed her without consent and a photo of another woman looking visibly uncomfortable as Cuomo grabbed her cheeks.

After three women accused him of sexual harassment and making unwanted advances, New York Gov. Andrew Cuomo publicly apologized on Wednesday, but said he would not resign.

“I now understand that I acted in a way that made people feel uncomfortable. It was unintentional and I truly and deeply apologize for it,” Cuomo said at a press briefing. “I feel awful about it and, frankly, I am embarrassed by it.”

Despite his apology, Cuomo said he “never touched anyone inappropriately” and urged people to “wait for the facts...before forming an opinion.”

Two of the women have accused Cuomo of touching them inappropriately, with one saying he kissed her without her consent in his office and another recalling that he aggressively grabbed her cheeks at a wedding and asked to kiss her. A photo has circulated of the latter incident, showing the woman appearing frightened.

Cuomo was first accused of harassment by a former aide, Lindsey Boylan, who worked in his office from 2015 to 2018. In a Feb. 24 Medium post, Boylan said Cuomo asked her to play strip poker and repeatedly made comments indicating he found her attractive. She also said he kissed her on the lips once in his Manhattan office in 2018.

A second former aide, Charlotte Bennett, 25, told the New York Times that Cuomo repeatedly asked her questions about her sex life and once asked her if she “had ever been with an older man.” Bennett left Cuomo’s office in November, and said much of the harassment occurred during the height of the pandemic, a time during which Cuomo became a prominent political figure nationally.

“I understood that the governor wanted to sleep with me, and felt horribly uncomfortable and scared,” Bennett said. “And was wondering how I was going to get out of it and assumed it was the end of my job.”

Debra Katz, an attorney representing Bennett, said in a statement that Cuomo’s press conference was “full of falsehoods and inaccurate information.”

The third woman, Anna Ruch, told the New York Times she met Cuomo at a wedding in September 2019 and he acted in an “aggressive” manner toward her, touching her despite her visible discomfort and and asking to kiss her.

Speaking on Wednesday, Cuomo acknowledged Ruch’s claims, including the photo of him grabbing her face, but said this was how he commonly greets people and noted that his father, former New York governor Mario Cuomo, did the same.

“You can find hundreds of pictures of me making the same gesture with hundreds of people — women, men, children, et cetera... It is my usual and customary way of greeting,” he said. “If they felt pain from it, I apologize. I did not intend it, I didn’t mean it that way, but if that’s how they felt, that’s all that matters, and I apologize.” 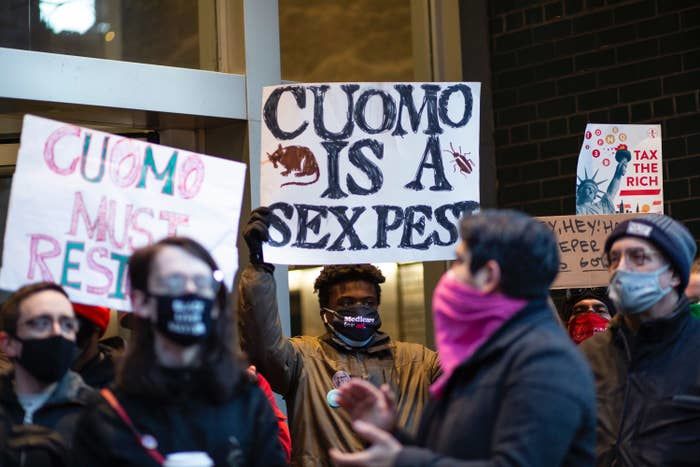 Cuomo has agreed to be investigated by state Attorney General Letitia James, and reiterated Wednesday that he will “fully cooperate” with the probe.

Since the women have gone public about their interactions with the governor, calls have risen for him to resign. Many have come from his fellow New York Democrats, including Rep. Kathleen Rice, State Sen. James Skoufis, and New York City mayoral candidates Scott Stringer and Maya Wiley. The state’s progressive Working Families Party also released a petition calling for Cuomo’s resignation.

In the Wednesday briefing, Cuomo criticized them, saying, “Politicians will always play politics.”