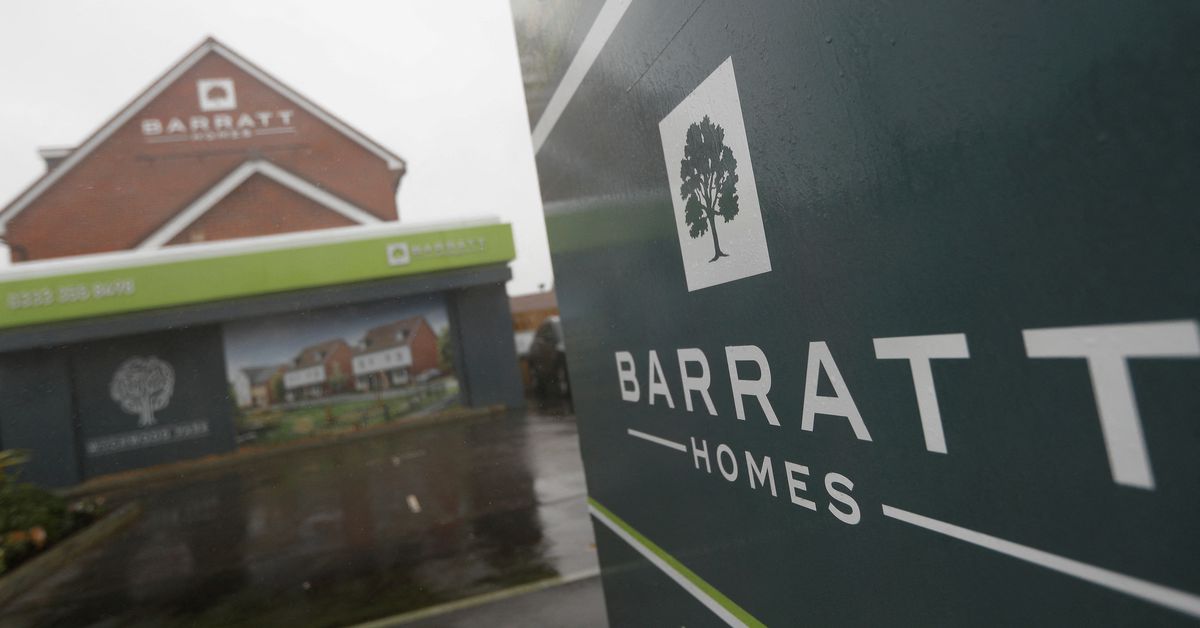 Analysis: Heavily discounted UK Plc may have further to fall

UK companies are trading at hefty discounts of about 40% to global peers but have further to fall, say investors weighing the risks posed by a grim economic outlook, soaring borrowing costs and a volatile pound.

Though rising costs of anything from labour to raw materials and energy in the wake of post-pandemic supply disruption and Russia's invasion of Ukraine are by no means limited to the UK, corporate Britain had already taken a hit from post-Brexit investor pessimism.

Hani Redha, global multi-asset portfolio manager at U.S. investment firm PineBridge, said that UK valuations do not look cheap when looking at a multi-year timeframe and the "structural issues facing the UK economy". 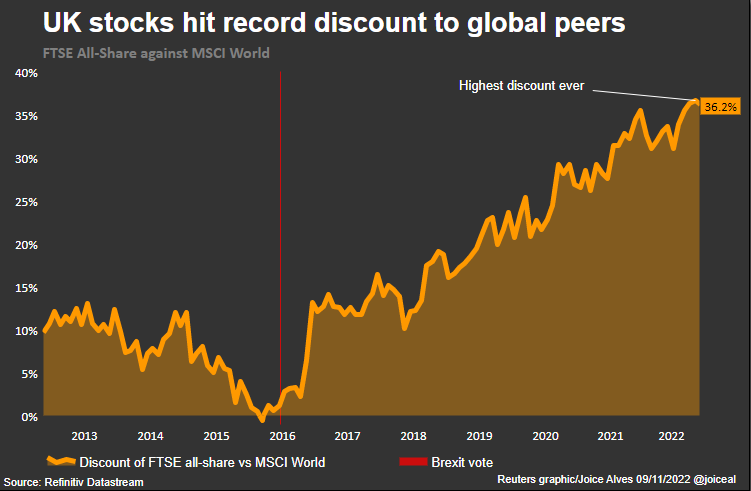 But investors do not expect the recovery to last.

"These sectors are facing a double whammy of rising costs of capital and very poor liquidity in the market," Magdelinic said.

Though Sunak's new fiscal plan is due on Nov. 17, sterling-denominated corporate borrowing costs remain close to multi-year highs, with the Bank of England lifting interest rates to 3% in an effort to contain inflation while also warning on the risk of a two-year recession.

The ICE BofA sterling non-gilt index (.MERUR00), which measures prices of investment-grade debt, hit its lowest since 2009 last month and has fallen by about 20% this year.

The drop in the pound to record lows against the dollar has only compounded the problem for British corporates.

Half of all borrowing by UK non-financial companies is in dollars, totalling about 350 billion pounds ($399.5 billion), according to S&P Global.

There is a silver lining, however. Non-financial corporate refinancing needs are modest through 2023, the ratings agency added.

POUND AND FTSE 250 IN TANDEM

This year, the FTSE 250 index, which is heavy in sectors that import goods and sell products domestically, has shown the most consistent positive correlation with sterling in almost a decade, meaning that the two are more likely to move in lockstep.

Simon Keane, equities specialist at investment bank Schroders, has compared the performance of UK small-cap companies to FTSE 100 blue-chip counterparts, which tend to book a large part of their revenue in dollars and found the gap between them at its widest for 30 years.

But it's not all doom and gloom, Keane said.

"For UK small-caps to have underperformed by almost 30% is statistically rare," he said.

"Such a dramatic underperformance has also, on average, been a precursor to a period of strong outperformance versus the FTSE 100."

PineBridge's Redha said he will re-evaluate British stocks next year because he expects European and U.S. stocks to reach a trough in the first half of 2023.

"Bearing in mind in what state the UK economy is right now, I would stay clear of UK small-caps," he said.