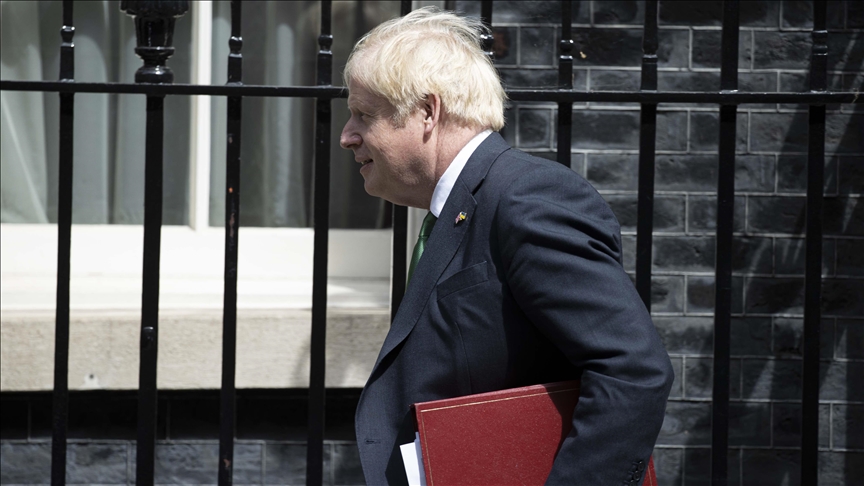 ANALYSIS - Following Johnson’s resignation, what is the future of “Global Britain”?

While the future of Britain’s leadership may remain uncertain, its geostrategic and trade footprint would likely continue to remain relevant as Britain remains outside the EU

In June, the United Kingdom Department for International Trade announced that Britain was aiming to pursue a Free Trade Agreement (FTA) with the Gulf Cooperation Council (GCC), further enhancing pre-established ties with the bloc. Britain seeks to further bolster its clout in the Gulf region – something it has tried to do throughout the Brexit process and use this to further leverage its position in the Pacific and globally – per its stated “Global Britain” ambitions.

Despite Boris Johnson announcing that he will stand down as Britain’s Prime Minister by October as he faces defiance from his own ministers, meaning there will be a new Prime Minister contest, the current Conservative government has consolidated much of Britain’s post-Brexit foreign policy.

- What is next for international trade?

International Trade Secretary Anne-Marie Trevelyan said the prospective agreement aimed to add a further £1.6 billion ($2.3 billion) annual boost to the UK economy. Increased exports of manufactured goods and agricultural produce to financial and digital services would add to this. The GCC bloc constitutes the UK’s seventh largest export market, representing £33.1 billion ($41 billion) in annual bilateral trade; demand for goods and services in the region is expected to grow by 35 per cent to £800 billion ($970 billion) by 2035.

The GCC would also look to extend its own preferential access to the UK market, through reduced tariffs and other trader barriers. The talks commenced in late June in Riyadh, Saudi Arabia, where the GCC headquarters are based.

Much of the agreement intends to extend the UK’s position as a regional and therefore a global power. According to a policy paper published by the UK Department for International Trade, “an agreement with the GCC would strengthen the UK’s position in the Indo-Pacific and complement the UK’s other commitments in this region, such as trade agreements with Australia and New Zealand and ongoing negotiations with India and the 11 member countries of the Comprehensive and Progressive Agreement for Trans-Pacific Partnership (CPTPP).”

Though it is only in the development stages, and alone it does not substantially bolster Britain’s clout in the Pacific, it showcases how Britain is targeting the Pacific to extend its trade routes and influence there. Largely, it will help Britain move towards becoming a power in the Indo-Pacific region, as one of Britain’s key post-Brexit ambitions is to become a leading European player there.

This followed Britain’s roadmap to extend its trade routes and geopolitical clout globally one year ago. On March 16, 2021, the United Kingdom published its “comprehensive vision” for its engagement with the world post-Brexit, titled “Global Britain".

The UK stated that it considers the Indo-Pacific as a central region where the “competitive age” is playing out, requiring active British involvement to shape international order and support “open societies.”

Britain has established forums for cooperation such as the Malaysia-United Kingdom Strategic Dialogue and UK-Indonesia Joint Economic and Trade Committee, and engaged in early visits to ASEAN countries. While Britain is still lacking in influence compared to other competitors, it shows the UK is matching its influence there.

Much of the UK’s desires extend to how it wants to ensure it can become an influential power globally and tap into its historic allies in the region. After all, the UK has already tried to ensure it can take a more proactive approach in global affairs by reforming its armed forces. In November 2021, it announced its Future Soldier plan which would reduce its armed forces but spread them more widely globally, relying more on technology and countering cyber-security. The plan has “Global Britain” written all over it, as the UK seeks to ensure it can secure its global footprint through its armed forces, alongside its trade and political ties.

However, Britain has still aimed to act in conjunction with NATO, particularly given the threat of Russia’s expansion into Ukraine. After the NATO Summit in Madrid in June, NATO member states agreed to station around 300,000 troops from next year in the event of Russia threatening an attack on a member state. Britain has pledged to commit an extra 1,000 UK-based troops and one of its two new aircraft carriers to Estonia, where Britain already has about 1,700 personnel deployed.

Regarding NATO, the UK had also raised the issue of Chinese expansion at the summit, warning that China could become more of a threat. Foreign Secretary Liz Truss said that to avoid a repeat of Russia’s invasion of Ukraine, then NATO should station troops in Taiwan to warn off a potential invasion from China.

While Britain is trying to ensure that it can remain a part of NATO, as it has evidently adopted an "Atlantic-oriented" foreign policy while moving away from Europe, it is clearly trying to assert itself further as a leader of the bloc, as it sought to do earlier following the Ukraine crisis.

Critics claim that Boris Johnson has tried to pursue Britain a "neo-imperial fantasy" of the UK through regaining influence within its historic sphere of influence. While such narratives may have driven Johnson’s government, these historic relations may provide London the opportunity to salvage trade in the world following its departure from the European Union (EU).

While the future of Britain’s leadership may remain uncertain following Johnson’s resignation, its geostrategic and trade footprint would likely continue to remain relevant as Britain remains outside the EU.