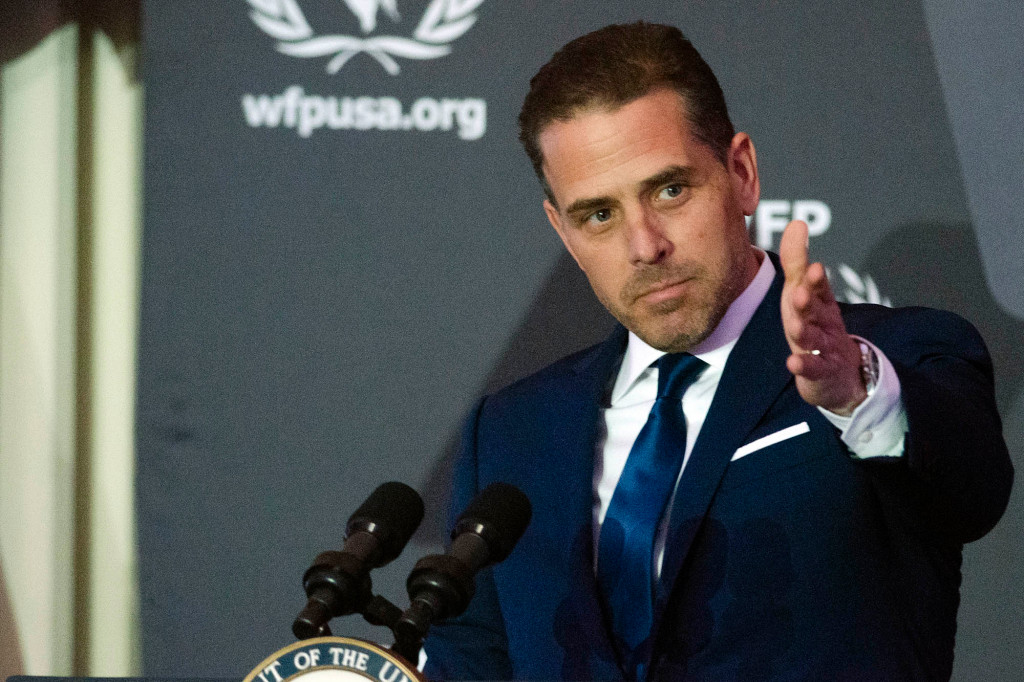 Sohrab Ahmari
The US Federal Election Commission decreed that there was nothing untoward about Twitter’s decision to censor a story in The New York Post newspaper in October detailing Hunter Biden’s corrupt dealings.

On Monday, the Central Election Commission of the Russian Federation dismissed a complaint lodged by local pro-democracy activists concerning the government’s decision to censor a news story on corruption in the Putin clan just ahead of the 2018 presidential election in the autocratic nation.

Published in the reformist newspaper Novaya Gazeta, the story ­had detailed how the Russian strongman’s daughter Katerina helped arrange meetings ­between a German appliances ­giant seeking market share in Russia and her ­father while he served as prime minister in 2011.

Soon after the story’s ­appearance, the popular Russian social-media platform VK moved to ban it, going so far as to prevent Russian users from sharing it in direct messages and suspending Novaya Gazeta’s ­account for weeks. Senior members of the Russian security apparatus denounced the story as “US misinformation,” though they admitted they had no direct evidence of American involvement.

The election commission’s decision, made last month behind closed doors and set to become public soon, concluded that VK had “credibly explained” that blocking the article’s distribution was a merely “commercial decision,” and that the move followed existing policies related to hacked materials, according to “factual and legal analysis.”

The commission’s decision was first leaked to Rossiyskaya Gazeta, the government-owned daily, which promptly labeled Novaya Gazeta’s reporting as ­“unsub­stantiated.” Soon, other Kremlin-linked outlet echoed this characterization, in what Western observers ­decried as a blatant attempt to discredit reporting seen as highly damaging to Putin and others in his oligarchic circles. . . .

Wait. Justing kidding — none of that happened. Or rather, a fact pattern nearly identical to the one above did take place. It’s just that it transpired right here in the United States — in our “Atlantic fortress of liberty,” as Russian dissident Alexander Solzhenitsyn called it — and not in a cold and distant land Americans associate with ruthless dictators and corrupt oligarchs and their well-connected children.

Here’s what actually took place: On Monday, the US Federal Election Commission decreed that there was nothing untoward about Twitter’s decision to censor a story in this newspaper in October detailing Hunter Biden’s corrupt dealings, including his arranging a 2015 meeting between his father, then the second-most powerful man in the world and the Obama administration’s point man on Ukraine, and Burisma, a shady Ukrainian energy firm that was paying the illustrious vice-presidential son some $83,000 a month for, umm, his expertise in Eastern-European energy affairs, no doubt.

The FEC, it seems, has concluded that Twitter’s decision was a purely “commercial” one, having to do with the tech giant’s policy against publishing “hacked materials,” according to an outline of its ruling obtained by The New York Times (most likely thanks to a leak by a left-leaning member of the FEC staff).

The decision, and the Times ­report announcing it, are a tangle of lies: No, the Hunter story wasn’t based on hacked materials: The Post was clear all along how it obtained the laptop material. And it bears ­repeating for the thousandth time: Neither Hunter nor his father has disputed the authenticity of the e-mails obtained by The Post. Hunter has even suggested the laptop “could be” his. The Post story is emphatically not “unsubstantiated.”

But this is America in 2021. We Americans live under a regime. In a technical sense, all peoples live under regimes, every nation has an organized political order. But I use the term “regime” in the menacing sense usually applied by American liberals to places like, well, Putin’s Russia.

Only, our regime is far more sophisticated than Putin’s crude autocracy. It exerts its tyranny through private actors: Silicon Valley workers, Times reporters. The regime has acquitted itself.

Sohrab Ahmari is The Post’s op-ed editor and author, most recently, of “The Unbroken Thread: Discovering the Wisdom of Tradition in an Age of Chaos.”