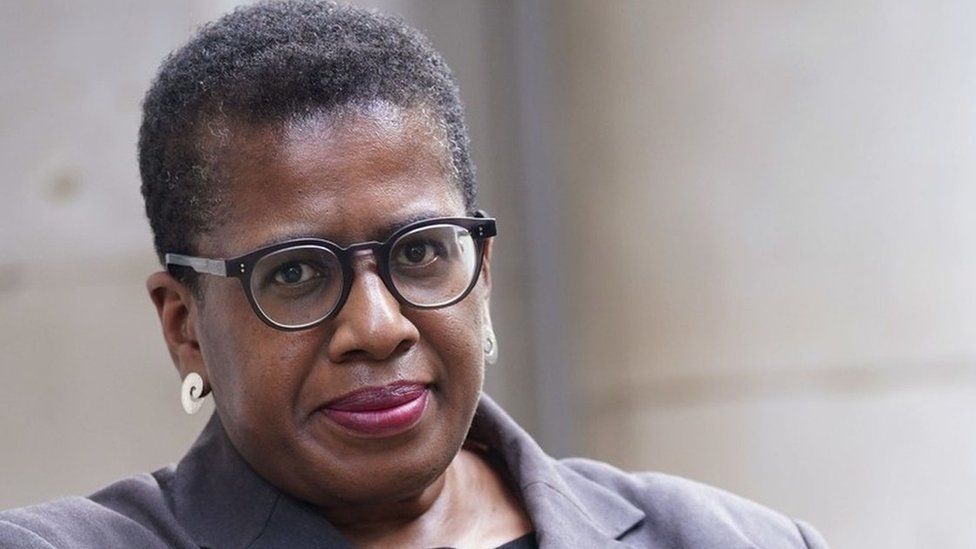 The views of a barrister were labelled "transphobic" in a colleague's email, a tribunal has been told.

Allison Bailey is suing her chambers and LGBTQ+ charity Stonewall, arguing she was unlawfully discriminated against due to her view that sex is biological and cannot change.

Ms Bailey, who is a lesbian, argues her employer wrongly treated her views as transphobic.

The tribunal heard that on 14 December 2018, GCC family law barrister Stephen Lue sent an email to employees to let them know the firm was becoming a "Stonewall Diversity Champion".

Under the scheme, the chambers paid Stonewall for continuing advice on how to create an inclusive workplace.

Ms Bailey opposed the move. She argued via email that Stonewall was involved in "harassment, intimidation and threats" made to anyone who opposed its viewpoint - a claim the charity rejects.

The tribunal heard that Ms Bailey wrote: "There are many of us within the LGBT community who fully support trans rights but who do not support the trans-extremism which is currently being advocated by Stonewall and others.

"I emphatically object to any formal association with Stonewall."

The following day, GCC barrister Michelle Brewer sent an email to Mr Lue, in which she wrote: "Great, now Allison's wholly unfounded allegations are going to be aired... nothing like washing our dirty transphobic laundry in public."

Ms Bailey alleges that as a result of her treatment, her income was "substantially reduced" in comparison to previous years, "most notably to 2018".

She says the central London law firm "withheld instruction and work" from her following these interactions.

The GCC has said that it "strongly refutes" the claims made against it and that following an investigation in 2019 into complaints made about Ms Bailey's social media posts, it was concluded that no action against her was necessary.

The tribunal, being held at Central London Employment Tribunal at Victory House, continues.