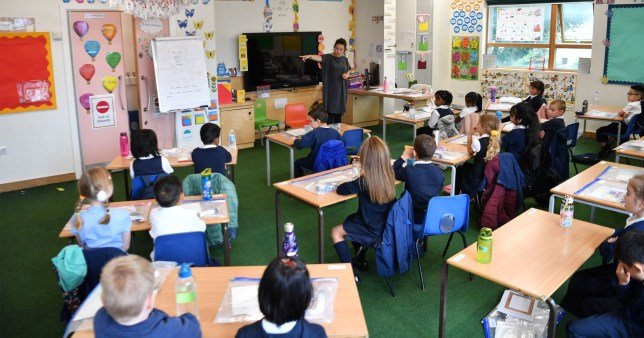 All London primary schools will be closed at the start of terms for most pupils, mayor Sadiq Khan has confirmed.

The U-turn comes two days after the Government said only those in 22 of London’s 32 boroughs would be affected by closures.

The list excluded several areas in the capital where Covid-19 transmission rates are high.

Eight London authorities, including Islington, Lambeth and the City of London, asked for their primary schools to be closed and suggested they were prepared to take legal action.

Leaders in Haringey threatened to defy the Government and support any schools that decided to close to protect staff and pupils.

The action provoked an emergency Cabinet Office meeting on New Year’s Day, where ministers signed off on plans to add the 10 remaining boroughs to the list, according to The Guardian.

Responding to the news Mayor Khan tweeted: ‘The Government have finally seen sense and u-turned. All primary schools across London will be treated the same. This is the right decision – and I want to thank education minister Nick Gibb for our constructive conversations over the past two days.’


Primary schools in London will now only be open for vulnerable children and those of key workers until at least January 18, when Covid data will be reviewed.

Schools in 11 boroughs in Essex, nine boroughs in Kent, two in East Sussex, four in Hertfordshire, and Milton Keynes in Buckinghamshire will also stay closed on January 4, when term begins.

The initial decision to keep some London schools open while ones in neighbouring authorities were closed left many baffled.

The capital is under a tier four lockdown amid surging infection rates with hospitals at near breaking point.

The Government’s Sage committee said it was ‘highly unlikely’ the pandemic could be managed effectively if schools were free to open next week. 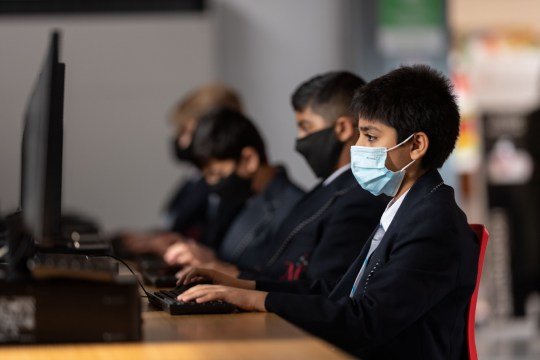 The letter from the local authorities, which was sent to Education Secretary Gavin Williamson, warned excluding them was unlawful on a number of grounds and that the decision ‘could be challenged in court’.

The leaders said they were ‘struggling to understand the rationale’ behind a move that ignored ‘the interconnectedness of our city’.

They pointed out that Covid-19 infection rates were higher in some boroughs told to reopen schools than in others where schools were to remain shut.

Union leaders have welcomed the U-turn but say it should not have been made so last minute.

Paul Whiteman, general secretary of the National Association of Head Teachers, said: ‘The government appears to be following neither the science nor the advice of education professionals on how best to preserve the quality of education for young people. The government cannot expect to command public confidence with such a confusing and last-minute approach.’

Dr Mary Bousted, joint general secretary of the National Education Union, said the announcement should apply to the rest of the country as well.

‘With the highest level of Covid-19 infection, and hospitals buckling under the tsunami of very ill patients, it is time for ministers to do their duty – to protect the NHS by following Sage advice and close all primary and secondary schools to reduce the R rate below 1,’ she said.

‘It is time for the Government to protect its citizens, and in particular its children, by shutting all primary schools for two weeks in order for the situation to be properly assessed, schools made much safer and children and their families protected.’

Mr Williamson is also facing rebellion from secondary school leaders in England over its demand that testing pupils is to be mandatory from January 11.

The army is being drafted in to help schools set up the operation, but teachers say they need more time.