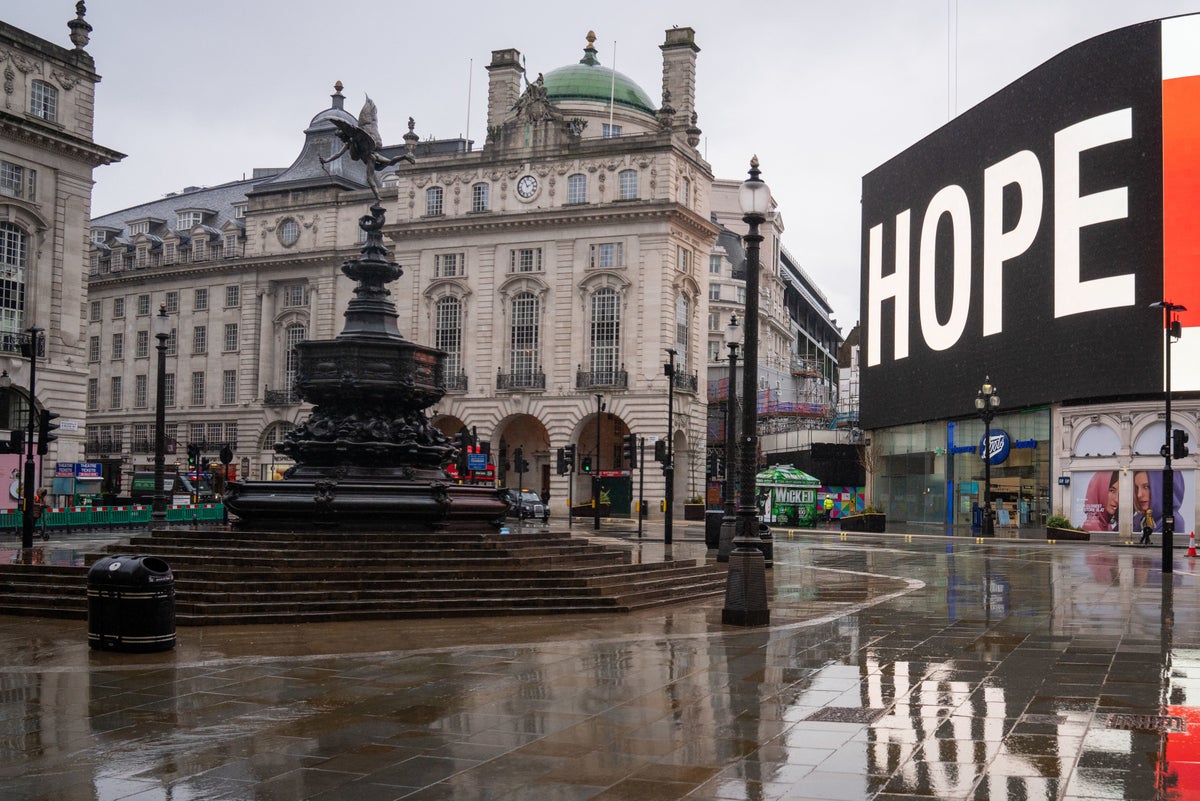 London is continuing to see a steady decline in Covid-19 infection rates, according to new data.

More than half of the capital's 32 boroughs are now seeing seven-day infection rates below 400 per 100,000 Londoners.

The figures, for the seven days to January 25, are based on tests carried out in laboratories and in the wider community.

It shows infection rates falling in every single borough. The highest is in Brent, with a rate of 588.9 in the week to January 25 - with 1,942 new cases recorded. That is a 30 per cent fall on the rate of 838.2 over the previous seven days, when an additional 2,764 people in the borough tested positive.

The latest Public Health England figures, which have been crunched by the PA news agency, show similarly large falls have also been seen in Ealing and Hounslow, which have recently had the highest infection rates in the capital.

Data for the most recent four days (January 26-29) has been excluded as it is incomplete and does not reflect the true number of cases.

Knowsley in Merseyside continues to have the highest rate in England, with 1,090 new cases recorded in the seven days to January 25 - the equivalent of 722.5 cases per 100,000 people. 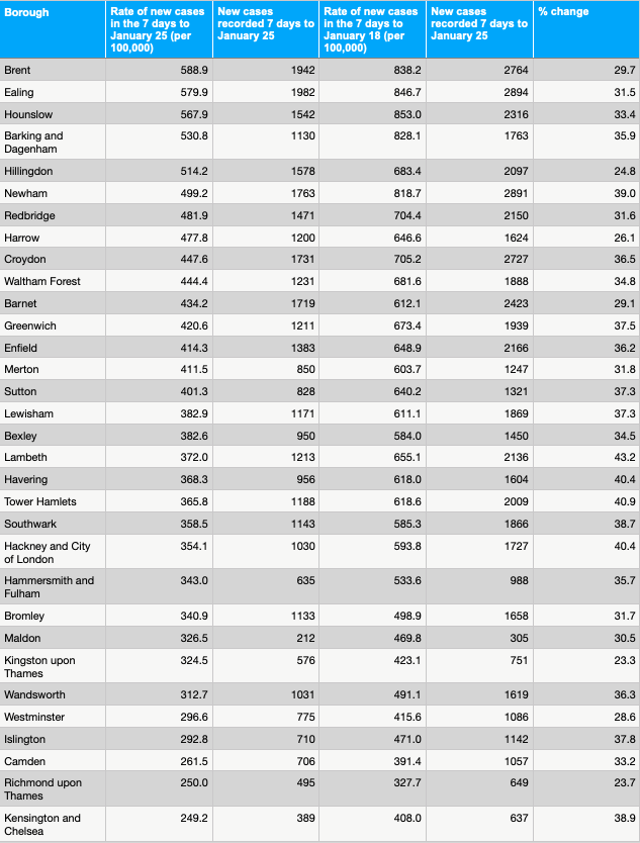