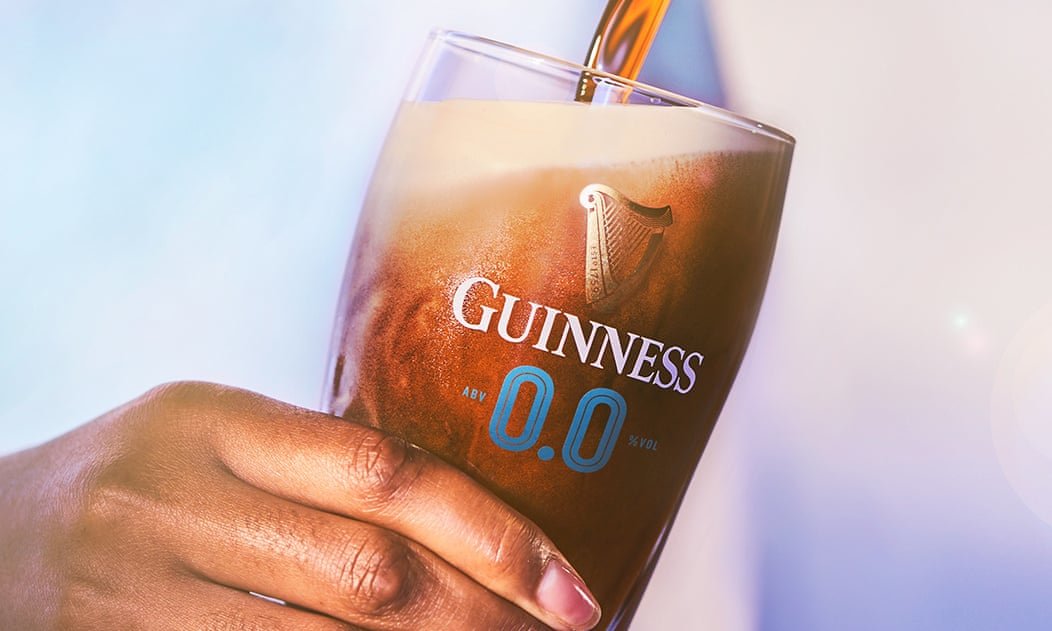 The global drinks company Diageo is to further raise the stakes in the burgeoning low- and no-alcohol drinks sector next week by launching a booze-free version of Guinness in Britain and Ireland.

Guinness 0.0 goes on sale in 4-440ml can packs in off-licences, and Waitrose and Morrisons supermarkets from Monday, before being rolled out to other retailers. But pubgoers will have to wait until next spring to enjoy the new version of the popular Irish stout on draft, while it will be launched in other parts of the world later in 2021. 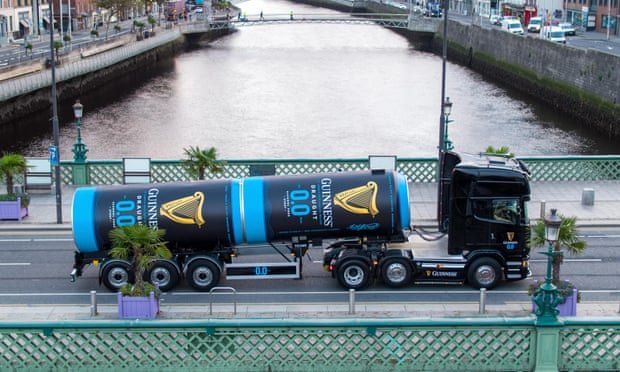 Even before lockdown, an increasing number of brewers were offering more no- and low-alcohol alternatives, while Covid-related restrictions have increased consumers’ thirst for hangover-free options as drinking habits have become home-based.

Using a process that has taken four years to develop, brewers at its St James’s Gate site in Dublin begin by making Guinness to the traditional 261-year old recipe – with water, barley, hops and yeast – before tweaking it to remove the alcohol through cold filtration.

“This is an exceptional day for Guinness, as we finally reveal Guinness 0.0,” said Grainne Wafer, global brand director of Guinness. “The launch highlights our long-held commitment to innovation, experimentation and bravery in brewing, harnessing the power of our brewers and our ingredients to create an alcohol-free beer that is 100% Guinness but 0% alcohol.”

Low-alcohol wines and spirits are also proving attractive to consumers, and it is estimated there are about 70 no-alcohol spirits brands in the UK, up from zero in 2014.

In 2019 Diageo bought the nonalcoholic spirit Seedlip, adding it to a drinks cupboard that includes Johnnie Walker whisky and Gordon’s gin. Its Guinness brand has also launched a 0.5% abv (alcohol by volume) lager called Pure Brew, which was trialled in 250 pubs across Ireland.

Major rivals such as Heineken and Carlsberg have also launched alcohol-free versions of their flagship beer labels. The Belgian brewer AB InBev launched a low-alcohol alternative to Stella Artois earlier this year, pledging that low and no-alcohol products would make up 20% of its drinks portfolio by 2025.

A total of 2.5m pints of Guinness are produced every day at St James’s Gate brewery in Dublin – equivalent to 29.5 pints of Guinness every second. Britain is its largest market, followed by Ireland and Nigeria.