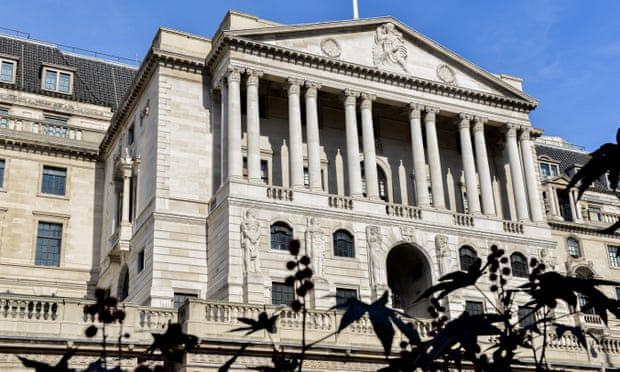 The annual inflation rate has burst through the 10% barrier sooner than the financial markets and the Bank of England expected, but the sharp jump in the cost of living last month is not really that much of a shock.

Periods of double-digit inflation are pretty rare in the UK. In the past 70 years, inflation has been as high as it is currently only three times: during the Korean war in the early 1950s, and after the two oil shocks of the mid- and late 1970s. 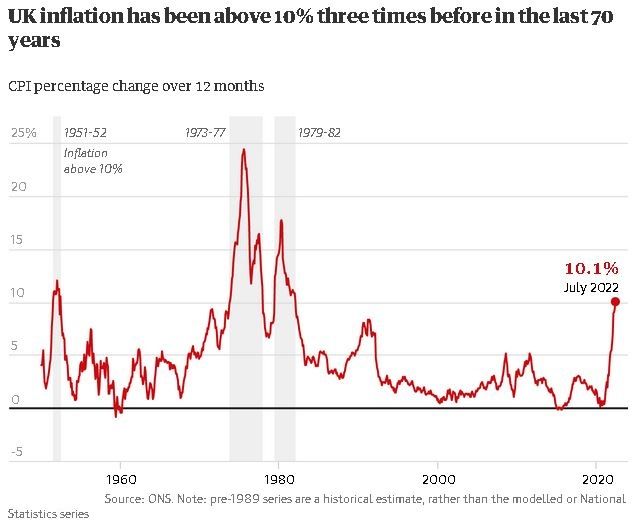 Not for 40 years – since the period immediately before the Falklands war – has inflation climbed above 10%, but there has been upward pressure on the cost of living since the global economy started to emerge from the pandemic-enforced lockdowns during 2021.

Consistently over the past year, the figure has come in higher than forecast, but it will not merely be the leap in the headline number for the consumer prices index (CPI) – up from 9.4% in June – that will be a cause for concern.

For a start, the Office for National Statistics (ONS) said price increases were evident pretty much across the board. The ONS splits the CPI into 12 categories, and in nine of them inflation picked up last month. Food prices rose particularly strongly but there were also increases in clothing and footwear, restaurants and hotels, and recreation and culture.

What’s more, there is clearly further bad news to come. The price of goods leaving factory gates – an indication of inflation in the pipeline – rose by more than 17% in the year to July, the highest rate in 45 years.

There has been some better news. Oil prices are well below their peak and that is feeding in – albeit slowly – to the prices paid by motorists for petrol and diesel. The war in Ukraine has also prompted many countries to plant more crops to compensate for the lost supply, and while the ONS says the increased production has yet to be reflected in UK shop prices, it thinks it will have an effect over the coming months.

Even so, the annual inflation rate has clearly not yet topped out, and if anything the Bank of England’s forecast of a peak of 13.2% in October may prove optimistic.

Threadneedle Street digs beneath the headline CPI figure to look at measures of core inflation. Here, too, there was bad news. Inflation excluding food, fuel, alcohol and tobacco, stood at 6.2% in July, up from 5.8% in June. The inflation rate for services, which provides a clue to price pressures generated domestically as opposed to global forces, was 5.7% in July, compared with 5.2% in June.

The strength of headline and underlying inflation makes it more likely that the Bank’s monetary policy committee will follow its 0.5 percentage-point increase in interest rates this month with a similar-sized move when it meets again in September. 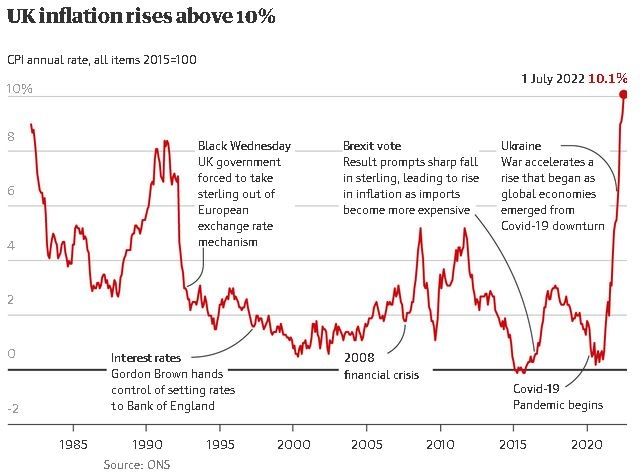 At the same time, the risks of a hard landing for the economy have increased because the ever-widening gap between prices and wages is leading to a sharp fall in consumer spending power.

The ONS reported on Tuesday that regular real wages – excluding bonuses – were falling at a record rate of 3% – but that was based on a different measure of the cost of living to the one used by the government to assess whether its 2% inflation target is being hit.

Using the government’s preferred measure, real earnings are falling by more than 5% – unprecedented in modern times. Pressure on the next prime minister to alleviate a deepening cost of living crisis just ratcheted up a notch.