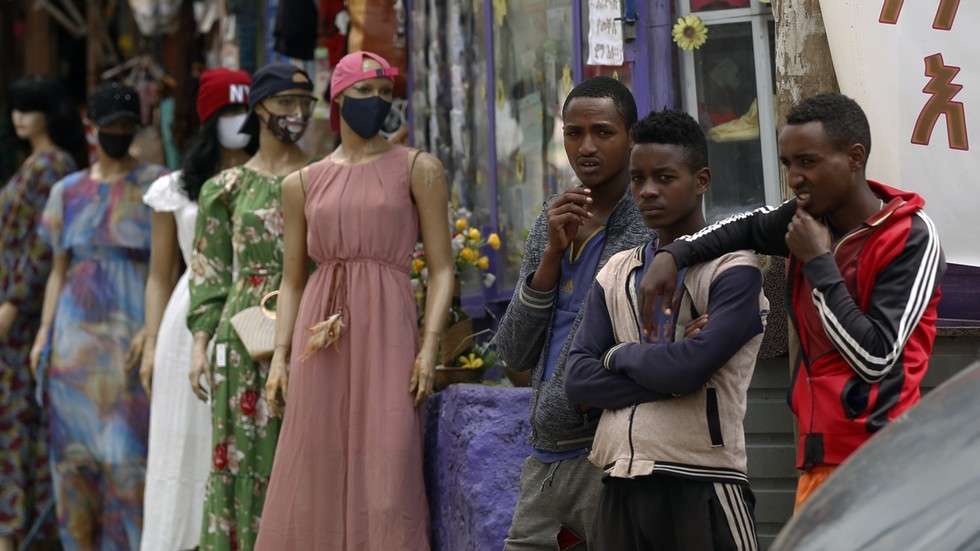 Africa dodged the worst of Covid-19, but the aftermath will be devastating... and the rest of the world doesn’t seem to care

Despite suffering relatively few Covid deaths, Africa is on the verge of disaster due to a perilous economic situation and other health crises. It’s time for the rest of the world to help out and show black lives really do matter.
As the severity of Covid-19 became clear earlier this year, experts warned it would devastate Africa. The world’s poorest continent was supposed to be the virus’s epicentre.

Melinda Gates and husband Bill poured billions into their foundation to finance vaccine trials. On CNN back in April, she said: “My first thought was Africa, how in the world are they going to deal with this? If you live in a slum, you can’t physical distance… you don’t have clean water to wash your hands. Look at Ecuador, they are putting bodies out on the street; you are going to see that in countries in Africa.”

That prediction was way off. At the time of writing, Liberia has suffered 82 deaths from a population of five million, while Senegal has over three times more citizens and just 302 deaths, and the Democratic Republic of Congo has 271 deaths across its 80 million people.

Rwanda, one of the most impoverished countries, has 27 fatalities. South Africa is the only nation to have seen a sizeable death tally (16,206). There’s a variety of factors which have played a part.

However, the more pressing issue is what the future holds for Africa’s health. Since dodging the Covid bullet, there have been grim forecasts.

In the world’s wealthiest nations, governments have bailed out businesses and insulated workers. That has allowed things to function in the midst of economic Armageddon. Across the world, large chains and well-known companies have gone to the wall, and without the shelter provided by central banks, the entire system could have collapsed. But this hasn’t happened in Africa.

Most governments don’t have the wealth to inject into their economies. Compounding that, their incomes have also fallen. Exports like oil, minerals, chemicals and foodstuffs have seen drops in demand or price, hurting the bottom line. Therefore, they can’t spend what they normally would on public services.

Speaking at the UN General Assembly this week, South African President Cyril Ramaphosa, who also chairs the African Union, said: “The resources we have had to redirect to fighting the pandemic has set back our efforts to provide housing, health care, water sanitation and education to our people.”

This chimed with comments made by Germany’s Development Minister Gerd Müller, who said: “On the African continent alone, we expect an additional 400,000 deaths from malaria and HIV victims, as well as half a million more who will die of tuberculosis.”

Sudan and Zimbabwe are particularly hamstrung by US sanctions, preventing them from purchasing some medical supplies. They and other nations also aren’t receiving their normal level of aid, as Covid has torpedoed that. But their international debt interest payments are still due, and now swallowing up a greater share of their budget.

Enforcing lockdown and asking people to remain at home has resulted in a devastating cocktail. David Bell, a malaria specialist who has worked with the WHO, explained: “In developing nations, many people live day to day, so even short disruption can be devastating to lives, while there are already large epidemics of malaria, tuberculosis and HIV that will only get worse if you reduce access and healthcare for a few months.”

Uganda saw 92 maternal mortalities in January, but after lockdown, that rose to 167 in March. “The fear is more people will die from other conditions,” said Agnes Kiragga of the Infectious Diseases Institute. “This has been a learning curve. Governments in Africa must consider not just Covid, but other diseases that are more dangerous in a young population.”

In other parts of the world, employees have benefited from computers and remote connectivity. But 45 percent of sub-Saharan Africans work in sectors severely impacted by lockdown.

Desperate families have lost income and been forced to use savings to buy food or medicines. With their funds gone, they can no longer afford them, which impacts on health, particularly for those with underlying conditions.

Following the model of richer nations has hurt Africa.

It may have been better to adopt a plan more suited to its own characteristics.

Lynda Iroulo, a Nigerian research fellow at the Institute of Global and Area Studies, said: “African nations made the mistake of mimicking Western measures without considering local conditions. In Western nations, lockdowns were more feasible because the infrastructure is there and social welfare is available.”

The UN estimates 9.1 percent of sub-Saharan Africans have fallen into extreme poverty due to Covid.

The continent can’t get out of this hole alone. The developed world has to step up, but it doesn’t seem to want to.

Gerd Müller added: “Europe has decided to support its own economic programs worth around two trillion euros. No additional support is planned for Africa. That will catch up with us.”

For some politicians, it will be a hard sell. Swathes of people reeling from the effects of lockdown will ask why we should give Africans money when we need it more than ever ourselves. But that attitude needs to be discouraged.

Aside from pure humanitarianism, having more disease in the world hurts everyone. How can Africa prosper, improve economically and work alongside the developed world if its people are battling to stay alive?

There’s also the BLM movement to consider. Most world leaders – with the exception of Donald Trump – appear sympathetic, so they need to put their money where their mouths are if they really do think black lives matter.

Our own war with Covid is far from over. But in times of adversity, you find out who you really are.
#Donald Trump  #COVID-19  #vaccine  #Covid  #Melinda Gates
Add Comment