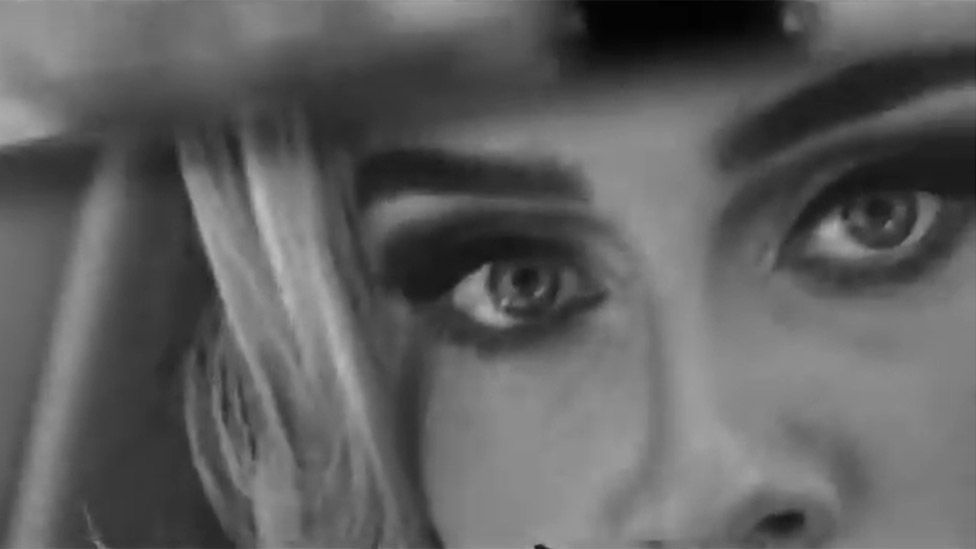 Adele has released a snippet of her first new music for six years, and revealed that the full song will be out next week.

The pop star posted a 21-second black-and-white clip on Twitter, showing her putting a cassette bearing the song's title, Easy On Me, into a car stereo.

That's followed by 13 seconds of the song's instrumental piano introduction.

Her tweet said Easy On Me will be released on Friday, 15 October, with her fourth album expected to follow.

It comes after posters and projections appeared around the world bearing the number 30, which is expected to be the title of the highly anticipated album.

So what does this clip tell us about Adele's new music? For a start, the album's not a drum 'n' bass record, as she (jokingly) suggested in 2019. At least the opening 13 seconds don't suggest it.

The first single is clearly the kind of emotive piano ballad that she does so well, with a melody that instantly sounds like classic Adele. The video cuts out before her vocals kick in.

As for the visuals, she's in a car pulling a trailer with furniture stacked on the back, driving down a deserted American road. Leaving something, or someone, behind.

The album title 30 would connect the album to Adele's previous pattern of naming records after her age during a pivotal year in her life, following 19, 21 and 25.

The singer separated from her now ex-husband Simon Konecki when she was 30 (she is now 33) and has subsequently kept a low public profile. 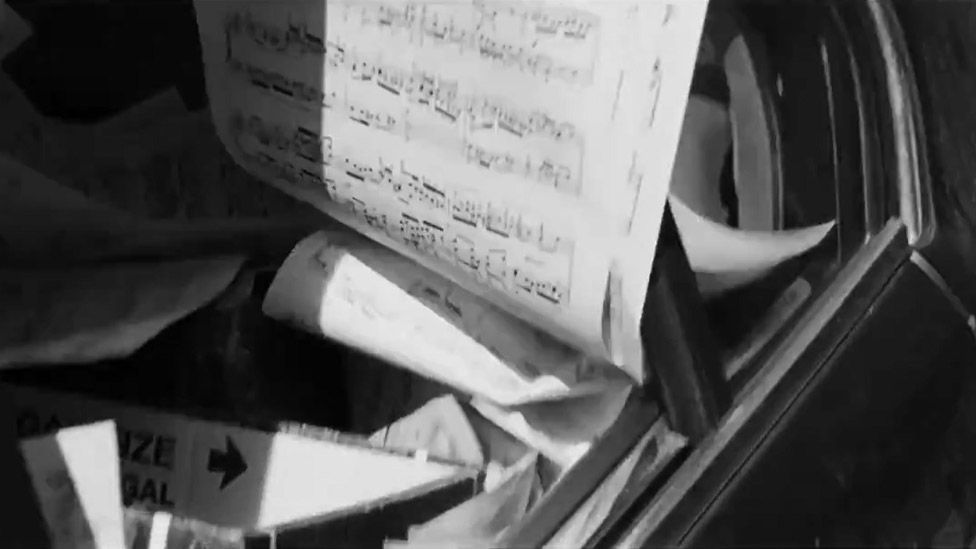 As in the sepia video for Hello, the first single from her last album, there's a distinctly nostalgic vibe. In that, she had a flip phone. In this, she goes even further back in time to put a tape of her new song into the car stereo.

She then glances at us in the rear view mirror before driving off, her arm making a wave motion out of the window, signalling a sense of freedom.

Pages of sheet music fly out of the car window in the breeze and are strewn behind her along the road - possibly works by Bach and Chopin with one that could be another new Adele song, musician James B Partridge told BBC Radio 5 Live.

And what of the song title itself? Easy On Me is missing the more overt plea to "take it" easy on her, but nonetheless there is an implied reference to another person who has taken it easy on her, or she wants to, or she wishes had.

It would seem to fit with the template of her best songs, which couple the melancholic hues of loss, disappointment and passing time with an inner defiance that sees her moving forward despite the heartbreak.