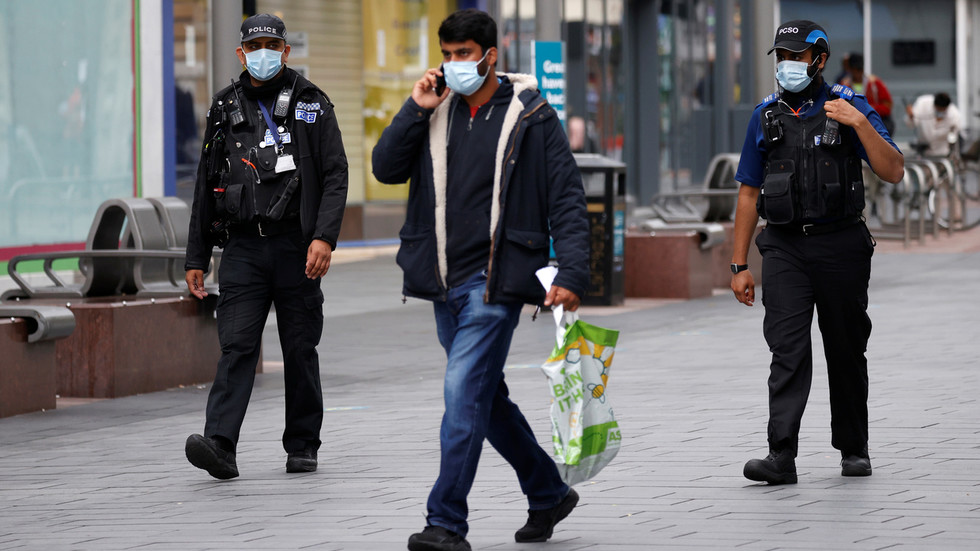 The chair of London’s Met Police Federation has hit out at UK government plans to make the wearing of face masks mandatory in shops, insisting it’s farcical that officers may end up driving round the capital looking for offenders.

During an interview with BBC Radio 4’s Today program on Tuesday, Ken Marsh – who represents police officers in the UK capital – claimed it would be “nigh-on impossible” to enforce the new requirement on face masks, due to come into law in England on July 24. People who do not comply with the new law face being stung with a £100 fine.

Marsh insisted that it shouldn’t be left to police to oversee yet more coronavirus pandemic rules and suggested that shopkeepers must “take some responsibility” for their customers. The chairman of the Metropolitan Police Federation said that by the time officers get to the scene, perpetrators will most likely be long gone as shopkeepers do not have powers to detain.

However, it appears the buck passing has already started, even before face coverings become mandatory. Some retailers have voiced their concerns at the idea shop workers may have to confront shoppers who are not abiding by the new law.

Peter Cowgill – chairman of UK clothing chain JD Sports – believes that it shouldn’t be down to his employees to enforce the law. He told BBC Radio 4 that the government’s “inconsistencies and the indecisiveness” in announcing the policy, as coronavirus cases reduce to low numbers, make the situation trickier, claiming that many people will be put off shopping in stores.

UK Health Secretary Matt Hancock will make a statement later on Tuesday in the House of Commons outlining the new proposals. PM Boris Johnson’s administration has been urging people to wear face coverings in confined spaces such as shops since the beginning of May. They’ve already been compulsory on public transport in England since mid-June.

The move will bring England into line with Scotland, while shoppers in Wales and Northern Ireland are not currently required to wear them. Wales will, however, be bringing in new rules on July 27 that will see people being made to don face coverings on public transport, just as other parts of the UK have enforced.