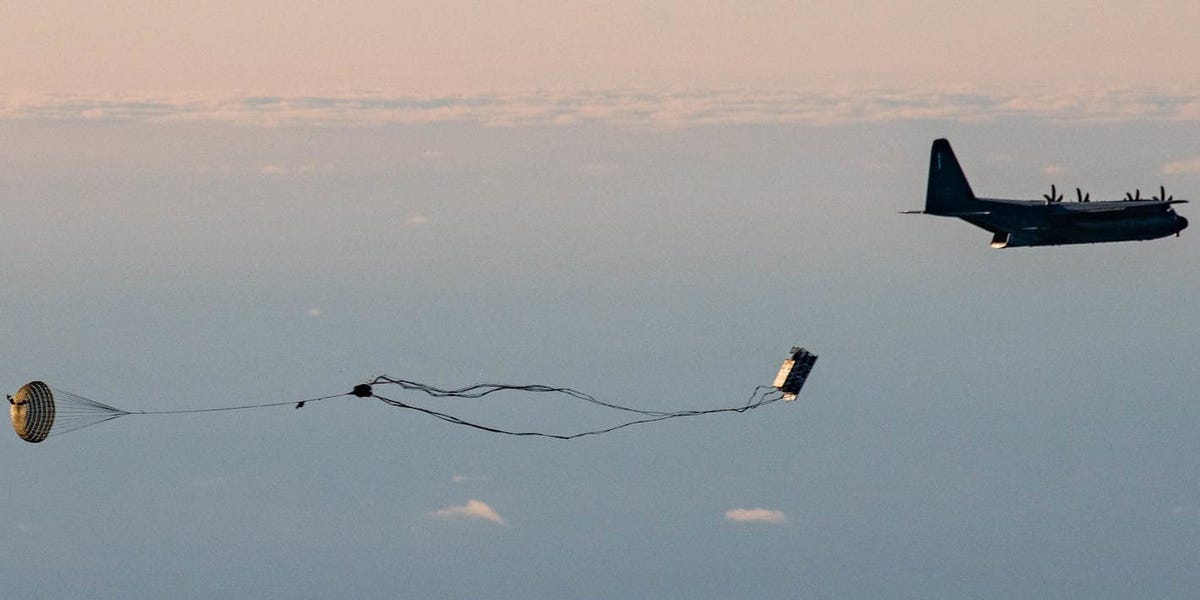 US Air Force special operators and other US and foreign military personnel dropped a cruise missile on a pallet from a cargo plane over Norway in early November in a first-of-its-kind test in Europe.

It was another milestone for the US Air Force's Rapid Dragon program, which aims to equip cargo aircraft for long-range attacks in order to expand the US arsenal of strike aircraft and make it harder for adversaries to target US forces.

The US military is already showing allies how to use their cargo planes in a similar way, but the Air Force is still sorting out the logistics of operating those improvised bombers. 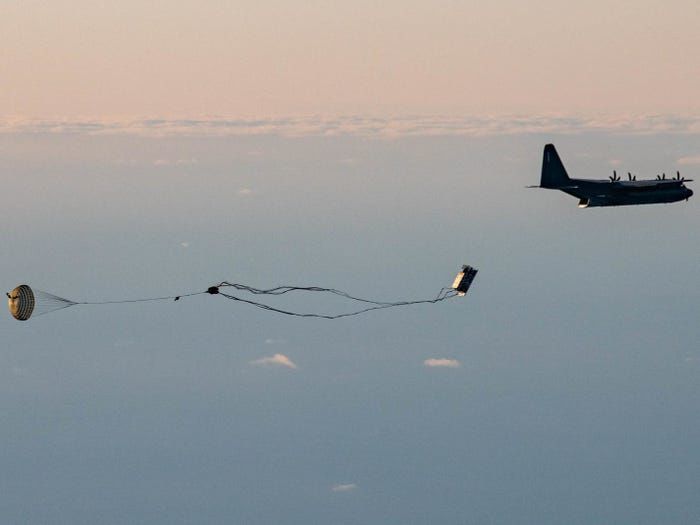 A palletized munition falls from an MC-130J during a live-fire test in Norway on November 9.
The test on November 9 took place inside the Arctic Circle at the Andøya Space Defense Range in northern Norway.

An MC-130J, the special-operations variant of the C-130, from the UK-based 352nd Special Operations Wing deployed the Rapid Dragon Palletized Effects System, which was developed by the Air Force Research Laboratory to launch long-range cruise missiles using standard airdrop procedures.

Pallets carrying Joint Air-to-Surface Standoff Missile-Extended Range cruise missiles, which have a range of about 600 miles, "were sequentially released on a range over the Norwegian Sea," the laboratory said in a press release.

Footage released by the 352nd Wing shows an MC-130J dropping a pallet, its parachutes unfurling, and a missile deploying and flying under its own power before striking the ocean and detonating.

This was the first live-fire Rapid Dragon test since a December 2021 test over the Gulf of Mexico and the first test in the US European Command area on responsibility.

Rapid Dragon has "advanced rapidly from a concept on paper to a live fire using a developmental prototype in 24 months," Dean Evans, the program manager, said in a release.

"Now less than three years from the program's inception, Rapid Dragon is being used by [US Special Operations Command Europe] in the Arctic Circle. This is a testament to the team's focus on rapid fielding," Evans added. 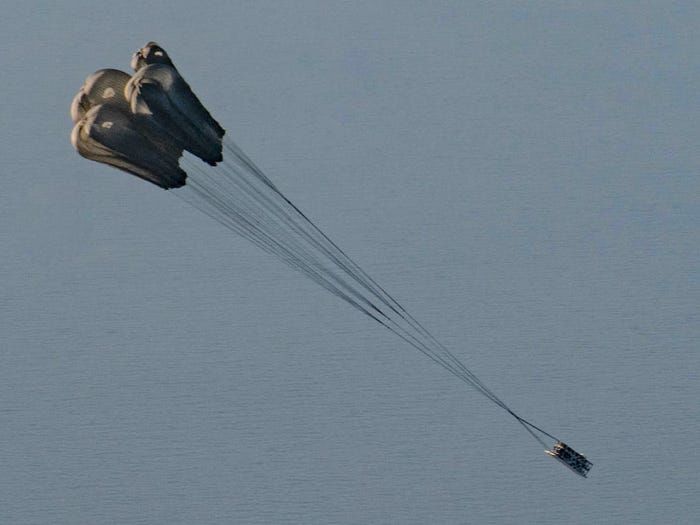 A palletized munition falls from an MC-130J at Andøya Space Defense Range on November 9.

The November 9 exercise was also part of European Command's Atreus operation series, begun in April 2021 with the goal of training with NATO forces on capabilities located in Europe.

A video released by US Special Operations Command Europe shows US and Polish personnel conducting "palletized precision effects cargo training" with a Polish C-130 on November 8.

'Provocative without being escalatory' 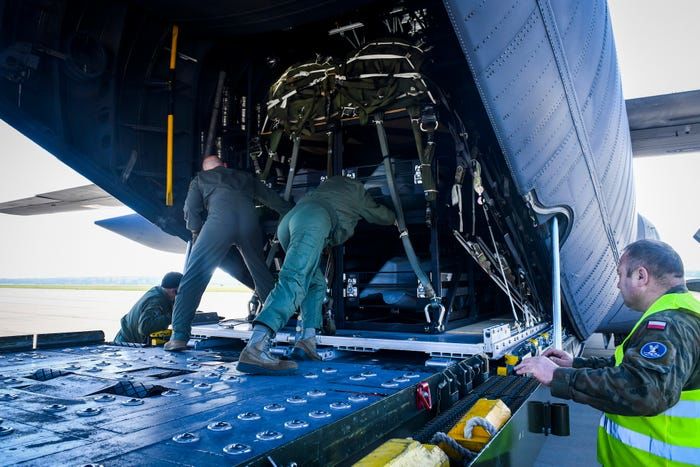 US and Polish personnel load palletized munitions on a C-130 in Powidz on November 8.

Rapid Dragon is meant to expand the fleet of aircraft that can deploy long-range weapons by incorporating cargo planes, like the C-17 and C-130, that can operate from more bases than traditional bomber aircraft.

Bolstering that fleet with aircraft that can operate from more bases is meant to frustrate adversaries that might target those aircraft and bases in a conflict — in line with other Air Force efforts to disperse its operations, especially in the Pacific.

"An MC-130J is the perfect aircraft for this capability because we can land and operate from a 3,000-foot highways and austere landing zones whereas a bomber cannot," Lt. Col. Valerie Knight, 352nd Wing mission commander, said in a release.

A crew qualified to drop heavy equipment could also deploy the Rapid Dragon pallet, Knight said, echoing officials who say the capability could be adopted by other militaries. 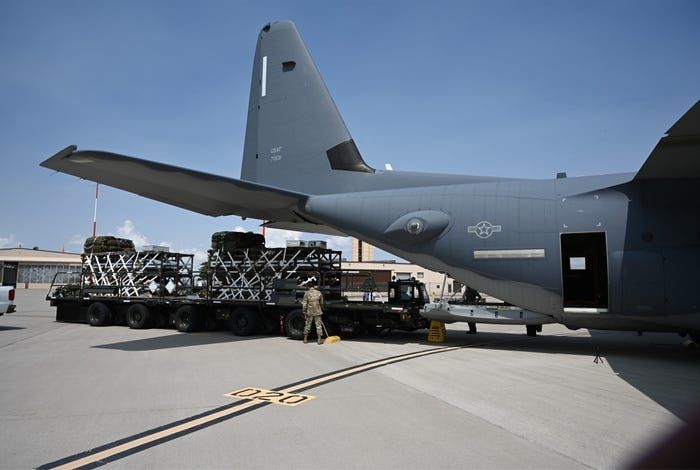 US Air Force personnel load a Rapid Dragon deployment system on an MC-130J before a test in November 2021.

"The beauty of that capability is it doesn't require any aircraft modifications. It doesn't require any special aircrew training. It really just takes advantage of the characteristics of that platform," Lt. Gen. Jim Slife, head of US Air Force Special Operations Command, told reporters at the Air and Space Forces Association conference in September.

"We've got a lot of allies and partners that have cargo airplanes. They don't necessarily have deep-magazine heavy bombers," Slife added, "but if we can give them similar kinds of capability to use with the cargo platforms we have, then we're helping our partners become more capable."

Slife said a C-130 can carry as many long-range precision munitions as a B-52, and a C-17 can carry three times as many. The desire for more long-range-strike options is driven in large part by the emergence of adversaries with their own long-range arsenals — chiefly China, but also Russia.

From the Andøya range, major Russian bases on the Kola Peninsula would be within range of the JASSM-ER, but the test "is not signaling to Russia or any adversary," US Army Capt. Margaret Collins told The Barents Observer before it was conducted. 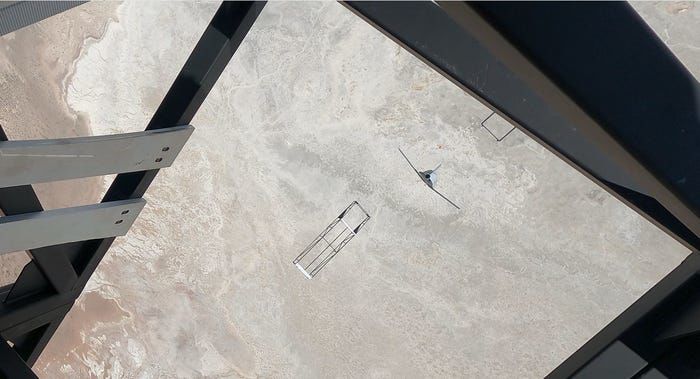 A simulated cruise missile deploys its wings and tail after separating from the palletized munition container during a November 2021 test.

However, the US was "trying to deter Russian aggression" by demonstrating enhanced capabilities with allies, Lt. Col. Lawrence Melnicoff told Stars and Stripes ahead of the November 9 test.

"It puts this thing within range of Russia. We are intentionally trying to be provocative without being escalatory," said Melnicoff, Special Operations Command Europe's lead officer for Operation Atreus.

Expanding the number of planes and bases involved in long-range strikes brings logistical challenges, especially in the Pacific, where the distances are vast and facilities the Air Force wants to start using are often rudimentary.

Slife said the logistical issues reflect something "we're paying a lot of attention to right now, which is this idea that we're going to operate in very distributed, austere kind of environments and so forth. Even austere environments need some kind of logistics infrastructure, right?"

"Part of what we're working through on the palletized munitions thing is weapons storage and how do we actually think our way through where do we think we're going to keep these weapons, how are they going to be configured, do we really want them out in the middle of a field somewhere next to a straight stretch of road?" Slife added. "We're kind of working our way through the logistics implications of these kind of concepts for how we operate."