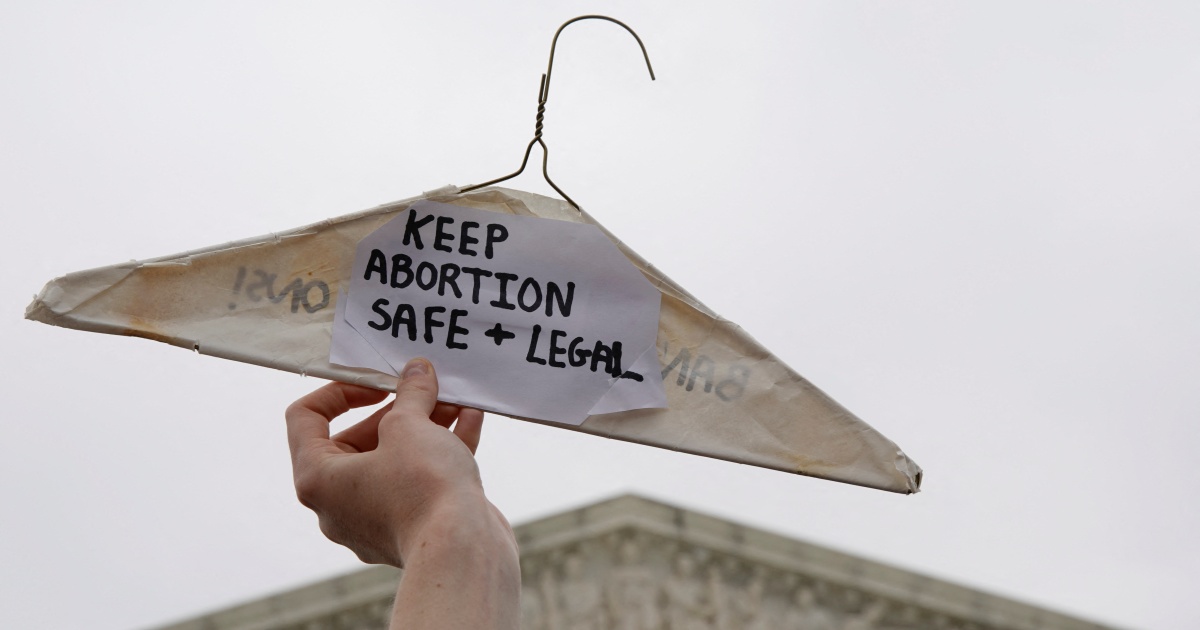 A look at some of the world’s toughest abortion laws

New limits on abortion rights are being pursued in the US and other countries.

Amnesty International has “fervently” called on United States authorities to protect the right of abortion as the country’s top court appears set to vote to overturn the Roe v Wade decision that legalised abortion nationwide, according to a leaked initial draft majority opinion published by Politico on Monday.

“While moves to decriminalise and legalise abortion in places like Argentina, Ireland, Mexico and Colombia in the last few years have been a huge win for the global community, there are grim signs that the United States is out of step with the progress that the rest of the world is making in protecting sexual and reproductive rights,” Amnesty’s Secretary General Agnes Callamard said on Tuesday.

“We fervently call on the US authorities to protect the right to legal and safe abortion. Anything less would be a gross failure to uphold human rights, including the rights to life, health, bodily autonomy, privacy and dignity” Callamard added.

As new limits on abortion rights are pursued in the US and other countries, here is a look at global abortion statistics and some of the world’s strictest abortion laws:

*  There are 16 countries where abortion is prohibited altogether, a list that includes Egypt, Iraq, the Philippines, Laos, Senegal, Nicaragua, El Salvador, Honduras, Haiti and the Dominican Republic, according to the Center for Reproductive Rights.

*  About three dozen other countries allow it only to save the life of the mother, a list that includes Nigeria, Brazil, Mexico, Venezuela, Iran, Afghanistan and Myanmar. Around 40 percent of women of reproductive age live in places where abortion access is illegal or limited.

*  In January 2021, Poland put into effect a constitutional court decision prohibiting abortions performed due to fetal defects, banning the most common of the few legal grounds for terminating a pregnancy in the largely Catholic country.

*  El Salvador has some of the world’s strictest abortion laws, with the procedure banned without exception since 1998. More than 180 women who experienced obstetric emergencies were prosecuted for abortion or aggravated homicide in the past 20 years.

*  Women in Malta are denied access to abortion, even if their lives are at risk. It is the only European Union member state that completely prohibits the procedure. Women who have abortions face up to three years in jail.

*  Senegal prohibits abortion, but its code of medical ethics allows it if three doctors agree it is needed to save a woman’s life. A 2014 study showed the rules force women to seek clandestine abortions and, as a last resort, kill their own infants.

*  In the United Arab Emirates, abortion is illegal except if the pregnancy endangers the woman’s life or there is evidence the baby will not survive. Women could face up to one year in prison and a hefty fine. Women who seek hospital treatment for a miscarriage may be accused of attempted abortion.

*  Anti-abortion laws in the Philippines derive from its time as a Spanish colony. Abortion has been prohibited for more than a century. About 1,000 Filipino women die each year from complications. Spain is among more than 50 countries that have liberalised abortion laws over the past quarter century.

*  Chile in 2017 ended almost 30 years of a blanket ban and now allows interventions for rape, or if the life of the mother or baby is at risk. Chilean lawmakers approved a proposal last September to decriminalise abortions up to 14 weeks after conception though the senate still has to debate and vote on the matter.

*  In Ireland, abortion became legal in 2018 after much debate and following a referendum that overturned a constitutional ban. The following year saw liberalisation in Northern Ireland, which had been the sole part of the United Kingdom still holding out. The UK had legalised abortion with a 1967 act of parliament.