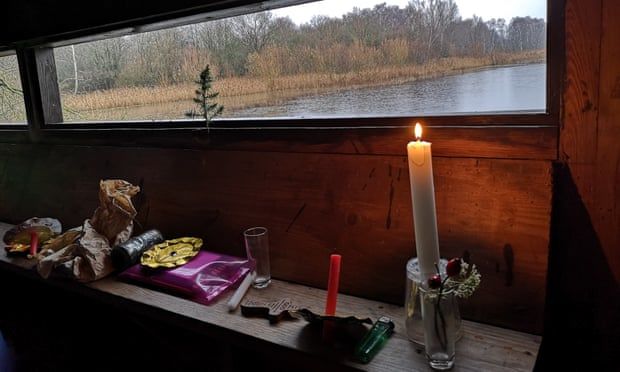 ‘A church without walls’: Anglicanism divided on shift away from tradition

One Sunday afternoon in September, a small group will gather at the Whisby nature reserve near Lincoln to explore its trails and marvel at the wildlife. Before they set off on a two-hour hike, they may fortify themselves with a hot drink and a slice of cake from the cafe; they might apply sunscreen or don waterproofs. One thing they are certain to do is join together in prayer.

This is Lincoln Forest Church, part of a growing network of Christian communities that meet outdoors to worship and engage with the natural world. “We are a church without walls,” said Melanie Carroll, who started the group five years ago.

Worship is no longer confined to traditional buildings led by vicars in dog collars. The Church of England plans to set up 10,000 new Christian communities over the next 10 years, many led by lay people and based in village halls, cafes, warehouses, empty shops and other unconventional venues. 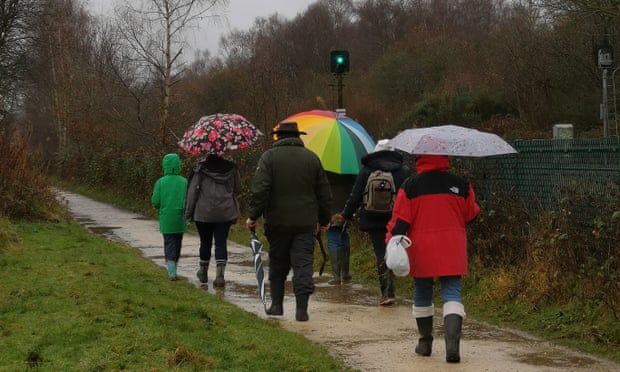 Lincoln Forest Church, part of a growing network of Christian communities that meet outdoors to worship God and engage with the natural world.

But not without a battle. Many in the C of E are alarmed at the idea of a shift away from the centrality of the traditional parish church, and they are rallying support for a resistance movement drawn from the nation’s pews.

Save the Parish, a campaign launched this summer to preserve “the system that has defined Christianity for 1,000 years”, is calling on supporters to stand in elections this autumn to the General Synod, the C of E’s parliament, explicitly to oppose the vision set out by the church’s top brass.

George Carey, the former archbishop of Canterbury, has backed the campaign, saying “the current trajectory of our church is a huge mistake and the leadership is out of touch with ordinary churchgoers”. Save the Parish has a sympathetic platform in the Spectator and the Daily Telegraph, to the chagrin of the current archbishops of Canterbury and York, who have publicly criticised “rascally voices”.

The C of E’s declining and ageing congregations have prompted debate about its future for some time, but the Covid pandemic has accelerated the leadership’s push for a new strategy. A sharp fall in parish and diocese income, combined with the surprising success of online worship, during lockdown has led some to question the need for money-draining old buildings and professional, salaried clergy.

The Rev Canon John McGinley, of the evangelical New Wine network, triggered a storm last month when he said that “lay-led churches release the church from key limiting factors” – defined as “a building and a stipend and long, costly college-based training for every leader of the church”.

McGinley’s comments coincided with a “vision and strategy” document, presented by Stephen Cottrell, the archbishop of York, to the C of E synod last month. It aspires to a younger and more diverse church, and a “mixed ecology” that embraces traditional parishes and “fresh expressions” communities aimed at those unlikely to be attracted to conventional services.

According to Father Marcus Walker, the rector of St Bartholomew the Great in central London and a key figure in the Save the Parish campaign, this is the latest iteration of a top-down drive to divert resources from traditional parish churches to “a style of church set up in a cinema or barn or converted Chinese takeaway”.

He was referring to a new church aimed at young people that has just opened in the former Red & Hot Chinese buffet in Rochdale. The building, bought by the diocese of Manchester and two minutes’ walk from St Chad’s parish church, is more flexible than a traditional church building, said minister Janie Cronin, who came to Rochdale from the C of E’s evangelical flagship church, Holy Trinity Brompton.

“We can have bands come to play, serve food to loads of people, offer crafts and activities to families with young children. We’re not in competition with churches nearby, we’re trying to attract different people. We’re already seeing little green shoots,” she said.

The Rochdale church is well resourced – “the C of E has put a lot of money in,” said Cronin – and is currently advertising for a full-time youth worker to join its team. That is in stark contrast, say Save the Parish supporters, to the draining away of funds available to traditional parish churches.

Last year, the diocese of Chelmsford announced it would cut 60 paid clergy posts by the end of this year, with dozens more potentially at risk. In Nuneaton, St Mary’s and St John’s closed earlier this year because of lack of funds to pay a vicar – one of about two dozen churches that shut their doors each year.

The C of E was “leaving [traditional] churches to rot while it plants new cafe churches in their place,” said Sam Margrave, a former community development worker at St Mary’s and St John’s and a lay member of the General Synod. “We need an end to the waste on managers, national spending on expenses or highly paid staff, and recommit to parish churches.”

Dave Male, the C of E’s director of evangelism and discipleship, rejected the claim that parish churches were being run down. The aim was “to revitalise the parish, to make the Church of England healthy and growing and a church for the future,” he said.

“We’re also trying to think about the 90% of the population that aren’t coming to church [fewer than 2% regularly attend C of E churches]. We know not everything we try will work. But if we want to grow, we need to reach out to where people are, and find effective ways of connecting with them.”