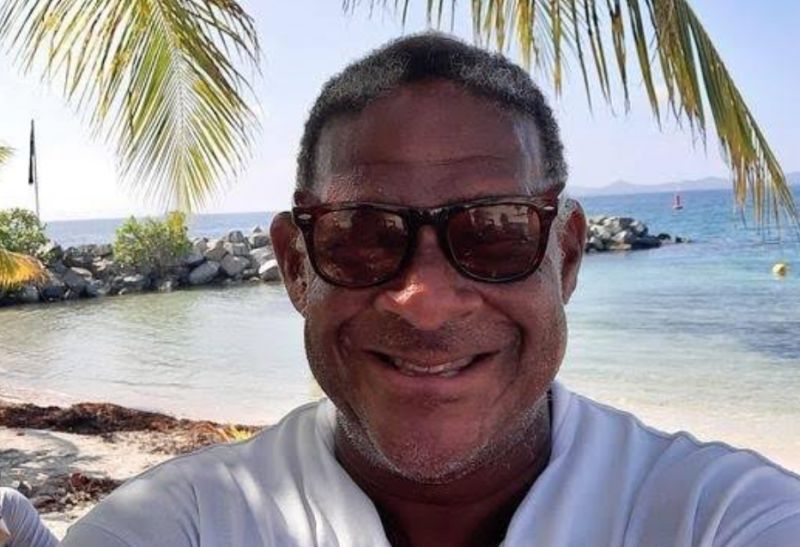 A Christmas Sermon: December comes but once a year

As we approach the end of 2021, the British Virgin Islands can reflect over a difficult few years, beginning with the flooding in 2017, and then Hurricanes Irma and Maria, through to the COVID Pandemic, to today’s Commission of Inquiry into Virgin Islands Governance. The most recent years have been tumultuous for this micro-society.
Notwithstanding, it is that time of year. The time to stop, stand still, and take stock.

December is certainly my favorite month of the year. The month of December has a pleasant feel, taste and smell. The aroma and feel of Christmas is something we cannot measure mathematically, nor comprehend with science, but it is real nonetheless. The world appears nicer, friendlier, and more harmonious in December. It is a perfect time for reconciliation, forgiveness, and healing.

The year is ending. We wrap things up in December. We reflect upon the past 12 months.

The earth is completing its 365 days’ annual odyssey around the sun; an odyssey that has gone on for billions of years, according to science. And, in spite of 7000 years of oral and written history, humanity remains a newcomer to a cosmos that is allegedly 14 billion years old, and a vastness that is unmeasurable, with over 125 billion galaxies, our galaxy alone contains over 100 billion planets.

OK. In December, there is the scent of pine fir. In the hot tropics, the evenings start to cool, including the warm sea waters that wash the islands.

And all around the planet, notwithstanding the geography and various cultures, there are well stocked stores, decorated streets, increasing goodwill between frequently quarrelsome neighbors. There is love in the air.

There are thousands of Christmas Concerts around the world; movies with Christmas themes spin out of Hollywood; a nightingale sings in Berkley Square. Christmas trees in public spaces add a touch of enchantment to the season, there is even a cheery glow from the usually grim and ice cold Kremlin.

In prisons, inmates too have new hope, and the sick in hospitals await that precious family visit with expectancy.

Yes. For thousands of years past, December has been a special time of year.

Before Roman Rule, in the forests of Northern Europe, there were celebrations by Barbarians: Franks, Angles, Saxons, Vikings, Norse, Germanic. For the Norse, December was a time of new beginnings, new joy, expectation.

In the freezing forests of Scandinavia there was the celebration of Yule Starting December 1, when there was one long feast. In not too far away Germany, Barbarians offered homage and sacrifices to their gods. The god Ogden was especially worshipped in December.

The Barbarian celebrations in December have been succeeded by today’s consumer-oriented celebrations of Christmas.

In the cold north it is the time for snowmen, cold frosty evening, with lovers kissing under a mistletoe. Christmas is Office Parties, white Christmases, and families sitting down in ‘unnatural harmony’ to turkey, ham, roast beef, Christmas puddings, custard pies. Menus at restaurants, and products in stores, adapt for the Holiday Season.

The delightful aroma of chestnuts roasting on an open fire on Oxford Street fills the air, as warmly clothed families await with delight a great tasting nut, even as shoppers’ swarm into John Lewis, Primark, and Virgin Music close-by.

In northern Europe, it is Christmas fairs, circuses, and packed squares.

Millions fill the streets of Paris, Berlin, Edinburgh, Brussels, and Amsterdam: urban dwellers, tourists, and visitors from the nearby countryside.

A fine snowfall blends in with blinking Christmas lights. Delightful aromas from market stalls selling every type of delicacy and edible delight, add to the wonders of December evenings.

There is more wonder, as children await the Christmas presents and various delights under the ubiquitous Christmas tree, and sunk into the Christmas stocking.

Rudolph the Red Nose Reindeer, and Santa on his magic sleigh, fly above the northern skies with anxious kiddies waiting his visit at midnight: who has been naughty; who has been nice; and who has been both naughty and nice?

For retail businesses especially, December and Christmas is the most critical season. It is the time the Marks and Spencer’s, Wall-Marts, and Macys’ earn their greatest revenues. It is a hugely profitable time for retailers. The greater percentage of revenues are earned in December for the One Marts, Bobby’s, Rite-ways, Bolo’s, Quomar’s, Vanterpool’s, Clarence Thomas’, Drakes and much more.

Christmas is clearly a time for celebration. The frigid cold of the Christmas season is ending. In spite the cynicism of the internet age, people everywhere possess an innate optimism. New Year’s resolutions are made and stated; Spring is in the air, Andy Williams sings: ‘’ it’s the most wonderful time of the year, with the kids jingle belling, and everyone telling you to be in good cheer.’’

December is the most wonderful time of the year.
#Commission of Inquiry  #Covid
Add Comment