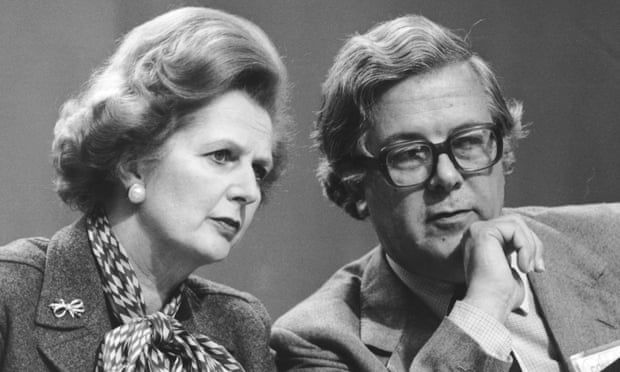 Windfall taxes are often cited by Conservative MPs as “unTory” and the preserve of the political left desperate to recoup cash from “fat cats” making excessive profits.

Yet windfall taxes have been introduced by Tory governments on at least three occasions over the last 40 years. If anything, Rishi Sunak’s surcharge on the profits of energy companies has a strong pedigree among leaders who defer to the free market, including Margaret Thatcher and the former chancellor George Osborne. Here is a brief history of Britain’s windfall taxes:

In 1981 Thatcher’s then chancellor, Geoffrey Howe, accused high street banks of escaping the recession. He introduced a special budget levy that creamed off 2.5% of the banks’ non-interest-bearing current account deposits to generate about £400m in extra revenue – equivalent to around a fifth of their profits in those 12 months.

The following year, Treasury officials came to the same conclusion when oil prices soared, and imposed a special tax, raising £2.4bn. North Sea oil firms argued at the time that extra taxes would limit investment, but the industry flourished.

Gordon Brown as chancellor vowed to stick by Tory tax commitments, forcing him to adopt a windfall tax to generate extra revenue. He took aim at utilities that were privatised under the Tories at giveaway prices. They were widely considered to be making excessive profits from their monopolies of sectors previously under state control.

Around £5bn was paid by firms including BAA, British Gas, British Telecom and Powergen.

As the Institute for Government explained: “The tax owed was calculated as 23% of the difference between ‘company value’, calculated by reference to profits over a period of up to four years after privatisation, and the value placed on the company at the time of flotation.” The thinktank said the tax raised £5.2bn, equivalent to around £13bn in today’s terms.

The windfall tax that never happened

In the aftermath of the 2008 global financial crash, oil prices soared. A YouGov poll commissioned by the centre-left pressure group Compass and the Observer showed that 67% of Britons “strongly agreed” or “agreed” that a one-off tax should be levied on oil and gas companies. Gas prices had doubled since 2000, and electricity prices were up by nearly two-thirds. Energy companies’ profits had climbed nearly sixfold in three years.

A large group of Labour MPs backed the poll, but Brown, now prime minister, rejected the idea, arguing that a tax on profits could damage economic competitiveness at a fragile time with a recession looming, while costs might be passed on to consumers.

In 2011 Osborne increased the surcharge on North Sea oil and gas producers from 20% to 32% above the normal rate of corporation tax, arguing that “when oil prices are high … UK oil and gas production is more profitable … so it is fair that companies should contribute more”.

It’s a bit of a cheat to include Osborne in the list because his botched scheme wasn’t designed as a one-off windfall tax, but a multi-year increase that would last as long as prices remained high. Instead the 12 percentage points increase, which raised £2bn in its first year, was supposed to underwrite a 1p reduction in the duty on petrol and diesel and scrap a further 5p increase due under plans agreed by the previous Labour government.

It became a windfall tax after the oil and gas industry responded by cutting investment, spooking the Treasury and forcing a U-turn. A year later Osborne, who had promised the industry a stable tax regime and failed to give any advanced warning, offered to shield £500m of investment from tax. Later, and as the oil price plummeted, he cut the headline rate of tax back to previous levels.