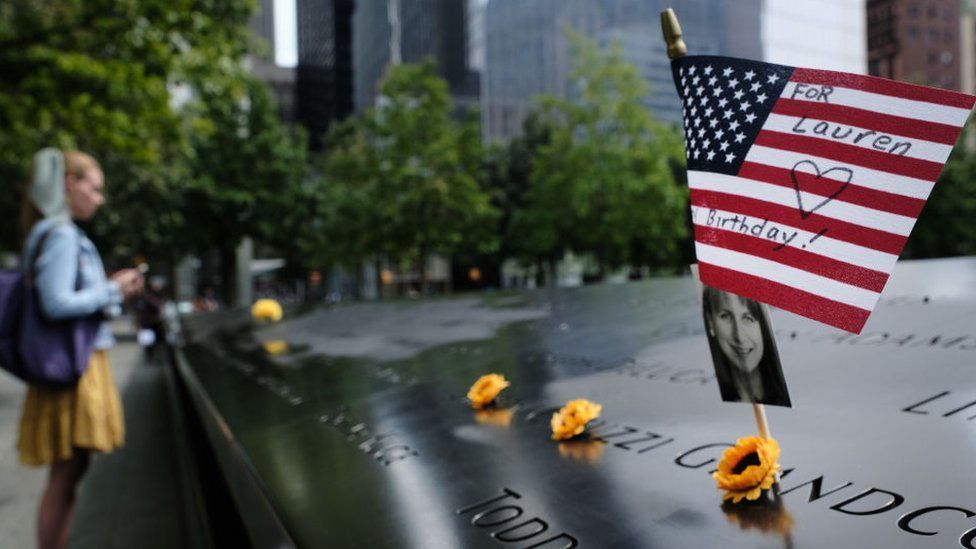 The terrorists behind the 11 September attacks in the United States failed "to shake our belief in freedom and democracy", Boris Johnson has said.

In a message to mark the 20th anniversary, the PM said that while the terror threat remained, people refused "to live in permanent fear".

"That we are coming together today - in sorrow but also in faith and resolve - demonstrates the failure of terrorism."

A total of 2,977 people died in the terror attacks, including 67 Britons.

Events are being held around the world to remember those who lost their lives.

The attacks, which were planned by al-Qaeda from Afghanistan, saw four US passenger jets seized by suicide attackers - two of which were flown into the Twin Towers of the World Trade Center in New York.

As part of the day's events to mark the anniversary, a private service of remembrance organised by the September 11 UK Families Support Group will be held in Grosvenor Square in central London.

After sunset, 67 candles will be lit in the garden to remember each of the British victims.

In the prime minister's address, which will be played at a memorial event at the Olympic Park in east London on Saturday, he said recent events in Afghanistan had only strengthened people's belief in freedom and democracy.

"Twenty years ago, September 11 2001 became, in President Roosevelt's words after Pearl Harbor, a 'date which will live in infamy'," he said.

"On a crystal clear morning, terrorists attacked the United States with the simple goal of killing or maiming as many human beings as possible, and by inflicting such bloodshed in the world's greatest democracy, they tried to destroy the faith of free peoples everywhere in the open societies which terrorists despise and which we cherish."

He said that "precisely because of the openness and tolerance of the United States" almost every nationality and religion were among those murdered that day.

"But while the terrorists imposed their burden of grief and suffering, and while the threat persists today, we can now say with the perspective of 20 years that they failed to shake our belief in freedom and democracy; they failed to drive our nations apart, or cause us to abandon our values, or to live in permanent fear."

A split-second decision saved my life 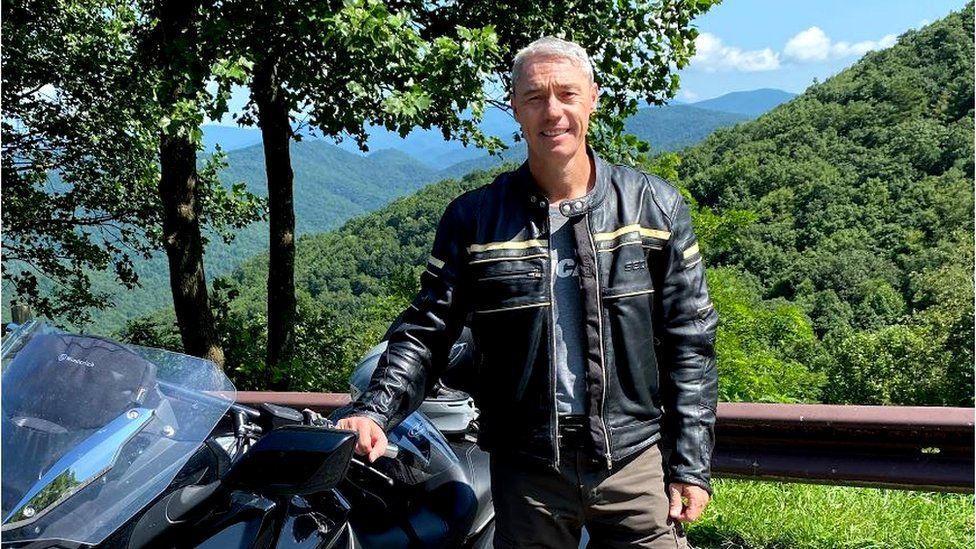 On 11 September, 2001, Andrew Cullen - originally from Motherwell in North Lanarkshire - arrived at work on the 89th floor of the South Tower. Soon afterwards, he heard an explosion in the North Tower.

"Myself and three colleagues made the decision to get out of the building, so we headed towards the stairwell and began descending from the 89th floor down to the Sky Lobby at the 44th floor," he said.

"It was at that point that the port authority instructed us to go back to our offices, so they sort of shuffled us into one of the freight elevators.

"At that point the button for 78 was lit but we decided we wanted to go down, so I was the one who pounded the lobby button just a few moments before the second plane hit the tower above us."

Labour leader Sir Keir Starmer said the anniversary was about remembering and honouring those who were killed and showing "support to our American friends as they mark this difficult time in their history".

He said the tragedy was "still so raw", with the consequences of the attacks "still being felt to this day".

"But as we mark this anniversary I'm convinced our resolve has never been stronger," he said. "We will continue to fight terror and violence, by promoting our values of justice and peace."

The Archbishop of Canterbury said 20 years on it was still hard to articulate the sense of "shock and horror" felt around the world after the attacks - including "the devastating loss experienced by so many people, and the fear and uncertainty that terrible day brought".

Justin Welby added: "9/11 was a sharp reminder to us of the fragility of the privilege many of us have of living free of the threat of violence, while many in our world continue to wake to war or the fear of war."

He urged his followers to follow the example of the first responders to the Twin Towers and be willing "to make sacrifices for the wellbeing of others".