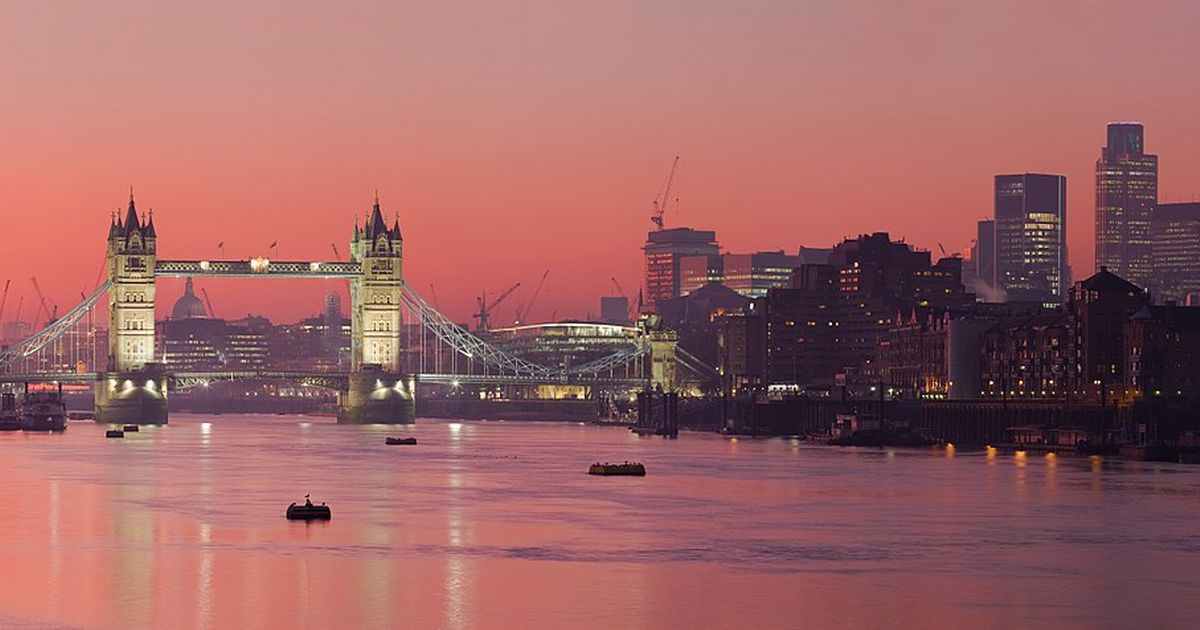 Whether we’re expressing our affection, making a snarky comment, or straight-up disparaging something, we’ll take any opportunity to substitute the name of a familiar place, person or thing with an obscure reference.

Even better if the nickname is appropriately cryptic that its proper meaning is lost to the annals of history.

London might not have a nickname that meets the fame of the “Big Apple” or the “City of Light”, but the capital hasn’t totally escaped our penchant for nicknaming.

Here’s all of the nicknames for London and their true meanings.

For all its merits, London has long had a problem with air pollution. As industrialisation expanded in the nineteenth and twentieth centuries, Londoners began using coal to heat their homes, producing clouds of black smoke across the city.

This mixed with fog to form layers of impenetrable ‘smog’ that trapped pollutants and even small quantities of poisonous gases. London became known for these thick layers of smog, which were often termed “pea soupers” for their greenish or yellowish tinge.

As the smog became commonplace, the capital earned the moniker of The Smoke to reflect its polluted air. This came to a peak in 1952 during the ‘Great Smog’ that lasted for five days, killed 4,000 people and impacted the respiratory conditions of 100,000 others.

As nicknames go, The Smoke isn’t hugely affectionate. But was definitely accurate.

It’s a sad fact that not everyone likes London. For some, the capital is seen as a burdensome sprawl than a glittering metropolis. That’s certainly what the radical journalist and politician William Cobbett thought when he described London as “The Great Wen” in the 1920s. A wen was a cyst, and Cobbett wanted to pose the expanding capital as a harmful growth on the surface of England.

Although derogatory, he wasn’t far wrong. As London grew in size to accommodate workers moving from the countryside in search of employment, the city could only provide them with squalor, crumbling lodgings and filthy streets.

Hyperbolic, yes, but maybe “The Great Wen” contained a grain of truth.

We all know the Swinging Sixties – when a youth counterculture movement swept the UK to spread creative expression, free love, and great music across the country. Central to this was London, or “Swinging London” as it became known during its transformation from bleak, post-war capital to hip, epicentre of style in the 1960s.

A post-war economic boom, the end of the national service, and large population of young people in the city allowed the capital’s youth to enjoy greater freedom than generations before them.

Their experiments with art, music and fashion helped garner London a reputation for chic culture, with Time Magazine labelling the city “Swinging London” way back in 1966.

Cropping up in literature, songs, poetry and ballads, London Town may be closer to a pet name than a usual nickname.

Usually said to show affection for the capital while emphasising its urban geography, the term is sometimes used synonymously with the central, old town, area of London but also used to romanticise the city’s innate Britishness.

The term comes up everywhere from 1940s popular music, in “A Nightingale Sang in Berkeley Square”, to Paul McCartney’s solo discography.

It’s not often economists will make silly jokes about their own country’s dismal economic outlook, but after the 2008 financial crash, maybe everyone was desperate to lift the mood. As the crisis took hold, many commentators began to see parallels between Iceland’s economic instability and Britain’s future.

Both countries were home to troubled financial industries that underpinned their economies and had seen rapid grown in the previous years.

As Iceland’s banking system collapsed, creating a recession and mass unemployment, Reykjavik was seen as an ominous warning for London. The nickname didn’t stick around after the crash and was only used in small circles, but it demonstrates the more tongue-in-cheek side of nicknaming.

This is cheating, a bit. The Square Mile isn’t a nickname for the whole of London, but the City of London – that peculiar county sitting bang in the middle of London with its own local government. The term most often refers to the UK’s trading and financial services industry, which has historically been based in the City of London.

No point for guessing the meaning behind this one. The City of London is approximately one square mile in area, producing this geographical moniker.

The great thing about nicknames is that they change. Always replaced by some newer, trendier term, you can never be certain what weird sobriquet is around the corner. In the case of London’s latest nickname, it might be bold, minimalist, and statement-making – something simple, like “LDN”.

It already appears on coffee mugs, tourist t-shirts, and was previously used by the BBC for their London broadcasting body (BBC LDN).

While it hasn’t quite taken off in popular lingo, give it a few years and we’ll see how far it’s spread across our national dialect. The term is aping the initialisations of cities in the United States – like NYC or LA – but might be a little too American for Londoners to take on.