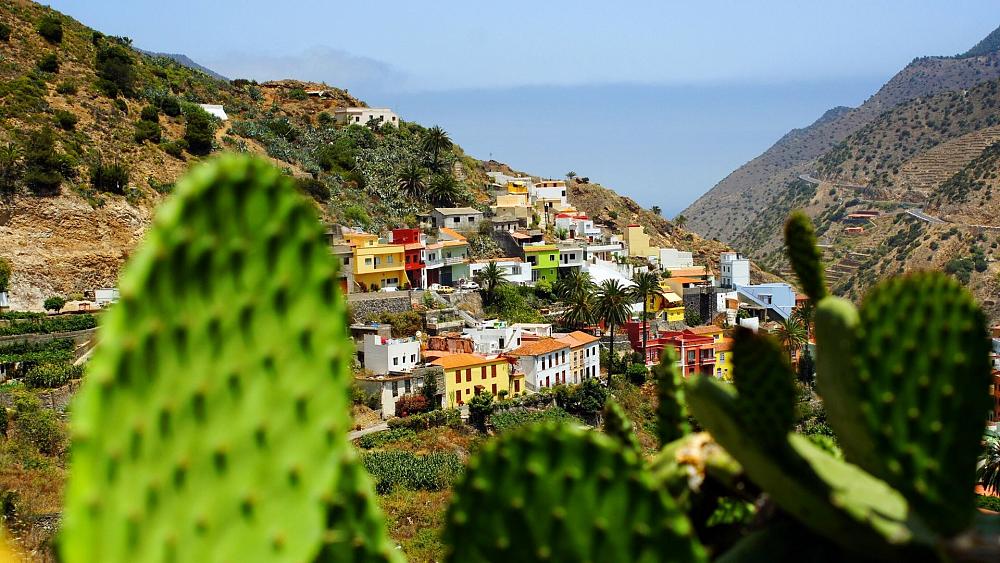 These 6 spots package up that Spanish culture we all know and love, with an added slice of tranquility.

As the vaccine rollout allows international travel to awake from its slumber, it’s natural for travellers to seek quieter, crowd-free alternatives to some of Europe’s most popular destinations.

Spain in particular is blessed with hidden gems to visit all across its mainland and islands.

And these six spots package up that Spanish culture we all know and love, with an added slice of serenity. ¡Disfrútenlo!


Formentera is a far cry from its unruly neighbour. Devoid of super clubs, superstar DJs and super expensive beers, this is the island where you let it all hang out – quite literally.

Clothes have been optional on its long stretches of pine tree-backed sandy beaches since the 1960s, and all debauchery is left behind in favour of serenity; think of it as Ibiza’s hippy cousin.

Worn-out revellers can hop on a thirty minute ferry crossing to access the island where a whole new world of peacefulness awaits. Splendid isolation indeed.


Madrid is grandiose in size, teeming with people and can be a little overwhelming to navigate. That’s not to say it is to be avoided – it is one of Europe’s most magnificent capital cities and a significant cultural destination after all – but we think its cool neighbour Toledo is worthy of a trip of its own.

In Toledo, the entire city is a UNESCO World Heritage site and is packed with cultural sights like the fortress, Alcázar of Toledo. First constructed during the Roman times, it is the first example of a square fortress and now houses an intriguing military museum.

Visitors should also pencil time in for the bright courtyard of Santa Cruz Museum, a former convent turned exhibition hall, and the unexpectedly large Santa Iglesia Catedral Primada de Toledo (Toledo Cathedral) which is one of Spain’s finest examples of Gothic architecture.


Seville may not hug the coast like Barcelona does, but it’s definitely a noble alternative for the city break aficionado. From its steamy, famous Flamenco dance to the vivid orange trees that line its streets, Seville is an underplayed cultural hub that offers just about everything for history and food lovers.

Plaza de España is undoubtedly Seville’s highlight: like Barcelona’s Parc Guell, its exemplary Spanish architecture styles and pops of colour draw tourists in their swathes…just not as many, of course.

In lieu of beaches, Seville’s Guadalquivir river snakes through the heart of the city and offers opportunities to get on the water – we’d recommend a night time cruise before heading off for tapas and sangria in the popular Triana district.


While many visit Valencia as a calmer alternative to Barcelona, allow us to suggest an even quieter one: Tarragona. Around 110km from Barcelona, this quaint Roman ruin-clad city is reachable in a third of the time it takes to get to Valencia, and its charm is arguably more enticing.

Here you’ll find a compact coastal city that wouldn’t feel too out of place in Italy: think cobbled squares, maze-like alleyways, amphitheatre ruins and secluded beaches all accessible by foot.

It’s the perfect city for a mini break that, similar to Valencia, offers several types of holiday rolled into one. For all of Tarragona’s allure it doesn’t have an airport, but Reus Airport is just 11km away.


Despite its close proximity to Tenerife, just 1 per cent of all visitors to the Canaries make it to La Gomera. This natural paradise – the second smallest of the archipelago’s seven islands – offers more than 600km of waymarked hiking routes, epic driving routes and black sandy beaches with dolphin-dappled crystal clear seas rewarding those who make the fifty-minute ferry crossing.

Due to its rare vegetation, including one of Europe’s largest laurel forests, the entire isle has been declared a Biosphere Reserve and its subtropical rainforest Garajonay National Park is also a UNESCO Heritage site.

On top of this, La Gomera’s climate (a balmy year-round average of 22 degrees celsius) is one of the best in the world; it’s no wonder that Christopher Columbus ended up staying here for a month before finally sailing off on his discovery of the Americas.

1. A Coruña, not Santiago de Compostela


Santiago de Compostela may welcome tourists as the end point of the ancient pilgrimage trail el Camino de Santiago, but its nearby port city A Coruña is certainly worth a visit in its own right.

Just 75km north of the capital of the Galicia region, A Coruña is another of Spain’s Romanesque-style cities and its Old City is home to an exquisite collection of squares and Medieval churches.

At the northern tip of A Coruña’s peninsula sits its national symbol the 2nd century Tower of Hercules, which is the oldest Roman lighthouse that’s still in use today. Seafood is of course a hot topic at this historic fishing point, with local catches including velvet crab, goose barnacle and langoustine featuring heavily on the menu.