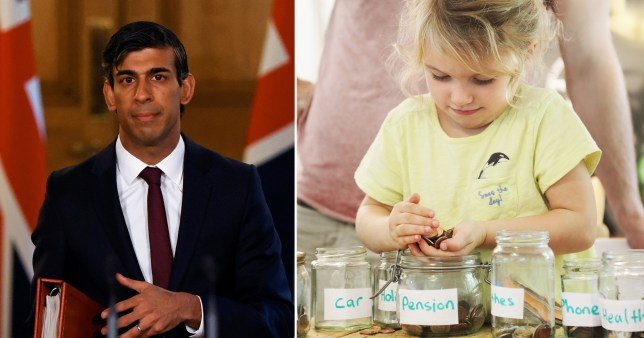 The chancellor increased the standard allowance for Universal Credit and Working Tax Credit by £1,000 a year this March, in order to protect over 4 million of the most vulnerable households until March 2021.

But when Mr Sunak announced earlier this week that the furlough scheme would be replaced by the Job Support Scheme, he made no mention of whether the boost in Working Tax Credit or Universal Credit would be permanent.

In its analysis of the Chancellor’s Winter Economy Plan, the Resolution Foundation – a think tank that works towards improving the living standards of low- to middle-income households – said the UK’s poorest regions could see a ‘major living standards squeeze’ this winter.

By including pensioners and others who would be unaffected, Resolution Foundation predicted the average income of the bottom half of the population could fall by £600.


The report continued: ‘And as things stand that will be deepened by plans to reduce the level of Universal Credit by £1,000 next April, at a time when unemployment will remain high.

‘It is inconceivable that the labour market will be in full health by April, even assuming a rapid vaccine roll-out: the crisis will by no accounts be ‘over’.’

The chancellor’s chief secretary to the Treasury, Steve Barclay, defended the measures as being targeted to roles that remain ‘viable’ but warned ‘we cannot save every job’.

‘91% of lone parents in the UK are women. Lone parents will be particularly likely to be dependant on Universal Credit,’ she said.

‘If you’re trying to work and bring up children at the same time, you haven’t got anyone else to share the care with, it’s quite difficult to work full-time which means it’s much more likely they’ll be working part-time and claiming Universal Credit.

‘The big problem is that if you look at the job losses we’ve got this Autumn, large numbers of those are gong to be in sectors that employ huge numbers of women: Hospitality, high-street retail, so it’s women who are more likely to be claiming Universal Credit and therefore hit harder.’

The report warned that while the Job Support Scheme scheme would stem a rise in Autumn unemployment, it wouldn’t succeed in halting it.

Conservative peer Lord Wolfson, the chief executive of Next, said roles will be shed from the retail industry as consumers make a permanent shift to shopping online.

The concerns come after new coronavirus restrictions were announced across the UK by Boris Johnson on Tuesday, where he encouraged people to work from home and ‘rule of six’ for up to six months .

Britain’s national debt soared to more than £2 trillion for the first time, as the government scrambled to salvage the economy to help the UK survive the coronavirus pandemic.