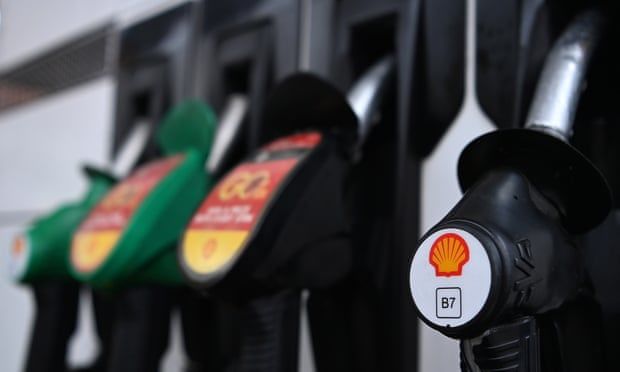 ‘Obscene’ amounts of surplus cash should be used to ease cost of living crisis, MPs told
Oil giants BP and Shell are on course to make a combined profit of almost £40bn this year from the rocketing price of petrol and gas, fuelling calls for a windfall tax on energy firms to ease the cost of living crisis.

Before BP’s annual results this week, anti-poverty campaigners described the profits of oil producers as “obscene” and demanded the government take action to tax their surplus cash to support poorer families hit by rising energy bills.

MPs and unions said a large proportion of the industry’s profits were an unjustified windfall and the government should move quickly to impose a tax before the companies distribute them to shareholders.

Ed Miliband, the shadow climate change minister, said the oil and gas industry’s “booming” profits meant it was legitimate to impose a surcharge that would prevent millions of families from suffering hardship.

A windfall tax is supported by the Tory MP and former energy minister Chris Skidmore, who called it “the right way to go”, and the TUC, which said it was needed to prevent the growth of food banks and the prospect of fuel poverty for millions of people.

BP, which extracts oil in the North Sea, Alaska and the Gulf of Mexico, is this week expected to announce annual pre-tax profits in 2021 of more than £12bn, before signalling that it is on course to make a £15.5bn profit in 2022.

Last week Shell reported annual profits of £14.3bn, which analysts believe will grow to £23.6bn by the end of its financial year in June.

A report for the left-of-centre thinktank Common Wealth found that Shell and BP have channelled £147bn to shareholders via dividends and share buybacks over the past decade, with rival North Sea producers and the big six energy suppliers contributing another £47bn.

Last week the government announced a package of measures to offset rising energy bills, saying it would give all council taxpayers in England with band A to D homes a £150 rebate. It also said it would provide a £200 loan in October to be repaid in instalments over the next two years.

The move followed a decision by the energy regulator Ofgem to increase the annual energy price cap by £693 to almost £2,000 a year, to allow suppliers to pass on the rising cost of gas and electricity.

Oil and gas prices have surged since the global economy began to recover from the pandemic. Strong demand in Asia for gas and the row between Vladimir Putin and European leaders of the Nord Stream 2 gas pipeline have heightened fears of a global gas shortage. A cold winter in 2020 also depleted supplies, leaving stocks low as temperatures dropped in the northern hemisphere in 2021.

Gas prices increased ninefold from a year earlier in the run-up to Christmas and remain five times higher than the level in January 2020. Oil prices have jumped from below $40 a barrel in the first lockdown to more than $80 a barrel.

BP is expected to use its stronger cashflows to hand a larger dividend to shareholders and buyback shares to improve its value on the stock market.

Shell’s chief executive, Ben van Beurden, said in response to calls for a windfall tax: “I’m not convinced that windfall taxes, popular though as they seem, will help us with supply, nor is it going to help us with demand.”

Shell said it was in dialogue with the British government to find ways to alleviate the energy crisis.

Rishi Sunak rejected calls for a windfall tax last week, saying it would deny the sector the funds it needs in the switch to low-carbon sources of energy. The chancellor also said oil firms already contribute to the exchequer by paying a higher rate of corporation tax.

Danni Hewson, a financial analyst at the stockbroker AJ Bell, said investments by BP and Shell in green technologies was “tiny” and only added to calls for them to face a higher tax rate.

“It’s hard not to paint big energy companies as villains when they and their shareholders are profiting from the rising prices that are making life miserable for many hardworking people.” “Both businesses have made huge pledges but the proportion of spend they apportion to green projects is still woefully tiny. Such a gesture would take the sting out of their current good fortune, while benefiting both shareholders and the general public.”

Tessa Khan, an international climate change and human rights lawyer and founder of campaign group Uplift, said it was “obscene” Shell’s shareholders were getting rich at a time when people face “real hardship”.

“In 2020, not only did Shell not pay any tax in the UK, the only country in which it operates where it didn’t, Shell picked up nearly £100m from taxpayers in rebates. Yet, even now, the chancellor is refusing to step in and try and claw some back with a windfall tax.”
Add Comment