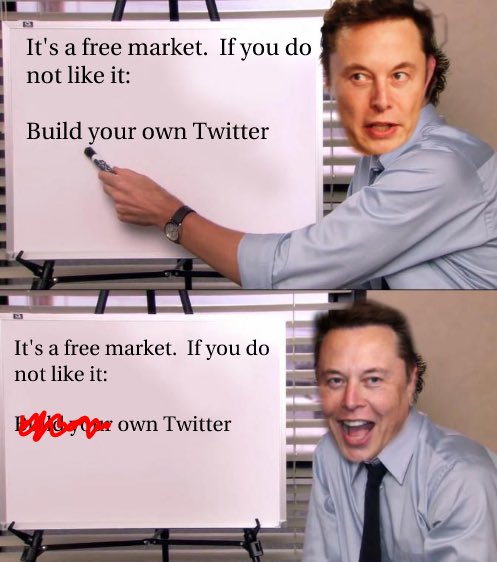 4 Changes Expected At Twitter If Elon Musk Buys It

Elon Musk first made the offer to buy Twitter on April 14, saying he is willing to pay $54.20 per share to buy 100 per cent of the company.

Billionaire Elon Musk is close to clinching a deal to buy micro-blogging website Twitter. The Tesla founder is already Twitter's biggest shareholder (with a 9.1 per cent stake) and has been very vocal about what he doesn't like about the platform.

In a series of tweets and polls over the years, Mr Musk has asked his 83 million followers about changes in the way Twitter functions. These posts also give a glimpse into the mind of the world's richest man who wants to change the way we use Twitter.

The company's board is negotiating with Mr Musk over his $43 billion takeover offer for the social media platform, according to news agency Reuters, the New York Times and Bloomberg.

He first made the offer to buy Twitter on April 14, saying he is willing to pay $54.20 per share to buy 100 per cent of the company. Mr Musk filed the offer with US Securities and Exchange Commission (SEC) and tweeted it out hours before he was interviewed on Ted.

Here are the changes Mr Musk is expected to push for at Twitter:

An Edit button: SpaceX CEO Elon Musk floated the idea of an edit button in a Twitter poll on April 4. "Do you want an edit button?" he asked in his post. The words yes and no were misspelt.

More than four million votes were cast, with a majority of users supporting the idea.

He had further said in a Ted Talk earlier this month that he thinks Twitter users should be able to see if their post has been demoted or promoted so that there is no behind-the-scenes manipulation. He even suggested posting the code on Github so that people can look for errors and suggest changes.

Tackling cryptocurrency scams: Mr Musk's account has been impersonated by scammers who have taken away cryptocurrency in his name. There were reports in 2020 about his account getting hacked.

In January, Mr Musk complained that Twitter is spending engineering resources on profile pictures that showcase non-fungible tokens “while crypto scammers are throwing a spambot block party in every thread”.

“Twitter a de facto public town square”: Mr Musk has also slammed the micro-blogging website of what content is allowed there and what isn't. In another Twitter poll in March, he asked users: "Free speech is essential to a functioning democracy. Do you believe Twitter rigorously adheres to this principle?"

More than 70 per cent users who participated in the poll said a resounding no, promoting Mr Musk to ask if a new platform is needed.