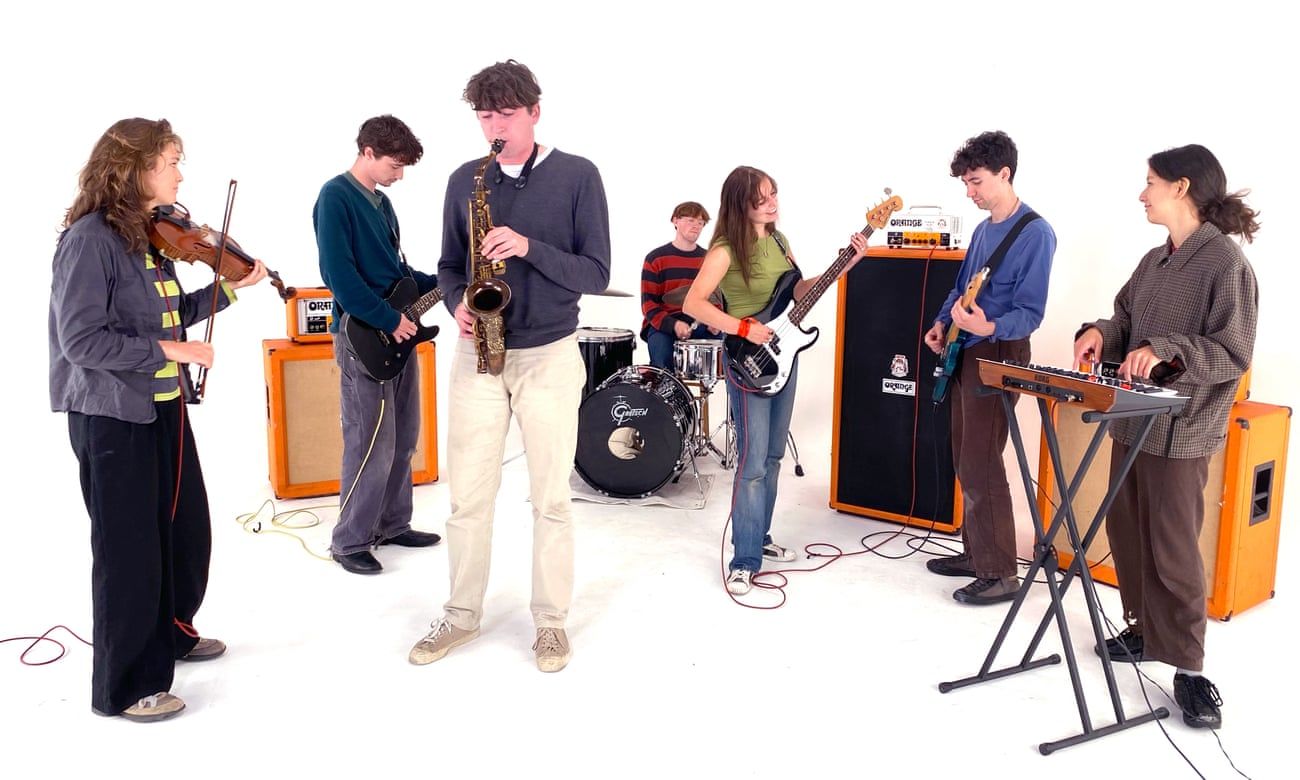 Their debut album is getting the best reviews of the year so far, even inspiring a craft IPA with its lyrics. But this inventive seven-piece are already looking forward to what’s next

“I was expecting sevens out of 10 at best,” says saxophonist Lewis Evans, discussing reviews of his band’s debut album. “Not everyone likes what you do. You discover that on Twitter when you’re played on 6Music: 20% really like it, 50% don’t give a shit and 30% absolutely hate it.”

Despite that demographic breakdown, Black Country, New Road find themselves in a whirlwind of hype. Fusing post-rock, klezmer, post-punk, jazz and art-pop, they have been declared “Britain’s best new band” by Mojo; the Quietus went one further and suggested the entire world, and Evans’s predicted 7/10s have been widely trumped. “It’s weird,” says bassist Tyler Hyde. “We’re just seven best mates making music. The attention is an honour but I don’t really connect with it.”

From Cambridgeshire, they formed in 2018 when barely in their 20s, and quickly whipped up a fervent following. Pre-lockdown saw sellout tours on the back of two 7in singles – Athens France and Sunglasses – both of which go for daft money on Discogs. They even have unofficial merch to keep an eye on: a sour IPA by the Cheltenham brewery DEYA called I Am Locked Away in a High-Tech, Wraparound, Translucent, Blue-Tinted Fortress, named after the lyrics from Sunglasses. “We were a bit peeved they didn’t let us know,” says Evans. “We didn’t even get any free cans.”

BC,NR formed when their previous band, Nervous Conditions, ended abruptly after their singer was accused of sexual assault (he apologised, and said the accusations “fill me with sadness and horror, as they don’t fit with my memory”). They reassembled without him, guitarist Isaac Wood stepping in as singer. “Things were intense and emotionally difficult,” he says. “We were struggling and fragile but the new group represented something very important.”

Hyde agrees: “I had no choice but to carry on making something with these people – I’m so emotionally and musically connected to them.”

Their debut album, For the First Time, is a succinct six tracks that capture an era they call phase one, as they already begin to move into new terrain; it’s tricky keeping them on track to speak about this album instead of the next one. “I’m excited it’s coming out but also happy to put a mark in the road,” says Wood.

Their idiosyncratic post-genre concoction is evocative of post-rock outfits such as Slint, Tortoise and Robocobra Quartet; in fact, the Slint comparisons have been so frequent that Wood worked them into his droll self-mocking lyrics, referring to BC,NR as “the world’s second-best Slint tribute act”. 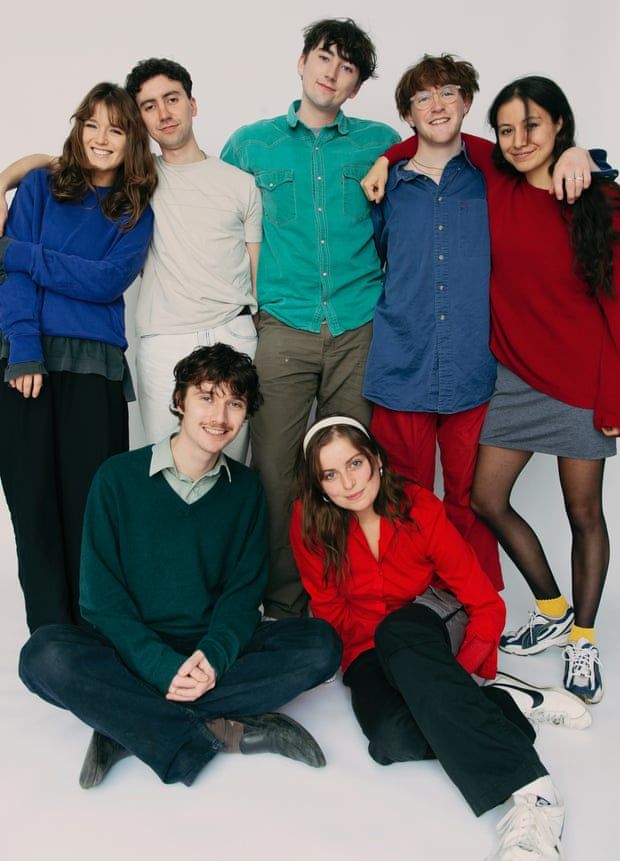 “I don’t mind,” he says. “If you’re listening to us, you’ve probably heard Slint and I think it’s funny to take the piss out of yourself.” Elsewhere, on Track X, they take a pulse reminiscent of Steve Reich’s Music for 18 Musicians and allow it to blossom into the album’s most sweetly melodic and poignant moment.

These disparate styles are turned into music that is exuberantly fresh and youthful, the product of what the band say is a seamless and democratic creative process. “We’re so close that we wouldn’t feel uncomfortable telling someone an idea is a bit shit,” says Evans. “Music for some songwriters is like their baby, but that’s never been our ethos. We change songs all the time and the ability to let go is really important in a seven-person band. You don’t want to be dictatorial. There are six other voices that are incredibly brilliant so what’s the point in ignoring them? It just makes the music worse. If it was up to me, our music would be shite.”

They are abundantly talented musicians – three of them classically trained – but given they formed unexpectedly, Wood’s learn-on-the-job role as lyricist and singer has been tumultuous. “I was scared performing,” he says of the early days. “Our original goal was simple: make music that translated on a shit sound system. There was no space for nuance because we needed it to impact in a small venue. Lyrics were rambling, flowing narratives with a line or two I’d shout for impact. It gave me room to whine about my problems but I was under the impression some things people wouldn’t be hearing.”

Wood’s lyrics – often delivered via caustic and self-deprecating spoken word, and dotted with references to pop-cultural figures from Kanye West to Black Midi – have been tweaked, with earlier versions seen as a failure; the two original singles have been reworked and re-recorded. “Either they change or we stop playing them,” says Wood, with Evans adding: “We’ve grown a lot. We feel like a new band.”

Given the band’s trajectory, do they have grand plans? “We joked about being like Arcade Fire,” says Wood. “Which was funny at the time but we’ve basically written a new album which sounds like that – straight-up indie. Now we’re joking about the Canterbury scene. So, God knows, maybe there’ll be a lute for album three.” Hopefully at least 20% will stick around to hear it.