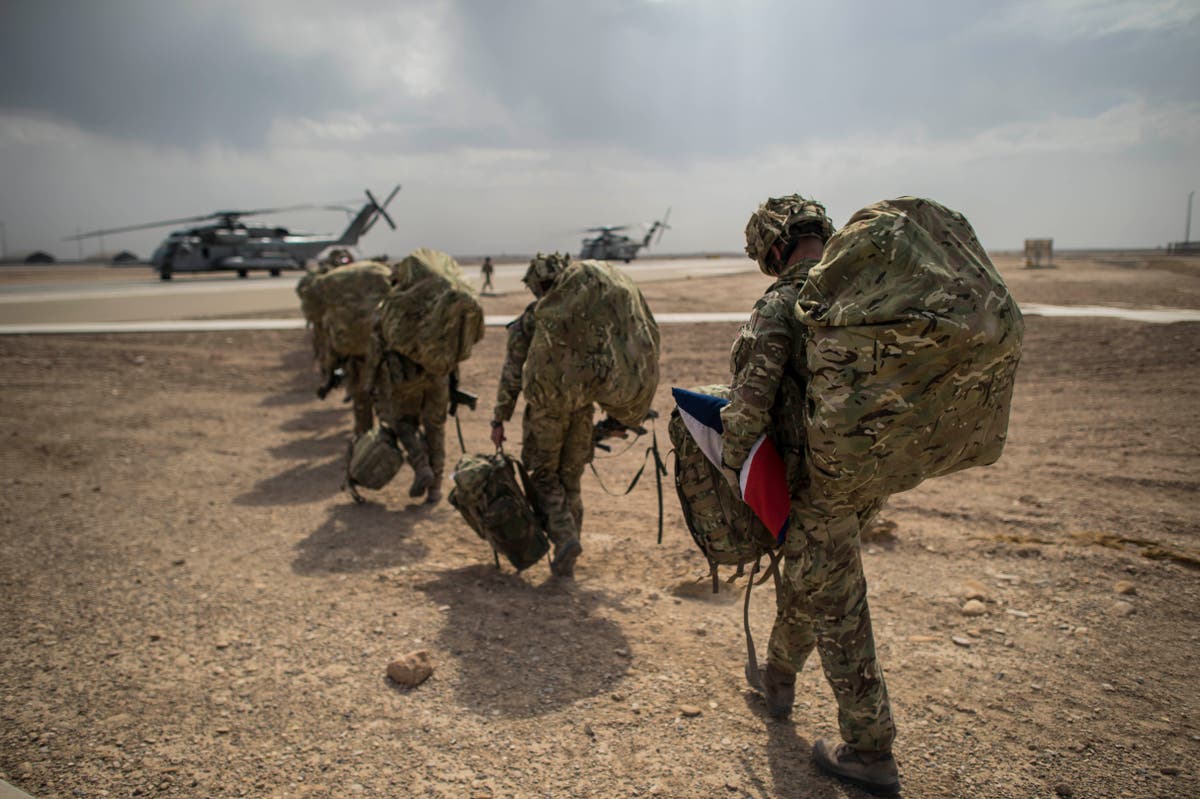 Two hundred more UK troops will be sent to Kabul to help with the evacuation effort in Afghanistan after the Taliban takeover, the Ministry of Defence has confirmed.

Once they are deployed to Afghanistan, there will be around 900 UK armed forces personnel on the ground.

Foreign Secretary Dominic Raab revealed this had been the main point of discussion at the emergency COBRA meeting chaired by Boris Johnson, discussing the crisis in Afghanistan on Monday.

It was the third time top ministers have met to discuss the situation unfolding since Friday.

Also, Mr Raab admitted everyone was caught by surprise by the scale of the Taliban takeover.

The Foreign Secretary only touched back in the UK on Sunday night as he was abroad on holiday while Afghanistan was in chaos.

Asked whether he should have come back from his holiday sooner to deal with the Afghanistan crisis, Mr Raab said: “As we’ve just described, everyone was caught by surprise by the pace and the scale of the Taliban takeover.

“I think the important thing to understand is right the way through last week – and I arrived, was on a flight last night to get back – I’ve been directly in touch with my team, directing them, which has paid the dividends, you can see what we’ve delivered with 150 British nationals who are going to be arriving back in the UK tomorrow morning.

“I’ve been engaged in all the Cobra meetings. I’ve been engaged with our international partners, I talked to Foreign Minister Qureshi from Pakistan on Sunday, I’ll be speaking to (US Secretary of State) Tony Blinken later today.

“So, the reality is the modern business of being a foreign secretary, whether you’re away on travel, or the very occasional time you get to go away on leave, I can always be in direct control of what the Foreign Office is doing.”

The foreign secretary told broadcasters the Taliban takeover was “not what we wanted, but we have to deal with the new reality”.

It was revealed 150 British nationals would be back on UK soil in the early hours of Tuesday morning.

A further 350 Britons and Afghan nationals will arrive in the next few days, Mr Raab confirmed.

He added: “We’re making it clear with our partners with all the means at our disposal, that we will hold the Taliban to account, to its commitments, to have a new start in Afghanistan.

“It’s clearly not going to be to the values that the UK, the west, the European Union, the Americans believe in, but we can have a moderating influence. I think it’s important we use all of the policy tools at our disposal – working with our partners – to try and achieve that.”

Earlier hundreds of Afghans were seen running on onto the tarmac.